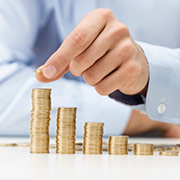 As of now, a new city Local Government Aid (LGA) formula (H.F. 1608 and S.F. 1491) is carrying bi-partisan support from metro area and greater Minnesota legislators, no small feat for a program that has stirred up quite a controversy in recent years. The list of authors includes current House Tax Chair Ann Lenczewski, House Property Tax Division Chair Jim Davnie, and Senate Tax Reform Division Chair Ann Rest on the progressive side and former House Tax Chair Greg Davids and former Senate Majority Leader Dave Senjem on the conservative side.

As noted in a recent Minnesota 2020 article, this new LGA formula represents a compromise among the various major city organizations in the state, with no one group of cities getting everything it wanted, but with the legitimate concerns of each being fairly addressed. The resulting consensus agreement represents the most significant and far reaching LGA program reform in at least two decades.

The interactive map below shows the 2014 aid for each Minnesota city under the new LGA reform proposal, along with what the city is receiving in 2013 under current law, the aid increase from 2013 to 2014 under the new proposal, the percent increase, the city population, and the legislative district(s) that the city is in. The amount in parentheses after the legislative district number is the percentage of the city’s population within that district. 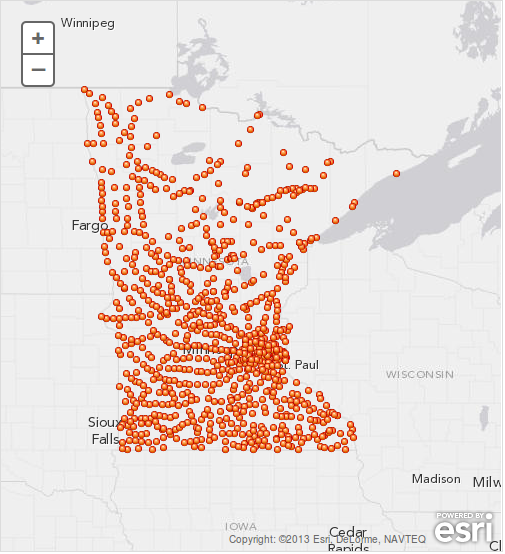 The distribution of LGA is based on the difference between each city’s “revenue need”—which is determined based on the demographic characteristics of each city—and its local “revenue raising capacity”—which is equal to its local tax base multiplied by the statewide average city tax rate.

The current LGA program distributes a significant portion of LGA through “side pots” that are not tied to city revenue need or revenue raising capacity. All off-formula side pots are eliminated under the new LGA reform proposal.

The new LGA proposal also adopts a new formula for determining city revenue need that is simpler than the current law approach, which was criticized for containing too many factors that did not have a relationship to city revenue need that was immediately obvious. The revenue need measurement in the new proposal consists of three separate formulas for cities of different sizes, with no one formula containing more than three factors and with each factor having an explicable relationship to the city’s need for revenue.

Regardless of how much aid a city receives, city officials want an LGA formula that distributes aid in a stable and predictable manner so that they can plan their budgets accordingly. A flaw of current LGA formula is the lack of stability in city LGA payments over the long-term. The new proposal adopts an improved method for apportioning aid among cities which creates more certainty and stability in LGA payments over time. The new distribution is fair because the cities with the greatest “unmet need”—defined as the difference between revenue need and local revenue raising capacity—will receive the largest aid increases.

In the long run, some cities will lose aid under the new LGA formula if their current aid amount is greater than their unmet need. However, only 91 of the 853 Minnesota cities lose aid in 2014 under the new formula, compared to 640 “losers” under the current LGA program.

Staff at the non-partisan House Research Department has touted the new LGA proposal for eliminating both side pots and the annual caps on aid increases, sending more aid to cities with the greatest unmet need, and for producing stable aid payments that will not “bounce around” from year to year. At the same time, House Research staff noted that city aid payments under the new formula can change gradually over time in response to “changing city circumstances.”

In general, House Research staff says the new LGA reform proposal is “easier to understand” and “easier to explain.” The emphasis on simplicity and understandability in the new formula is consistent with the goals emphasized by the Mayors LGA Advisory Group appointed by Governor Dayton in February 2012.

Governor Dayton recommended an $80 million increase in annual LGA funding, resulting in a total annual LGA appropriation of $506 million. As noted in a previous Minnesota 2020 article, this is sufficient to replace a portion of the LGA cuts enacted since 2002.

The 2014 (FY 2015) aid appropriation under the new LGA proposal is identical to that recommended by the Governor. In addition, the new proposal would adjust the LGA appropriation in future years for inflation and population growth to ensure that the real per capita purchasing power of LGA dollars did not erode over time. The absence of any adjustment for inflation and population growth would lead to rising city property taxes in future years even if real per capita city spending remained flat. Claims that an annual LGA appropriation adjustment would lead to unsustainable growth in LGA have turned out to be baseless, as revealed in a recent Minnesota 2020 analysis.

LGA is critical to ensuring that all Minnesota cities can provide adequate public services at affordable tax rates. Governor Dayton deserves credit for putting new dollars on the table to reverse the long-term decline in LGA funding and city leaders and legislators deserve credit for coming up with a fairer, simpler, and more stable formula for distributing LGA dollars. In 2013, state policymakers have the opportunity to make significant reforms to LGA and provide important property tax relief by enacting H.F. 1608 / S.F. 1491.