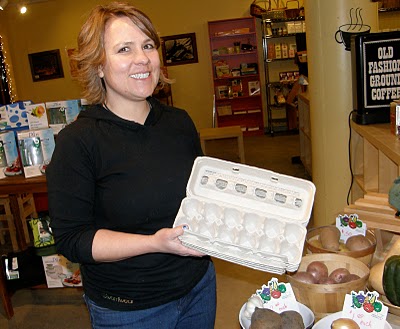 A couple days ago, I went by Local D’Lish to buy some organic dishwashing liquid and some locally raised eggs. Store owner Ann Yin always has some interesting information to share about the local and organic foods movement.

For example, Ann Yin collects egg cartons from customers to give to local farmers who sell their products at farmers markets. Of course, all the eggs sold in Ann’s store use new cartons — the state requires that of stores — but Ann can still help out local farmers by collecting used egg cartons.

Lately, though, the State of Minnesota has been trying to get farmers at farmers markets to use NEW cartons. Which, really, I think is just SILLY and a WASTE OF THE EARTH’S RESOURCES and you should WRITE YOUR STATE LEGISLATOR. In the meantime, though, Ann is still able to take donations of gently used egg cartons. She told me, however, that people should buy their eggs from local farmers, not buy their eggs at a big chain store and then “donate their egg cartons to feel good.” Ouch! 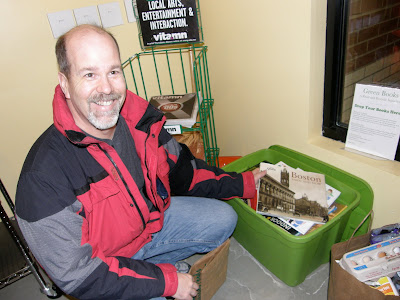 Ann provides space in her store for a book donation project which helps folks at assisted living facilities. The program is run by a woman named Robin White. Above, Robin’s husband arrives to pick up donated books. 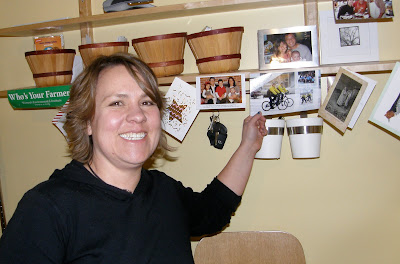 Ann poses with a Christmas card she received from the Minneapolis Bike Cops For Kids, who have their own blog, click here. 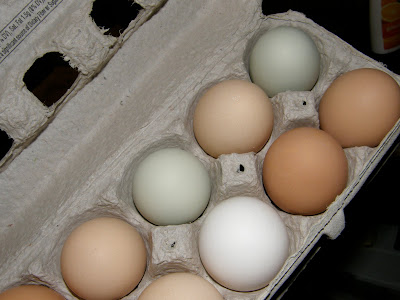 Farm eggs come in different hues, including rare blue-green and olive hues in addition to the more common brown and white. I’d heard of these other egg hues — even saw a picture in a book called Keeping Chickens by Jeremy Hobson and Celia Lewis — but I’d never seen a green egg before. (Well, except in the book Green Eggs and Ham!) 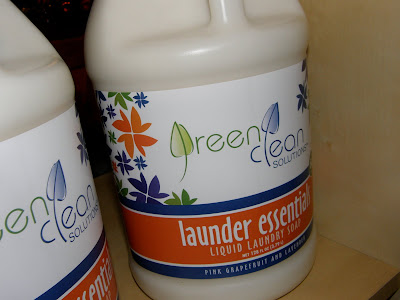 Ooooh, organic laundry soap! It’s $16 a jug, but I am SO BUYING THIS STUFF after my washing machine gets hooked up, which won’t be long now. (Did I mention I love my house in NoMi?) 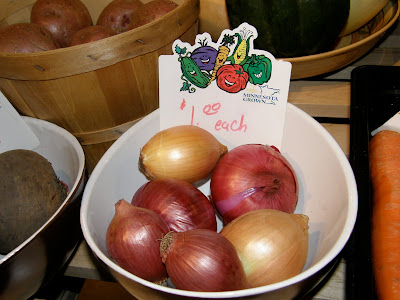 Even in the worst part of Minnesota winter, Ann’s store is like a little farmers market. Some other products I saw but didn’t photograph include goat milk yogurt drink and bison snack sticks. (In fact, as I’ve mentioned before, Local D’Lish has the most extensive selection of bison meat products in the Twin Cities.)

I find it impossible to walk into Ann’s store without buying SOMETHING, and I am renowned for my ability to refrain from buying things. My son Alex — a notoriously picky eater — discovered he likes smoked salmon after having a little sample of the stuff at Ann’s store, quite a culinary milestone, actually. (Since Alex has a father who eats (for example) bugs, I figure the universe just balances itself out with my son’s picky eating habits.)

In any case, support the local foods movement by supporting Local D’Lish.