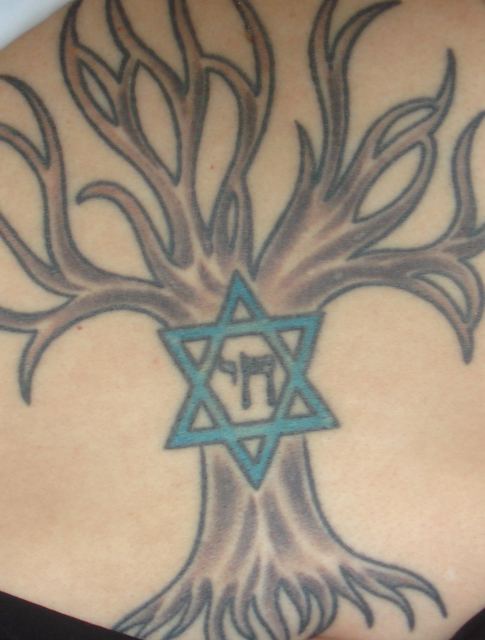 “You shall not make gashes in your flesh for the dead or incise any marks on yourselves: I am the Lord”

The wording of the Torah is important, and we are commanded to study it.

From an historic perspective, the prohibition against tattooing and, by extension, branding and scarification, was intended to prevent ancient Israelites from following the religious practices of non-Jews in general, and Baal worshipers specifically. In biblical times the Tribe lived in close proximity to non-Jews who practiced ceremonial tattooing to honor their gods and their dead, a form of idol worship and something which absolutely must be forbidden for Jews as a way of insuring a strong, enduring, Jewish identity.

In Talmudic times Leviticus 19:28 was widely debated and, in fact, the Babylonian Talmud questioned whether it might be only the names of various foreign gods or even Hashem’s name that should not be tattooed, rather than all tattoos as some were beginning to claim. More than 650 years later, Maimonides repeated, in his Mishnah Torah, the idea that the prohibition was intended to prevent idol and ancestor worship, but gave the opinion that it should be wholly prohibited, whether a tattoo was created specifically as a part of idol worship or not, on the grounds that it appears to be idol worship. This expansion of the ban was maintained in the Shulchan Aruch nearly 400 years later, and so it has remained.

While it is true that tattoos have been considered completely forbidden, regardless of intent, for nearly 1,000 years, there were at least 2,000 years of Jewish life and culture that did not completely ban tattoos, as well as a fairly significant period of time between the two opposing viewpoints where the meaning and effect of Leviticus 19:28 was rigorously debated, an argument that continues to this day. It has even been suggested by a number of archaeologists that ancient Jews practiced tattooing themselves, within a Jewish framework and completely free of the taint of idolatry.

And so the question is not, and never has been, what the original intent of the ban was, but rather what we should do with it today. Torah is never irrelevant, it was given to us in timeless language that grows and stretches with our increasing generations, we will never need to set it aside as each generation builds on the understanding of the last, finding new meaning and new interpretations. In this age, as in all of the ages that came before, we have to ask: what does this mean for us? If a person finds meaning in a tattoo of a magen David, or hamsa or depiction of the Kotel, should we forbid them to have that mark placed on their body?

In our zealous eagerness to prohibit all tattoos, an attempt to insure the greatest level piety and conformation with the laws of the Torah, we may have lost sight of our original mitzvah, to simply not tattoo as idol worship in order to foster a strong, lasting Jewish identity. In the process of increasing our piety and stretching the possible meanings of the mitzvah, we may have prevented others from expressing their Jewish identities in a way that was acceptable for the majority of Jewish history, tattooing. Can we justify prohibiting this practice and, given Judaism’s struggle with identity and pride in the face of assimilation in the diaspora, should we?

If you had to interpret the halacha for all of the Jews in the world what would your response be?