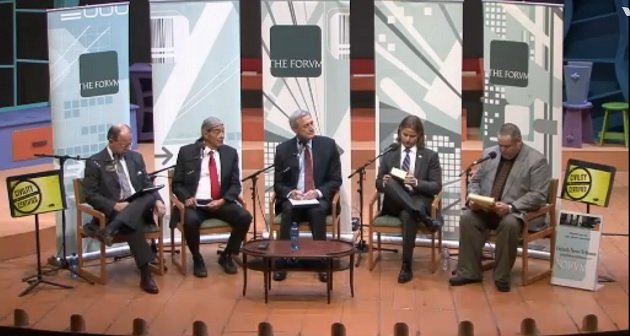 Video of debate below

It used to be automatic. As sure as it would snow every winter, Minnesota’s Iron Range would elect a Democrat to congress. Rep. Jim Oberstar won 18 elections in a row. But redistricting and a changing political climate has made Minnesota’s eighth congressional district harder to predict than Duluth’s November weather. The district has flipped back and forth between Democrats and Republicans three times in the last three elections. Rep. Rick Nolan (DFL) is the incumbent this time, and his Republican challenger is political newcomer Stewart Mills, a young millionaire whose family runs the Mills Fleet Farm stores.

Scroll down for a video replay of the debate.

Spending from outside groups has been intense in the race, fueling hours of negative TV ads — yet the two candidates have yet to debate each other directly. That will change on Oct. 7 when the two meet in their only scheduled debate of the season at 8am in Duluth. The UpTake is working with the Duluth News Tribune and the Duluth Area Chamber of Commerce to livestream the debate. Even with the early start time, expect the Duluth Playhouse to be packed, because it has less than 300 seats.