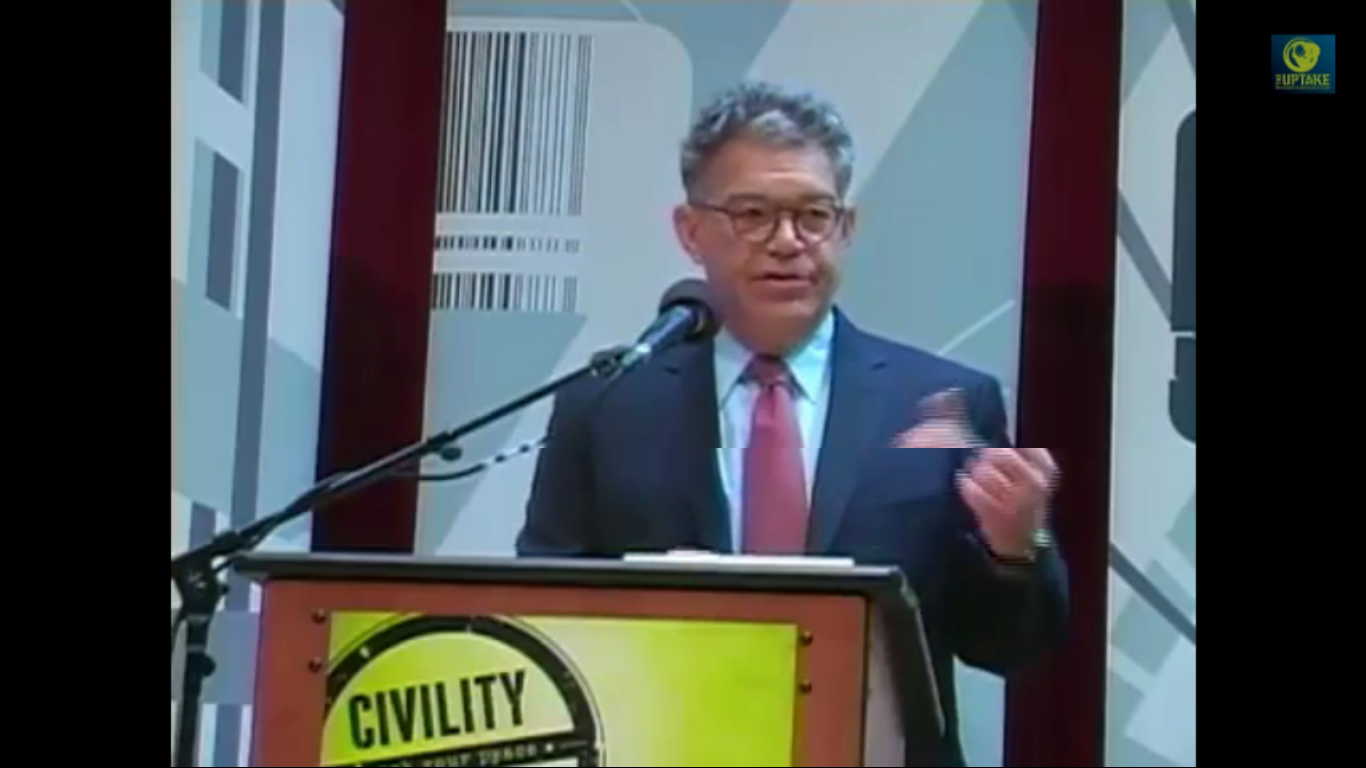 UPDATE, 10/2/14: Scroll down to watch replays of the Franken-McFadden debate and the Minnesota gubernatorial debate.

Sen. Al Franken has been all business and few laughs during his first term in Washington. However, Republican challenger Mike McFadden has been going for the laughs with his campaign commercials showing him taking a punch in the lower extremities from a youth football player.

The two never had much of a chance to mix it up in their pre-primary debate at Farmfest because other Republican challengers were also on stage. The UpTake was the only media organization to provide live video coverage of the Farmfest debate that included several other Republican challengers. So their 8 a.m. Oct. 1 debate in Duluth is the first one-on-one meeting between the two. The Duluth News Tribune and the Duluth Area Chamber of Commerce are sponsoring the event at the Duluth Playhouse.

Franken and McFadden are scheduled to debate two additional times, both Sundays: 10am Oct. 26 on WCCO-TV, and Nov. 2 at the Fitzgerald Theater sponsored by Minnesota Public Radio.

Minnesota’s other big state-wide race also has its first debate on Oct. 1 in Rochester. Tune in at 7pm as Gov. Mark Dayton debates Republican challenger Jeff Johnson and Independence Party candidate Hannah Nicollet at the Mayo Civic Center. The event is co-sponsored by the Coalition of Greater Minnesota Cities, Rochester Post Bulletin and the Rochester Area Chamber of Commerce, and it will be moderated by Jay Furst, managing editor of the Post Bulletin. The event is free and open to the public.

After that, Dayton and Johnson are scheduled to debate four additional times — at 7pm Oct. 8 in Moorhead, 8am Oct. 14 in Duluth, 9am Oct. 19 at Hamline University sponsored by KMSP, and 7pm Oct. 31 on Twin Cities Public Television.