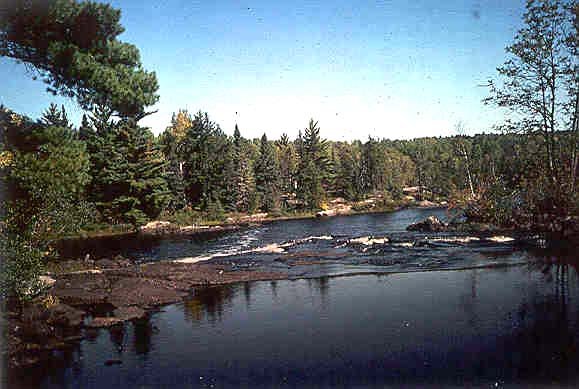 But very strong support for environmental protection. Mining Truth had some polling done about proposed projects in Minnesota.

In the statewide poll, more people oppose proposed mines (32%) than support them (28%) with the rest unsure. In the Eighth Congressional District where the mines would be located, the support outpaces the opposition, by a 40% – 27% margin with the rest unsure…

Respondents in both polls were also unified when asked if mining should be prohibited in areas where the runoff could enter the Boundary Waters Canoe Area Wilderness. 75 percent of the statewide respondents, and 62 percent of the Eighth Congressional District respondents agreed with that statement. A strong majority in each poll also agreed that efforts to create needed jobs in the region should not include relaxing or repealing Minnesota’s current environmental laws.

Even in MN-08, which has the mining industry in the north part and is way too conservative in farm country at the south end, there’s not even particularly close to majority support. Note that Public Policy Polling – that is, the best, among very active, private pollsters – was used.

The picture (titled “Kawishiwi River near Ely,“ from the USGS) is of the sort of setting in the BWCA that will be at severe risk, if the Twin Metals Kawishiwi River project is built and operated without adequate environmental safeguards. And since there is no feasible way to work such an operation (including the proposed PolyMet project, near Hoyt Lakes) even at break-even, much less profitably, with adequate safeguards – not even close – the risk certainly would be realized. Whatever naïve and misguided, if well-meaning, individuals, including plenty in or near political power, might claim.