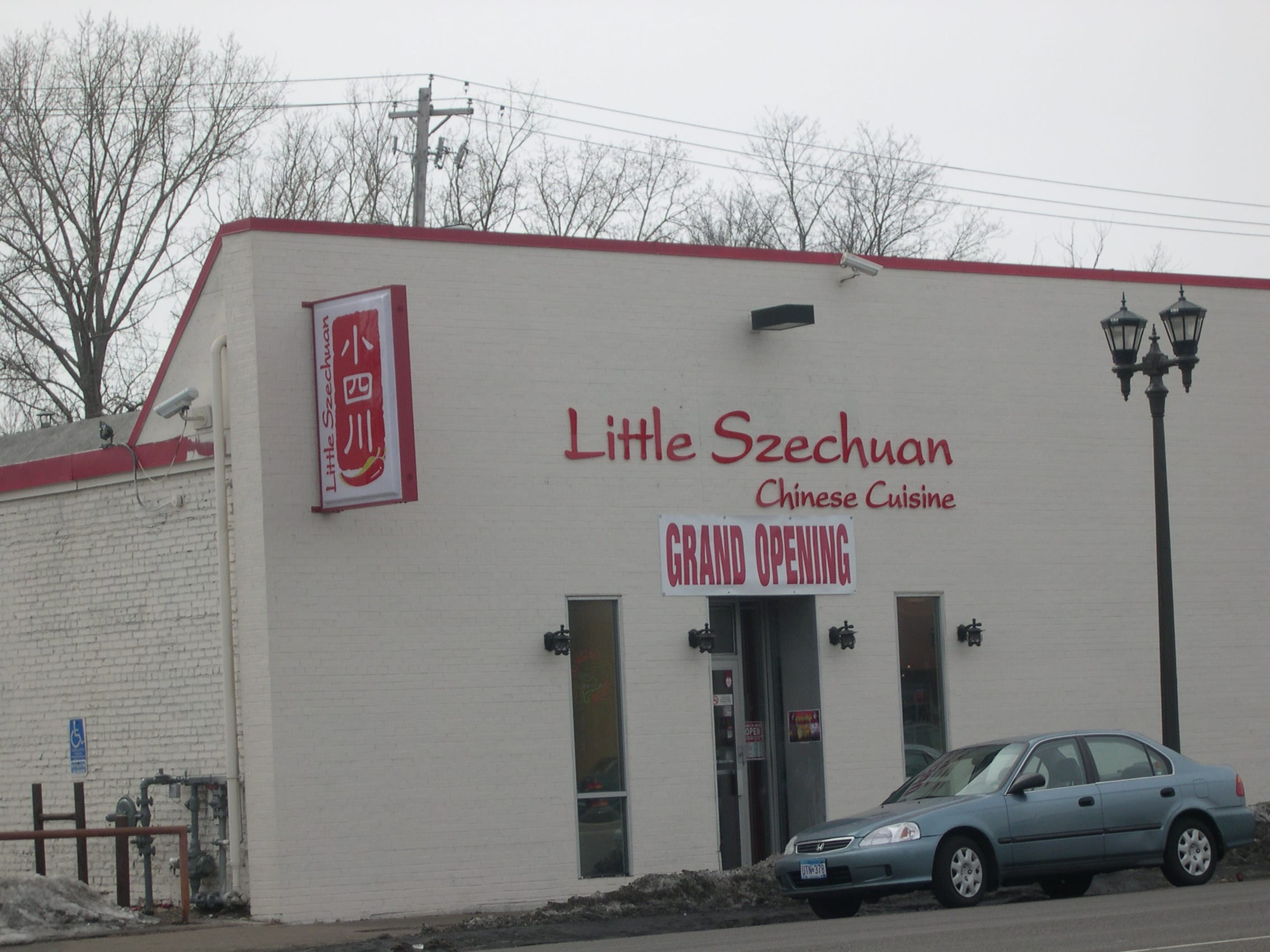 Little Szechuan is one of the businesses that would be included in the Little Mekong district.

“But you are,” replied a resident.

Such is the controversy caused by the Asian Economic Development Association’s (AEDA) project to rebrand the area around the intersection of University and Western Avenues in Saint Paul as Little Mekong. AEDA held a community forum about the project on Thursday, August 11 in the community room of Kings Crossing, the recently opened development at University and Dale Avenues.

Based in Saint Paul, AEDA is s non-profit, economic development organization that focuses on small, Asian businesses. Va-Megn Thoj, the executive director of AEDA, led the community forum, which about 45 business owners, neighborhood residents, and other stakeholders attended. After a dinner provided by the Thai Cafe and Mai Village, Thoj began the forum by presenting AEDA’s project, explaining its goals and the reasoning behind it. Following Thoj’s presentation was an open discussion about the project.

Thoj said that the Little Mekong brand would encompass University Avenue from Mackubin Street to Marion Street in Saint Paul and the cross streets half a block north and south. The purpose of the brand is to create a destination business district similar to Eat Street in Minneapolis or District del Sol in Saint Paul. AEDA hopes that it will draw shoppers from the Twin Cities metro area and tourists from even further. Terri Thao, a board-member of AEDA, said that branding could take the forms of large, outdoor banners, a logo used at participating businesses, and a website.

Some at the forum expressed concerns about the branding project. Some neighborhood residents expressed concern that Little Mekong would supplant their neighborhood and that they did not feel like they fit into that name. Joyce Williams, a resident, suggested that AEDA pick an international name because she said, there are people in the neighborhood who are not from the Mekong River Valley. Irna Landrum, executive director of the Summit-University Planning Council, said that some residents are afraid that their history is being erased.

In response to their concerns, Thoj said that AEDA did not choose a generic name because according to its research, successful districts are ethnically branded, and international districts do not work from a branding standpoint. Thao, who said she is a long-time resident of Frogtown, added that she thinks Little Mekong will not take over other neighborhood names, like Frogtown or Rondo, and will instead co-exist along with them.

Business owners at the meeting expressed support for the name. Business owner Andrew Xiong said that he supported the brand name because he thought it was recognizable.

In an interview Irna Landrum said that this project is complicated because it involves a community that feels like they always lose something when development projects happen. They have lost homes and neighborhoods and are afraid of losing an African American neighborhood. She said that it is tricky to give respect to the different groups that live in an area when giving it a new name.

Thoj explained that the rebranding effort is part of a larger project of AEDA’s that intends to help small businesses along University Avenue between Lexington and Rice avenues survive construction for the Central Corridor Light Rail Transit line. Construction is expected to eliminate street access to businesses, decrease visibility, and curtail parking for businesses along University Avenue. Terri Thao, a board member of AEDA, said that she expects those obstacles to prevent potential new customers from stopping in at businesses and to cause regular customers to go somewhere else. She also said that businesses might have trouble getting deliveries during the construction.

Thoj said that AEDA chose the name Little Mekong to build on the assets that are in the neighborhood. The Mekong is a river in Southeast Asia that runs through Tibet in China, Cambodia, Laos, Thailand, Vietnam, and Burma. Thoj said that many residents and business owners in proposed Little Mekong area are from those countries. He noted that 70 percent of the businesses in that area are owned by Asians.

AEDA did not choose Little Mekong simply because many business owners are from the Mekong River valley. In its literature, AEDA explains that the Mekong holds many meanings for Southeast Asian people. In that region, it is a center of commerce and source of life, but also a force of destruction. Floods and rapids make it dangerous to live by and navigate. Many people also lost their lives or their loved ones when crossing the river to escape the wars that have occurred in Southeast Asian in the past sixty years. By naming a business district Little Mekong, AEDA hopes to draw on the connotations of wealth and life, and reclaim what is for some a painful memory.

To create awareness about the brand, AEDA will advertise it in mainstream and ethnic media. AEDA hopes to co-brand with the Discover Central Corridor program and possibly other neighborhood groups. Co-branding is working with another organization and their brand to find how they can benefit each other.