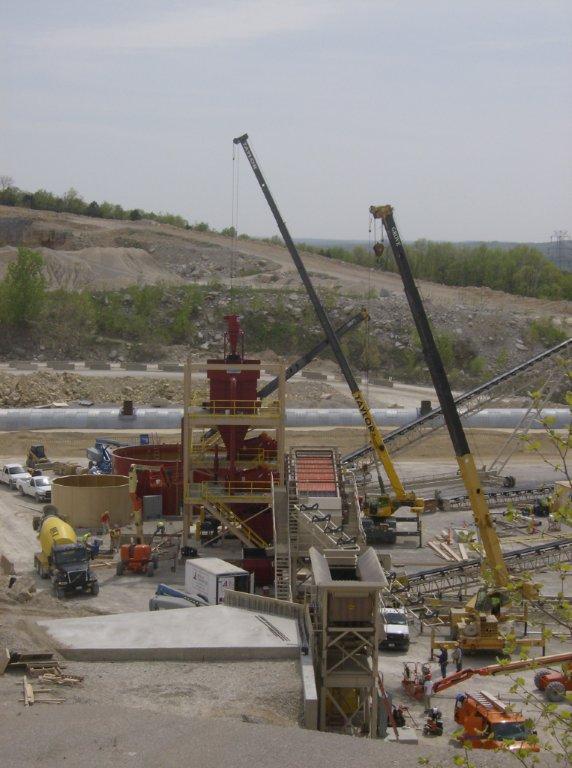 An item in today’s Mankato Free Press underscores the value of workshops of frac sand mining issues and local control that the Land Stewardship Project is hosting tomorrow and a week from now.

In Silica sand request delayed for environmental study staff writer Dan Linehan reports on a contentious meeting between Blue Earth County’s Lime Township board members and citizens concerned about a frac sand processing plant proposed for their community along the Minnesota River northeast of Mankato.

A permit to process silica sand just north of Mankato was set aside indefinitely Tuesday as the Lime Township Board voted to wait for an environmental study to be finished.

This second delay, the first being in July, came at the request of Scott Sustacek. He’s the CEO of Jordan Sands, the Coughlan Companies affiliate seeking the permit. Township Chair Karl Friedrichs said the study would give the board more information with which to make a decision.

The study is an environmental worksheet that the company must complete. However, the Free Press article makes it sound like the board doesn’t believe that it has much power to deny permits:

But, later in the meeting, Township Supervisor Dennis Yetter said that might not be an option.

“We can put restrictions on it, but we can’t just say no,” he said.

The request — which is only to process silica sand; the mining itself happens on nearby land within Mankato — covers land in an industrial zone. And the township would be vulnerable to a lawsuit if it appeared to deny a permit without proper cause.

Friedrichs said, “It’s hard for us to say no. … That’s what we’ve got to struggle with on the board.”

As for the airborne dust, 3rd Avenue resident Beth Proctor said she does not believe the township has the authority to regulate silica sand amounts in the air because Minnesota, like most states, does not have standards in the area.

Proctor said she doesn’t want a lawsuit. Instead, she wants conditions to make the operation as safe as possible.

KEYC-TV reported on the project as well; click here for video of the report.

It’s true: a local government can’t deny a permit for zoned uses without cause, nor can it write an ordinance designed to block one specific business permit alone. However, it can get the time to study the legtimate issues related to land use and write rules based on the findings of the study. This tool available for local government is the interim ordinance or moratorium.

How can citizens and township leaders learn about ways to write interim ordinances, zoning rules, conditions for permits so that they will hold the upper legal hand?  Bluestem thinks they should check out one of two offerings of the Land Stewardship Project workshops in Frontenac & Rushford on zoning & frac sand:

Workshop on ‘How to Use Township Rights to Control Frac Sand Mining & Processing’ in Frontenac and Rushford Aug. 23 & 30

Experts on Effectively Using Township Zoning Powers to be Featured

A workshop on how to use township zoning powers to control or ban frac sand mining and processing will be held by the Land Stewardship Project in the southeast Minnesota communities of Frontenac and Rushford in August. On Thursday, Aug. 23, the workshop will be in Frontenac at the Sportsman’s Club and Community Center. On Thursday, Aug. 30, it will be held in Rushford at St. Joseph Catholic Church. Both workshops run from 5 p.m. to 8:30 p.m. Space is limited and a registration is required by contacting Bobby King at 612-722-6377 or bking@landstewardshipproject.org. You can also RSVP online.  The cost is $10, payable at the door.

“We want Minnesota townships to know that they have the right to restrict or ban silica sand mining,” said Preble Township officer and LSP member David Williams. “The corporate interests pushing these frac sand mines often threaten lawsuits, so we want townships to understand their rights and how to properly use them so if they are challenged in court, they win.”

The workshop was created in response to calls from township residents for more information on how the threat of frac sand mining and processing can be dealt with at the township level. The state of Minnesota has not taken any meaningful action on this issue, despite the evidence in Wisconsin of the harm posed by this type of mining. While southeast Minnesota counties have adopted moratoriums on frac sand mining, many township residents are concerned that adequate county level protections will not be put in place before the moratoriums expire.

In Minnesota, townships have strong zoning authority at their disposal if they choose to use it. Townships can adopt local ordinances that are more restrictive than those at the county level. Many township residents are realizing that it may be up to the township to use this power to make sure the community is protected from the outside corporate interests proposing these large-scale silica sand mines and processing areas.

Presenters include some of the state’s leading experts in township rights and zoning:

• Nancy Barsness has been the clerk and zoning administrator in Pope County’s New Prairie Township for over 30 years. As a consultant for townships, she has helped write ordinances for more than 30 townships.

• Jim Peters is an attorney who has worked with and represented townships across the state. He has helped townships adopt moratoriums and land-use ordinances in response to unwanted development and successfully defended township ordinances in court.

• David Williams is a township officer from Fillmore County’s Preble Township, and an attorney with expertise in township zoning. He has developed a common sense framework for how townships can approach the issue of using zoning to control silica sand mines.

• Kristen Eide-Tollefson is on the township planning commission of Goodhue County’s Frontenac Township, which has developed a comprehensive plan and ordinances to protect the township’s natural resources. The township is in the process of updating its ordinances to address silica sand mines.

Finally, I have to wonder if building a processin plant in the Mankato area signals that other pits will be opened in the beautiful Minnesota River Valley, beyond the sandstone mines Coughlan has left from stone mining. Is Mordor coming to my own native Shire?