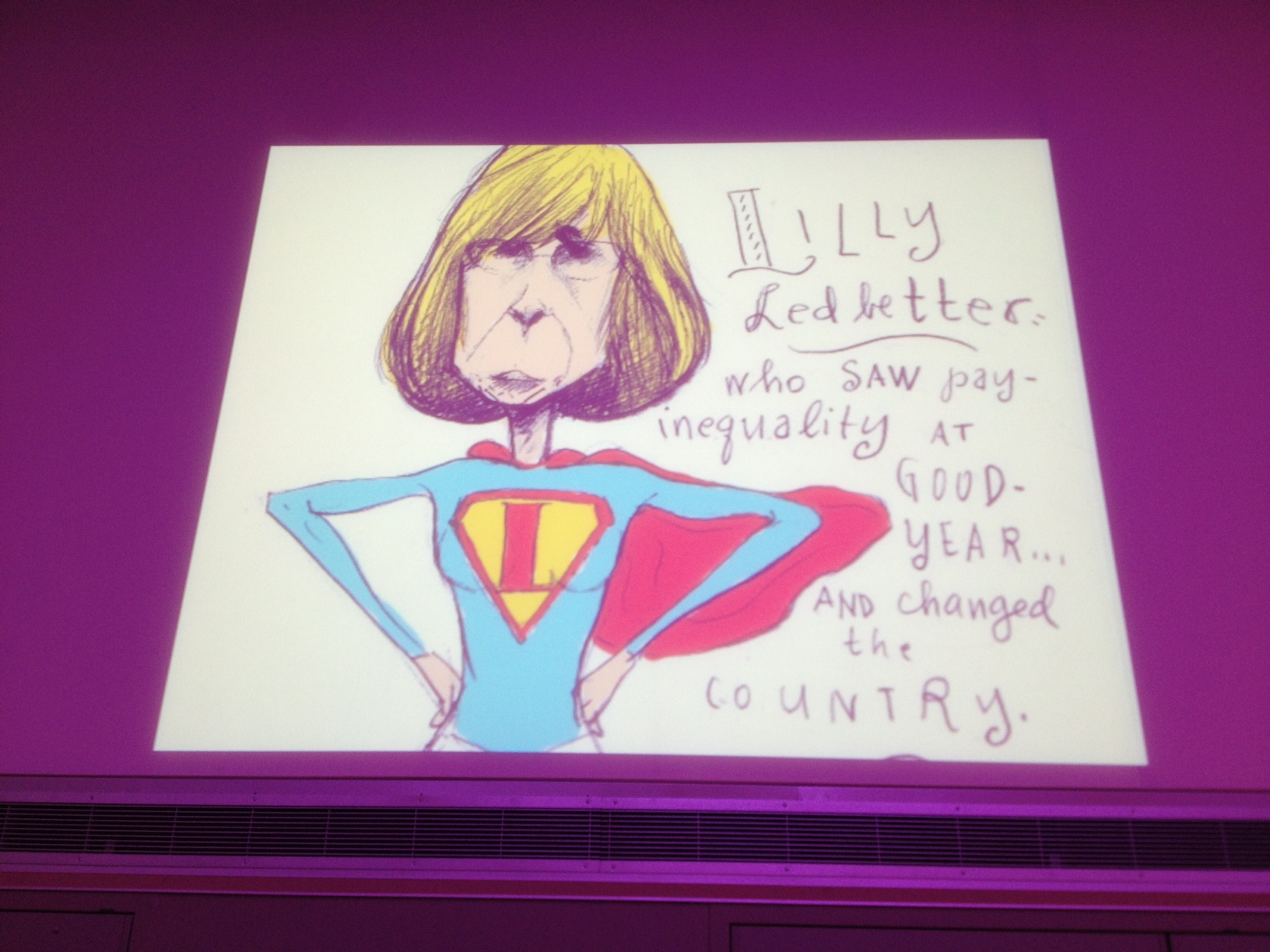 Back in 1998, after working as a manager at Goodyear Rubber for 19 years, Lilly Ledbetter got an anonymous note in her mailbox. The note told her how much her three fellow managers — all male — were paid. They were paid 40 percent more than she was. After her shift, she went home and told her husband and he drove her to the EEOC office to file a discrimination charge, starting on a path that led, eventually, to the U.S. Supreme Court and to the White House.

Wednesday night at Mankato State University, I had the privilege of meeting Lilly Ledbetter in person and then, along with about 800 other people, listening as she eloquently told her own story, beginning in Possum Trot, Alabama and going on to have her name on the Lilly Ledbetter Fair Pay Act of 2009, the first legislation that Barack Obama signed into law when he became president.

“What happened to me and my family, I don’t want to ever happen to another family,” Ledbetter said. She insisted that unequal pay is not just a women’s issue: “When I speak about women, it also affects the men, because this is a family affair.”

For her family, unequal pay meant 40 percent less to pay for their children’s college, and 40 percent less in her retirement income, despite the stellar evaluations, recommendations and even an award from Goodyear Rubber for her excellent work.

Nine months after she filed her complaint, the EEOC official told her it was the best case he had ever seen, but that she should get a lawyer and sue if she wanted to get any money. She did. Goodyear offered her $10,000 — for underpaying her for 19 years. She offered to settle for a mere $60,000, but they wouldn’t budge. A jury of five men and two women awarded her $3.8 million in 2003. The judge knocked down the award to $360,000. Then Goodyear appealed.

When Ledbetter’s case got to the Supreme Court, the George W. Bush administration opposed her. In November, 1006, the Supreme Court threw out the judgment. Ledbetter has never gotten a dime. Nor has her attorney. Her retirement pay and social security are still based on the 40-percent-less that she was paid all those years.

According to the Supreme Court, under the Equal Pay Act — which dates back 50 years to 1963 — Ledbetter should have filed her complaint within 180 days of the first act of discrimination. In effect, she should have filed within 180 days of hiring, some 18 years before she discovered the discrimination. That, despite the fact that Goodyear company policy was that discussing your salary with another employee was forbidden and a firing offense.

“It was never about the money,” Ledbetter told us. “It was about what was right.” So she kept on fighting. The Lilly Ledbetter Fair Pay Act changed the law. Now you can sue within 180 days of any discriminatory act, and each paycheck is a new discriminatory act.

“I’m just the tip of the iceberg,” Ledbetter said. “One person can start a battle, and it takes a lot of us to win the war.” 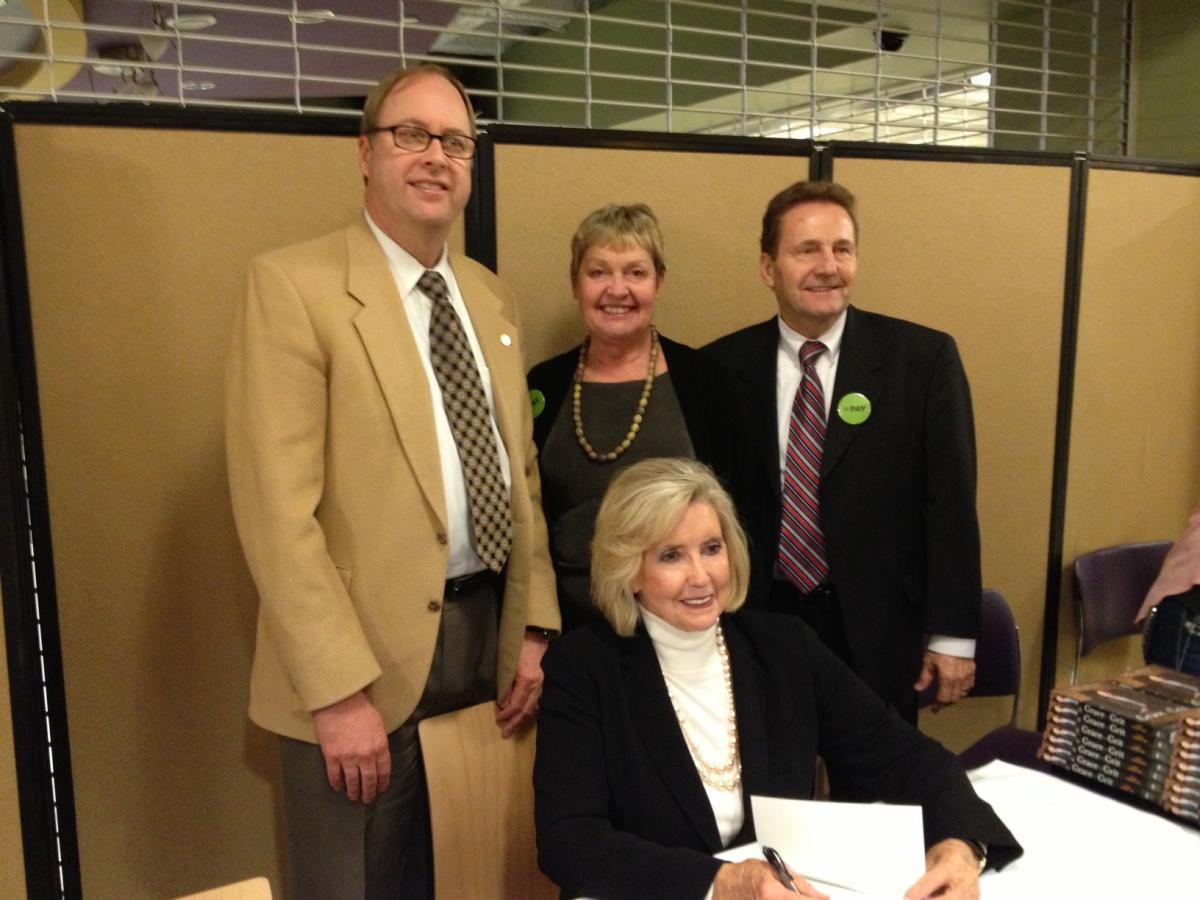