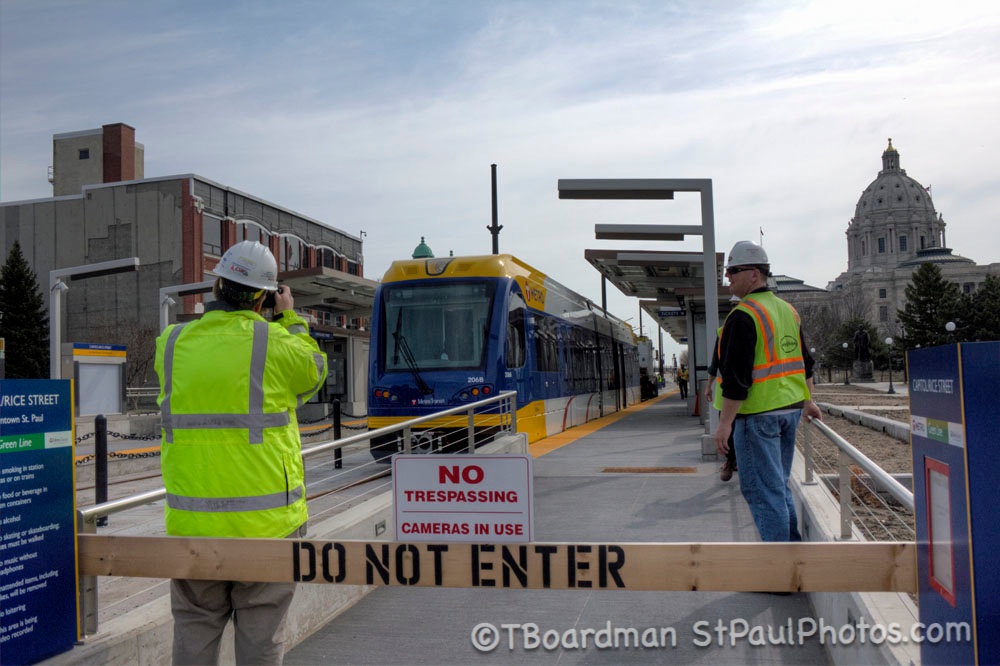 An LRV is a light rail vehicle. I like to call them trains. On Sunday there was a test of the new Greenline in St. Paul. Apparently it is the first of many. They have to make sure that the trains actually run on the tracks without hitting anything or to “verify clearance for LRV’s.”

“ST. PAUL – April 28, 2013 — The first light rail vehicle is making its inaugural appearance today on the Green Line (Central Corridor LRT), albeit not under its own power.

A railcar mover that resembles a semitrailer cab is towing a new Green Line LRV at walking speed on the tracks from Minneapolis to the new operations and maintenance facility in St. Paul. The trip should take eight to 12 hours.”

It took about four hours and it was fun to be there to photograph the first LRV being pulled around town. 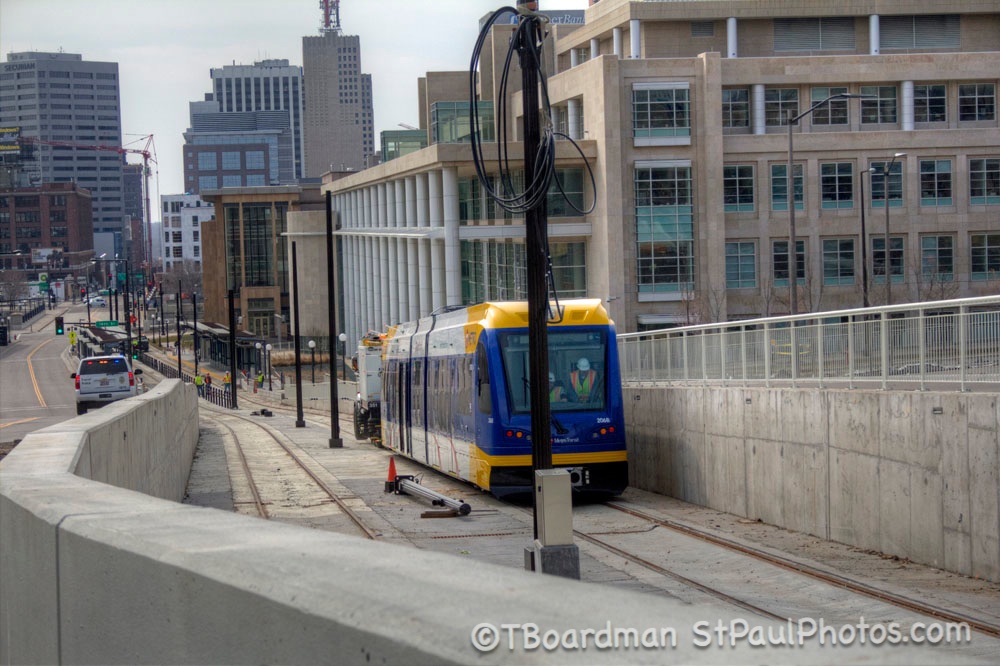 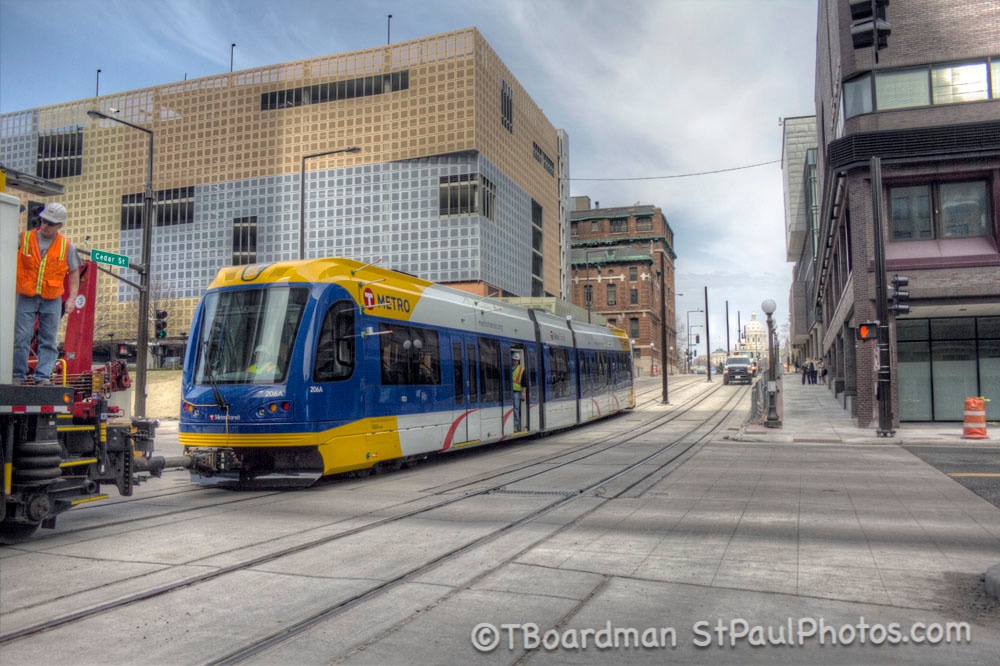 At top: University and Marion