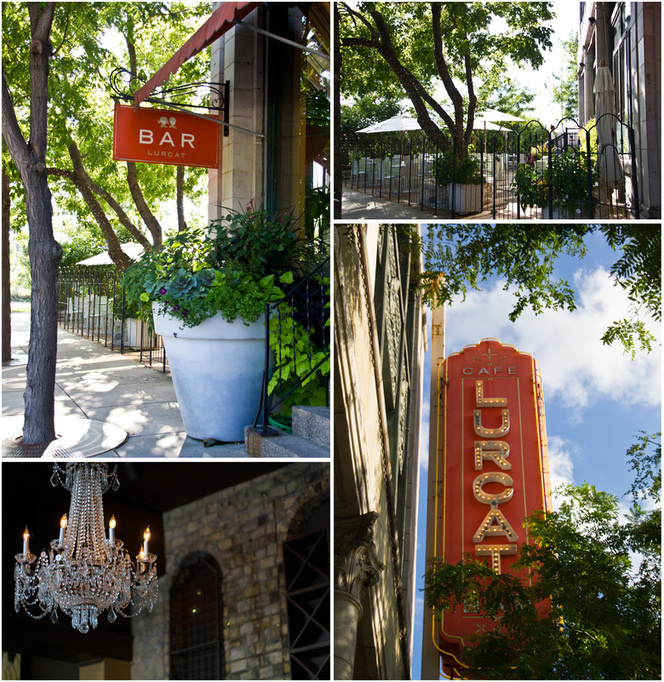 Perhaps you’re already in the know about the Minneapolis 81 blog, be it via social media or simply word of mouth. Blogger Janelle Nivens, who resides in Armatage, is making a buzz with her lofty endeavor to explore and cyberly document each of the 81 neighborhoods in the “Minneapple,” a fact she learned about the city last winter. “Right then I made it a challenge to myself to walk through them all,” she says. Nivens began her trek this last spring.

Nivens makes a point of never touring alone, however, and seeks out guides to give her the inside scoop. She has toured with all sorts of folks, from the founder and CEO of Bedtime Bones LLC (an organic chamomile dog treat designed for your dogs bedtime) and food blogger Angharad Guy to Twin Cities Daily Planet’s own Jay Gabler on a tour of the Stevens Square/Loring Heights neighborhood. Without an established criteria for her tour guides, Nivens appoaches each without preconceived notions and also plans to do more than one tour a pop, too, for variation.

Thus far 12 tours have taken place, with two each of Waite Park and Kingfield. Some of the locations are proving to be more elusive than others, namely Kenwood and East Calhoun, according to Nivens. “It’s funny because it’s all the lake neighborhoods I’ve not heard a peep from,” she says. (Residents of these areas take note.) But being the urban hiker living in Southwest Minneapolise she is, Nivens is familiar with that turf by default. It’s the tours in Central and Northeast Minneapolis she finds herself “most excited about because it will be completely new.”

A recent brainstorm on how to obtain varying perspectives gave Nivens the idea to hand the children who toured with her a point-and-shoot camera. “I just love the idea of getting photos from a younger citizen’s perspective,” she says. With only one camera to share, Nivens has put out a call for donations to purchase more.

Nivens’s sensitive and contemplative approach towards collecting the weird and the wonderful is what makes Minneapolis 81 shine. The blog is not only a great resource both for local folks in search of a guide to unfamiliar neighborhoods and tourists looking for something more than the usual commercial schtick, but it also serves as a bulletin board of sorts for the odd stories and forgotten gems in our city. Even experienced Minneapolites like Nivens are prone to overlooking the human element to contextualize their discoveries—one thing that the project strives to do.