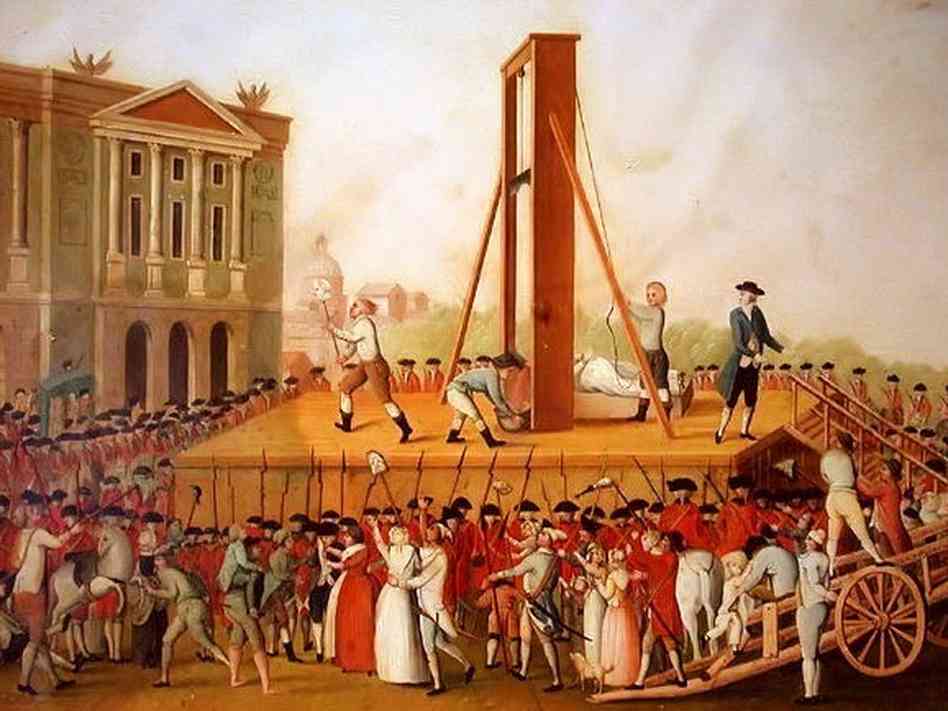 On Bastille Day, I posted a little screed on Facebook proposing that the French Revolution, which erupted 225 years ago on July 14, 1789, disproves the adage that history is always written by the winners. At least in English, I argued, the history has largely been written by people sympathetic to the aristocracy, supposedly overthrown in the name of equality, along with liberty and brotherhood.

As a recent example of this phenomenon, I cited Simon Schama’s massive Citizens, a history of the revolution that emphasizes the brutality of the revolutionaries while adopting a much warmer perspective toward Louis XVI.

In response, an old friend of mine posted a comment asking me who, in fact, actually “won” the French Revolution – or whether there is even a coherent answer to that question?

Since then, I’ve been turning her question over in my mind and I’ve come to the conclusion that I was wrong. The history of the French Revolution has not been written by the losers. It’s been written, in a way, by the winning side.

Let’s begin by examining some of the principal characteristics of the Ancien Régime. Under the political and economic system in place prior to 1789:

1. Aristocrats did not pay taxes levied on commoners and when they did pay taxes, it was at rates much lower than those extracted from everyone else.

2. Were the recipient of royal charters and grants that gave individual members of the gentry, and some times entire families, monopoly control even over necessities of life, like salt and flour. This was the basis for the rentier, or rent-seeking class — what today, we might call “crony capitalists.”

3. Were the beneficiaries of a two-tiered system of justice, one for the gentry, another for everybody else.

True, aristocrats were occasionally imprisoned or even executed, but this was almost always as the result of blatantly treasonous actions or crimes whose enormity made it impossible to keep them under wraps.

Even when judged guilty of capital offenses, aristocrats were often given the option of going into exile. At the bottom of the heap, impoverished peasants and urban dwellers were dealt with harshly and often peremptorily, whipped, tortured and executed even for trivial offenses, often without any pretext of due process.

4. Possessed titles and wealth passed down from generation to generation regardless of individual merit.

5. Had more in common, and in general communicated more frequently with, members of the gentry from other nations than with French commoners.

6. Lived in a country where the principal aim of governance was to protect the gentry’s wealth and privileges regardless of public opinion or the needs of the vast majority of the population. Needless to say, members of the gentry had almost exclusive access to the ear of France’s absolute monarchs.

A quick survey of the news makes it obvious that all of the entitlements associated with the French gentry are currently enjoyed by America’s wealthiest citizens. With one exception.

America’s gentry regularly engage in practices that are, essentially, treasonous in nature, placing personal gain over the national interest, without suffering criminal prosecution. These behaviors range from laundering money for narco-terrorists to trading with the enemy as in the case of American corporations caught doing business with blacklisted nations like Iran.

Today, debt servitude in the United States amounts to a return to feudalism by another name. The rise of crony capitalism, with its collusion between government and the private sector, has created a new rentier class that prospers not by meeting the country’s needs but by effectively exercising monopoly control over banking and finance, health care, commercial real estate, telecommunications, and more.

Meanwhile, the virtual elimination of the estate tax means that our new rentiers get to pass all of their unearned advantages on to the next generation. A new poll conducted by U.S. Trust, a “wealth management” arm of Bank of America, reveals that a majority of Americans under 35 who are worth more than $3 million inherited their money – a sharp rise from previous surveys.

Thomas Pikety’s best-selling Capital in the 21st Century provides the mathematical formula that is at the heart of economic inequality. His answer is an international wealth tax similar to a property tax but levied on the total assets of individuals whose financial worth exceeds a certain limit.

There are other unilateral steps the United States could take that would help and might prove more politically palatable. Some of them include:

1. Reversing recent changes in the federal tax code that treat earnings from dividends and interest – the main sources of income for the top .1 percent – not as income but as a form of capital gains taxed at a maximum of 15 percent. This ridiculous state of affairs is why Warren Buffett pays a lower marginal tax rate on his income than does his secretary.

2. Raising the marginal tax rate on the highest incomes back toward the levels of the 1950s and 1960s.

3. Reversal of the Burger Court’s banker-friendly decision rendering state usury laws unenforceable and reinstating such laws, but on a national level. These laws held the FIRE sector of the economy (finance, insurance, real estate) in check.

This last proposal may seem pretty out there, but in fact, by making it more profitable for investors to make money off money rather than by investing in companies that actually manufacture or produce anything, this Supreme Court decision was one of the root causes of the country’s subsequent de-industrialization and skyrocketing rates of personal indebtedness – and rise of debt servitude.

In the end, however, there’s really only one fact you need to know in order to answer the question “Who won the French Revolution?”

Right now, 225 years after the storming of the Bastille, six heirs of the Walmart family fortune have a combined wealth greater than all the assets of the lowest 42 percent of Americans.

That’s six people with a collective financial worth greater than that of 133 million of their fellow “citoyens.”

Now, this is a statistic that would have made perfect sense to Louis XVI!