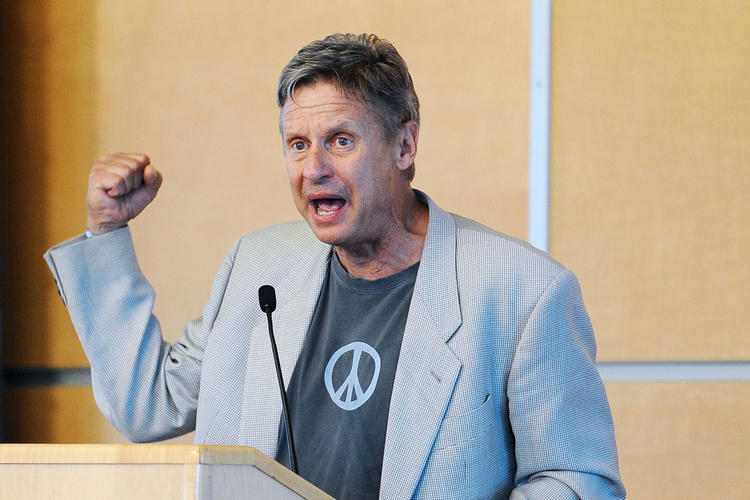 He was preceded by former Minnesota Gov. Jesse Ventura decked in a tie-dye Jimi Hendrix t-shirt, gripping the edges of the podium and passionately endorsing Johnson’s bid for president.

Ventura ran for governor as a Reform Party candidate in 1998 and won.

For some Ron Paul supporters, Johnson offers an appealing alternative.

“He’s as close to Ron Paul as I can get,” said Brandon Zeman, a finance junior at Hamline University.

Voting for a third-party candidate is often decried as “throwing away” your vote, but Ventura and Johnson both called for a different mindset.

“You’re wasting your vote if you’re voting for Democrats or Republicans because you get the same government,” Ventura said.

“I’m just so tired of picking the lesser of two evils,” said Zeman, who added that he will vote for Johnson.

Raymond Lee, a finance and international business senior at the University of Minnesota, said he is still undecided, but that a vote for Johnson wouldn’t be throwing his vote away.

“I think throwing away your vote is voting for someone who you don’t believe in,” Lee said.

In a poll released Friday, Johnson was supported by 6 percent of likely voters.

Johnson asked the group: “What if you all ‘waste your vote’ and vote for me?”

Ventura also hinted at the possibility of running in 2016.

“Gov. Johnson’s laying a path for people to come after him – and that might be me,” Ventura said.