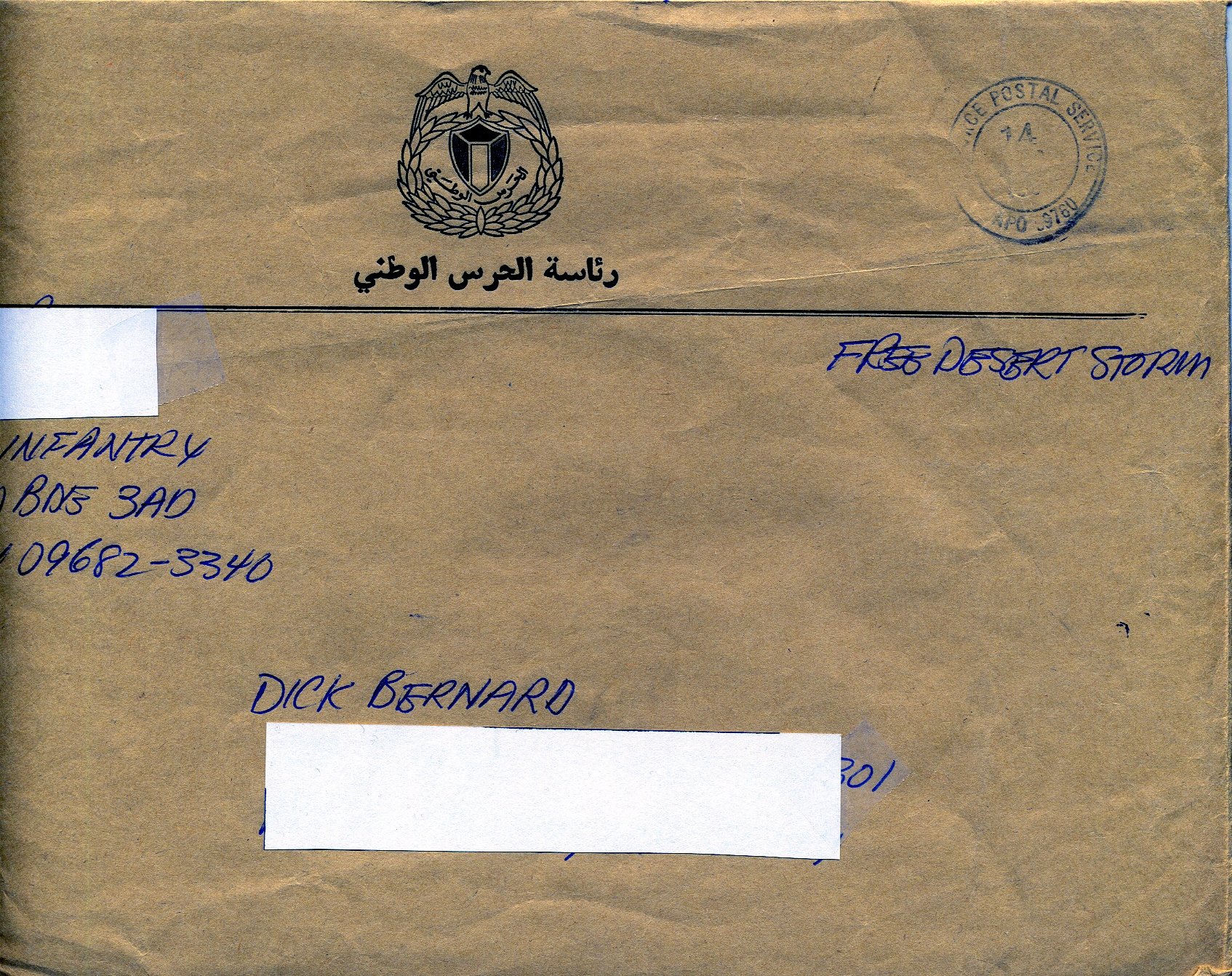 A number of years ago a friend of a friend started a Red Cross project she’d heard about somewhere. The goal was to send Holiday greetings to service men and women who may not get any mail from anybody.

It was a worthwhile project, and when I learned about it, I volunteered.

Lynette Nyman of American Red Cross writes: “”People can still sign and send cards for screening and distribution. They can get information here: http://rdcrss.org/18511fp. The postmark deadline is December 6.”

Today, I finished writing personal messages to 40 unknown service people somewhere in the world. Within the next few days the organizer of the project will collect about 1,000 cards from numerous volunteers like me and forward them to the distribution center.

There are rules: no glitter, no specific religious messages, no inserts or full names and addresses…each of these make sense. So I hand-wrote a note to all 40, following the rules, and sent the cards off to my friend today. It will be my first and last contact. They won’t know me; I don’t know them.

The project reminds me each year of a similar project in the winter of 1991, near 23 years ago. There were different rules, then, and results.

In January of that year the U.S. went to war against Iraq. It was code-named Operation Desert Storm.

I happened to note in Newsweek magazine that civilians could write to military in the theater, and so I did. There were no rules about names, etc., so I included my address, including my own background as a one-time member of an infantry company.

Some time later, much to my surprise, I received a letter from a PFC in the theatre, an infantryman*. It was dated January 9 1991, posted January 14. He said he’d spent three years at the University of Minnesota, History major, then dropped out and enlisted in the Army for two years. It was bad timing for him: Good duty in Germany changed to going to Saudi Arabia and then Iraq. “So far we’re just bored here, but as you know the 15th [of January] is fast approaching. To be honest I’m scared of war. At this time I would rather be on the West Bank of the U[niversity of Minnesota].”

Because he gave his address, and circumstances, I decided to go down to the West Bank Cedar-Riverside neighborhood and take some photos for him, the day the invasion of Iraq began, early Feb. 1991. Here are two, by what was then called the New Riverside Cafe. 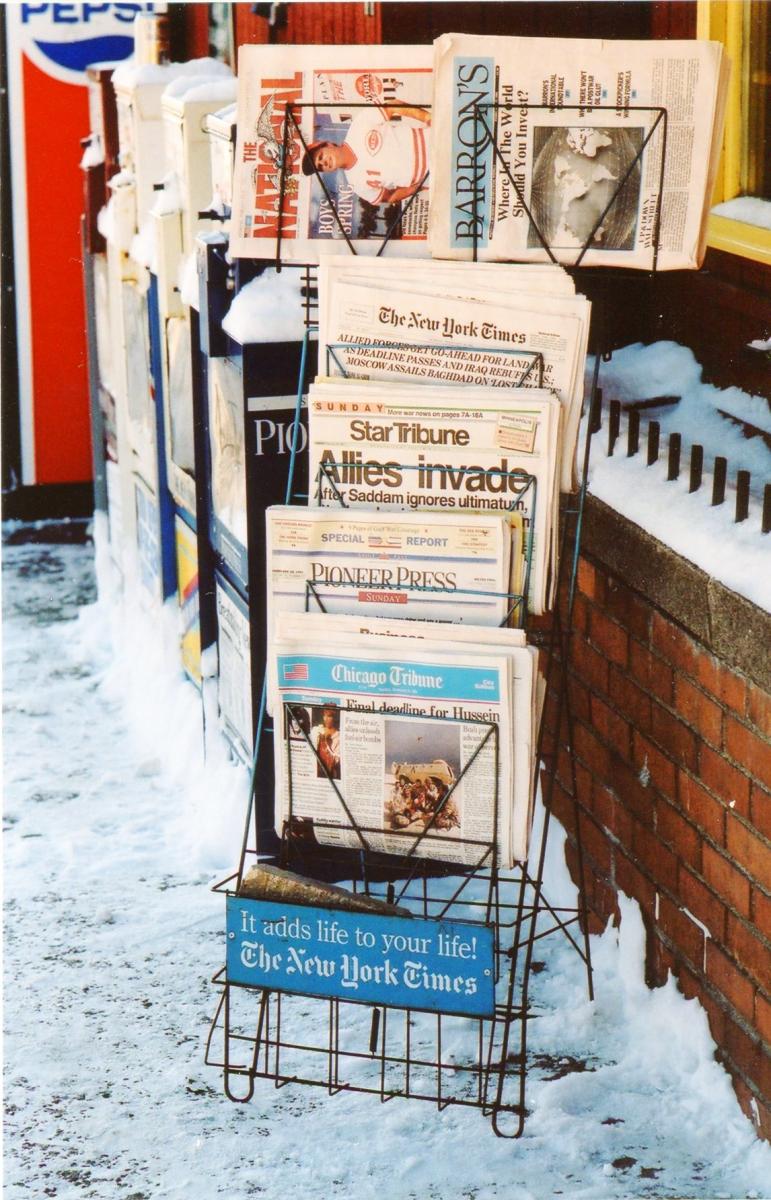 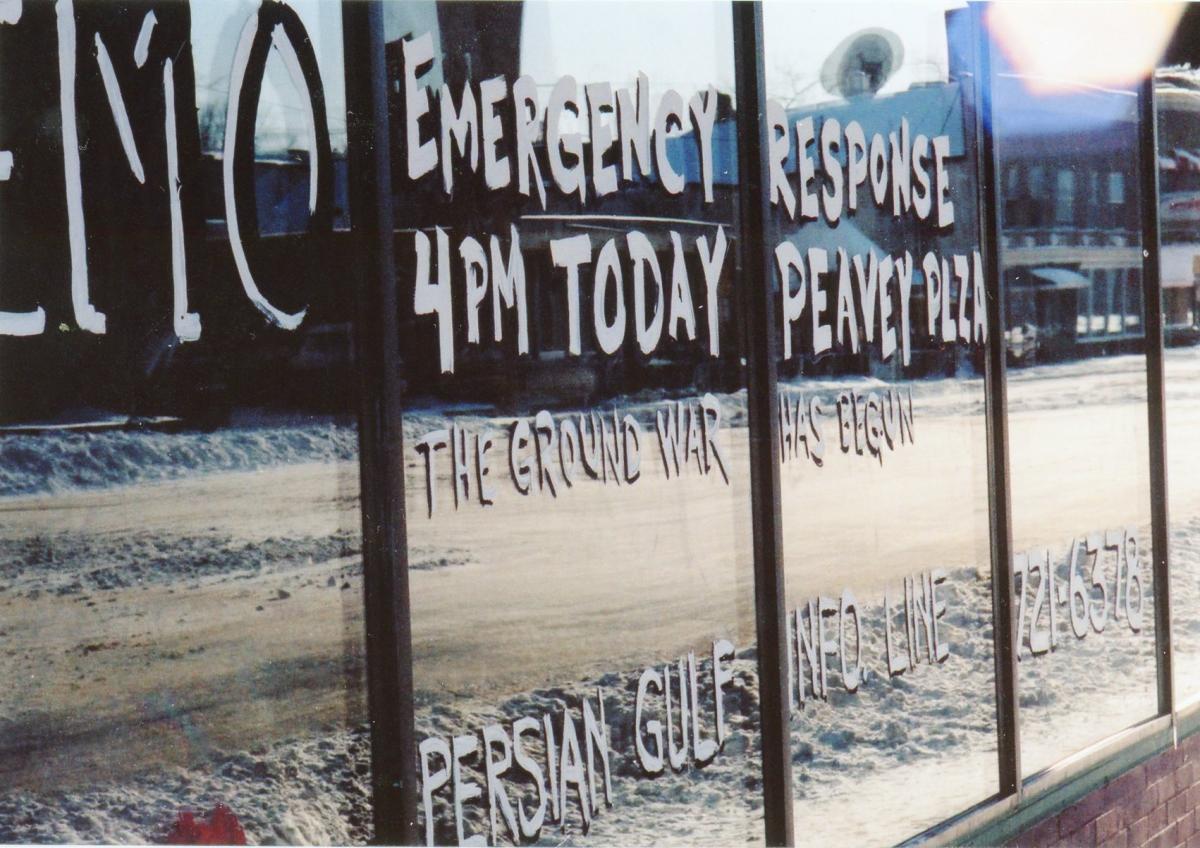 As wars go, Desert Storm was a short one. A military release the PFC sent me gave the beginning and ending dates as 16 January and 20 February, 1991.

On 8 March came the second letter from him, followed by four more with the last 6 April 1991.

The March 9 note, the third letter, is particularly descriptive: “…Now the war is over and we are just waiting to go home…I stand only 20 meters from a destroyed artillery piece. The U.S. totally destroyed the Iraqi army.” 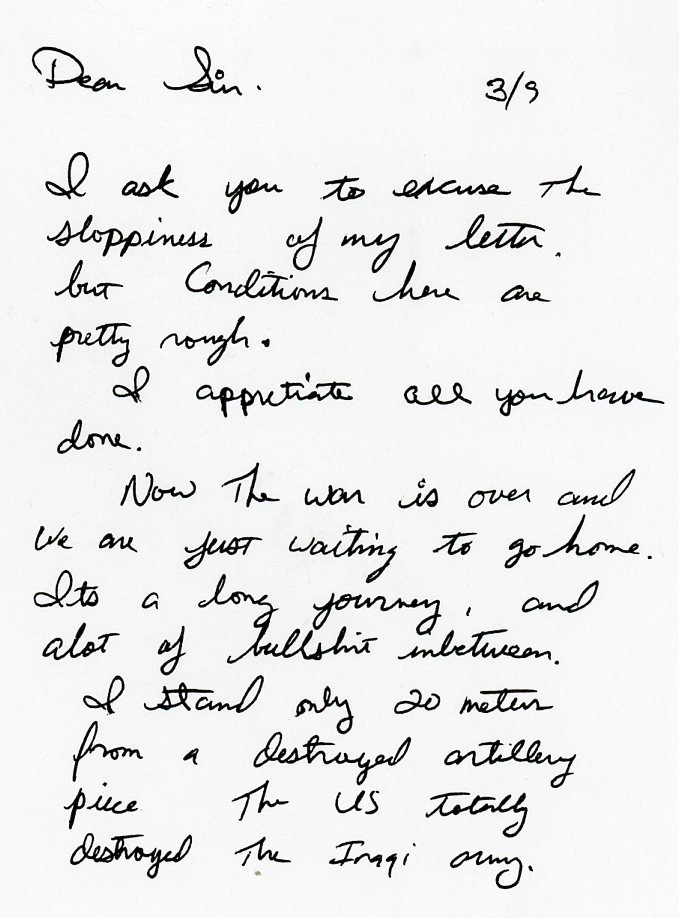 War seems not to be a recipe for Peace. War simply seems to beget the next war. We’re still at what seems to be perpetual war.

Today I went down to the building at which I took the 1991 photos (above). It is now called the Acadia cafe.

Today, upstairs in what used to be the Coffee House Extempore one finds the office of the Twin Cities chapter of Veterans for Peace. 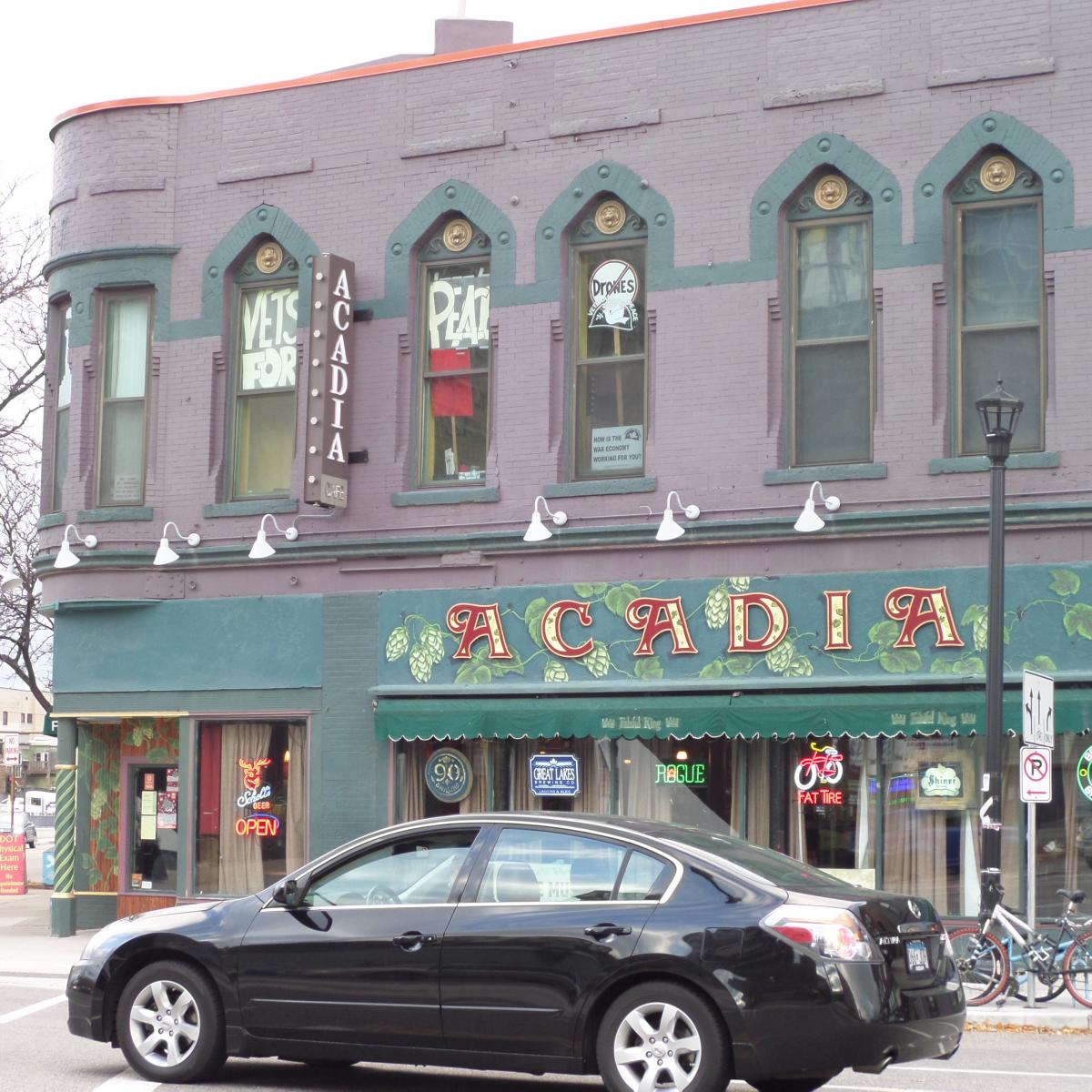 “Let there be Peace on Earth, and let it begin with me.”

* – Two years ago I decided to try to locate the PFC, and I did. We made contact one time and I sent him the originals of his 1991 letters. Given his address, he appeared to have done well in life. I expressed interest in meeting, but nothing happened. There has been no contact since.