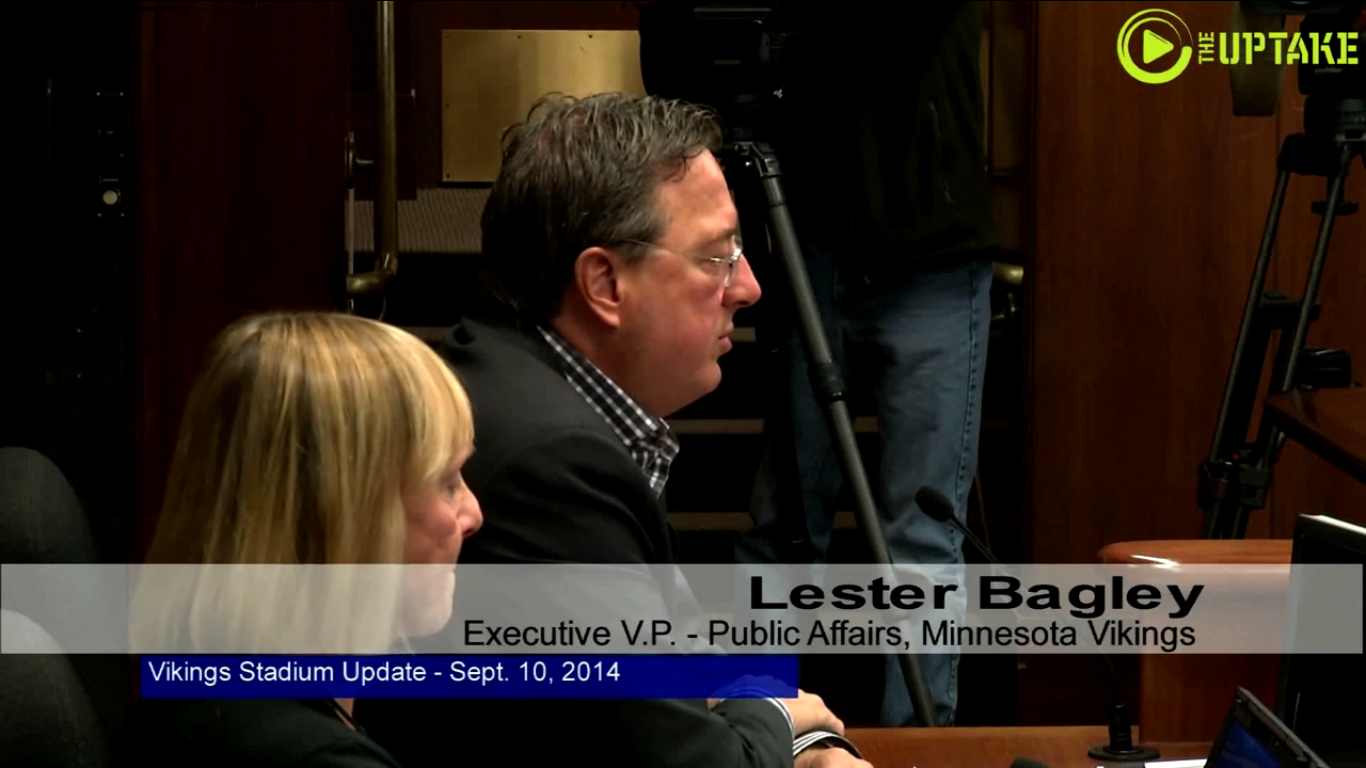 Minnesota Vikings Executive Vice President Lester Bagley says the team is in a “difficult position”. There is pressure on the team and other NFL teams to not use the Washington Redskins name when promoting the game because the name is racist. Bagley says the Vikings are “obligated” to promote the Redskins, but is going to provide opportunities the week of the game for opponents of the name to be heard.

Senator Bobby Joe Champion raised the question Wednesday about using the Redskins name during a hearing about the Vikings stadium that is being partially funded with taxpayer money.

I do have a question for you Mr. Bagley. Are you comfortable talking about the Washington Redskins. One of the things that have been in the media. I’ve gotten some emails from different members of this body. They wanted to know what the Viking’s position is on the Washington Redskins controversy and whether you all … well what you really think about it.

The difficult position that we’re in is that as business partner, we’re one of 32 NFL teams, and we are obligated to market our opposing team, this weekend it’s the New England Patriots, on November 2 it will be Washington. So, it will be, we’re obligated to market our opposing team and we also have asked the NFL to come to Minnesota and to have some dialog with our community on the matter so we’re trying to provide opportunities to make sure that those voices are heard the week leading up to the game as well as having some dialog with the NFL, the university and the Vikings on the matter.