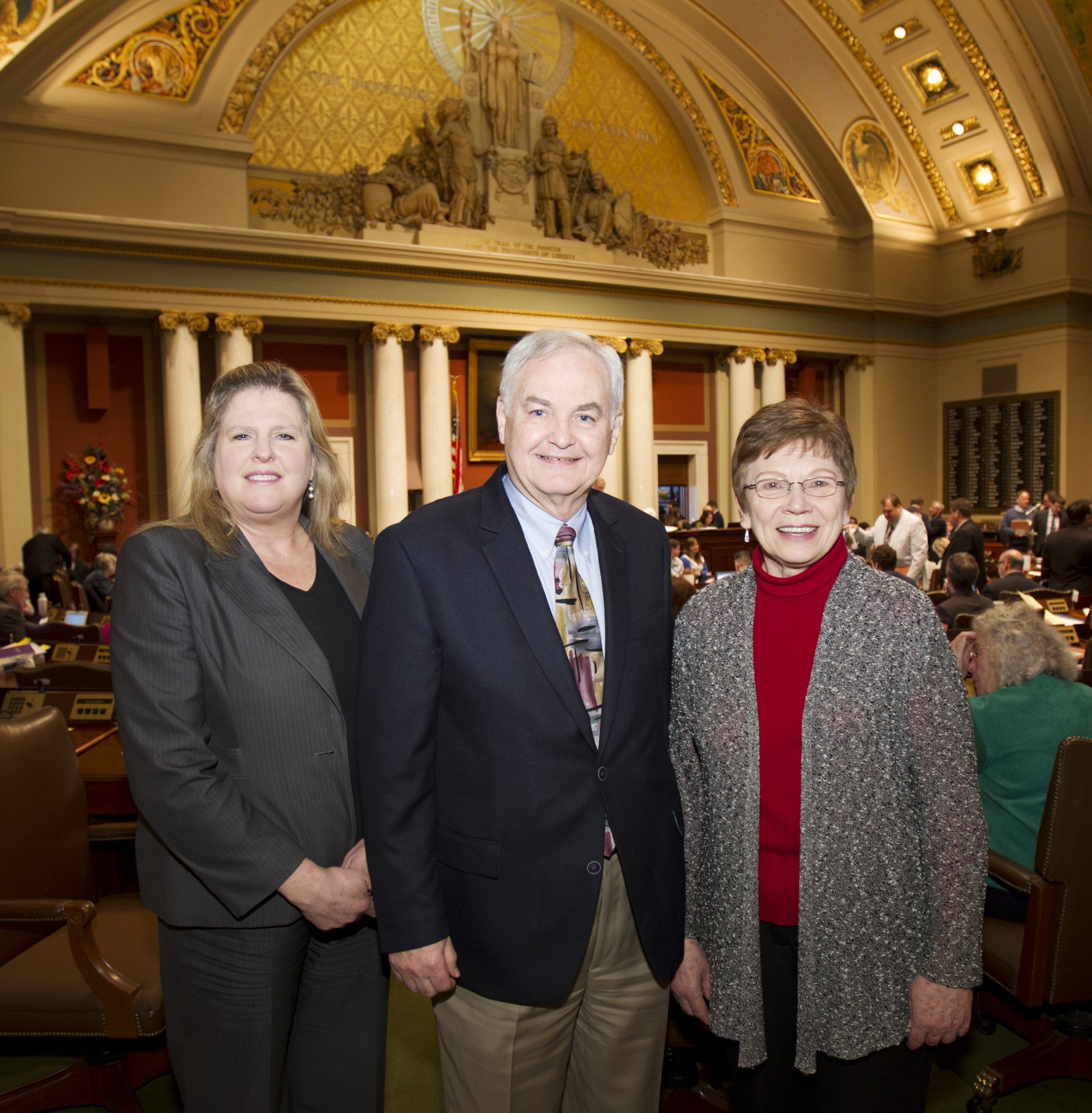 On the menu at the Minnesota Legislature right now is a three-course fiscal feast. The $1.23 billion General Fund surplus forecast earlier this year for the current biennium provided the fixings for a tax bill, supplemental spending bill and bonding bill.

But as the May 19 constitutional adjournment approaches, lawmakers are still trying to find the right balance of tax breaks, spending priorities and borrowing for construction projects.

“That is the framework,” Carlson said, “and the next step for this conference committee is to put together the internal targets, if you will, or dollars for the various articles.”

The status of the bonding bill remained uncertain throughout the week. DFL and Republican leaders last session agreed to limit general-obligation bonding this session to $850 million, which is the amount currently contained in the House bill. Gov. Mark Dayton in his State of the State address on Wednesday called for $1.2 billion. In any case, the DFL majorities in the House and Senate will need Republican support to meet the three-fifths majority that’s constitutionally required to pass a bonding bill.

Hausman said she has an appetite for a bill that’s larger than $850 million, noting that projects like the Lewis and Clark water pipeline in southwestern Minnesota will crowd out funding for projects on college campuses if the Legislature doesn’t arrive at a number closer to Dayton’s position.

“That handshake deal was only a number. The number wasn’t clear about content,” Hausman said.

Senate Majority Leader Tom Bakk (DFL-Cook) said on the Senate Floor Thursday that he came away from a meeting with House Minority Leader Kurt Daudt (R-Crown) earlier in the day with the impression that “at this point at least he didn’t have interest in doing something larger than approximately $846 million in bonding.”

There’s a separate House bonding bill that would spend $125 million in cash. The new House and Senate target for cash bonding is $200 million, which includes debt service.

The $293 million target for the supplemental budget falls in between the amounts that passed last month off the House and Senate floors. Carlson and Cohen also announced $883.5 million tails target for the upcoming 2016-2017 budget period. Dayton earlier in the session proposed $141 million in supplemental spending; he increased his proposal last week by $100 million.

In the news release announcing the $293 million target for the supplemental budget, Carlson and Cohen stated it applies to bills other than HF3172 that spend General Fund money. Other proposals currently moving through the legislative process that spend money include the omnibus pension bill. The House would spend $22 million annually to help the ailing Duluth and St. Paul teacher pensions starting this biennium. The Senate’s proposal wouldn’t begin the pension subsidies until 2017. Resolution of the pension and other funding bills could affect the final price tag of the supplemental budget bill.

The conferees must also make choices between approving permanent spending versus leaving money on the bottom line for the 2016-2017 biennium. For example, Carlson said, the House and Senate both would provide $17 million to the Minnesota State Colleges and Universities system for negotiated compensation increases. The Senate would appropriate the MnSCU funding on a one-time basis while the House would put $28 million of spending in the tails.

Lenczewski predicted the tax bill will be the final course to arrive on this year’s fiscal table. “People should expect the tax bill to close last,” she said.

Differences between the House and Senate include property tax relief for renters, homeowners and farmers. Lenczewski said it will be beneficial for the appropriations in the supplemental budget bill to get reconciled before the tax bill is finished.

“They’re all intertwined together,” Lenczewski said. “That’s why I think it’s much easier for the folks who are sitting on the finance conference committee to solve the education needs from the two sides and what their other needs are.”

As the legislative session approaches its final days, the supplemental budget target is actually a mere portion of this session’s budget-related agenda, Lenczewski said. After the surplus was announced in late February, lawmakers passed $443 million in tax cuts and deposited $150 million in the budget reserve. The fact that lawmakers have already enacted those provisions is a defining aspect of the 2014 session, she said.

“$650 million or so is cleared out of the way, which is amazing,” Lenczewski said. “In the whole time I’ve been here, with Governor Ventura, Governor Pawlenty, in the majority and in the minority, I have never seen that much money resolved that early. It’s just a unique year.”