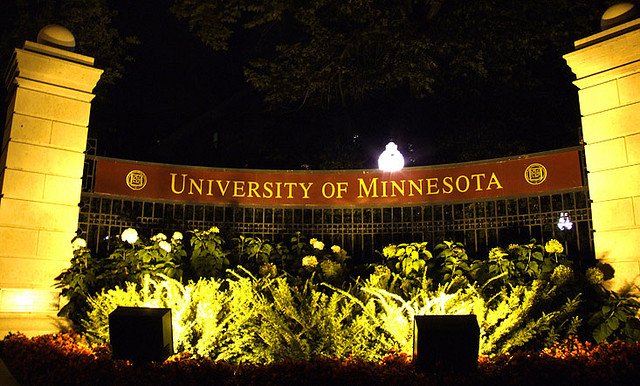 Criticism surrounding the process for choosing the University of Minnesota’s regents has prompted reform, as some state and school officials say it’s loaded with unnecessary political pressure.

During the early months of next year, a public council and state legislators will determine who will occupy five of the dozen seats on the University’s Board of Regents.

But because the selection process has been arguably over-politicized in the past, some legislators will get involved early in the regent selection process in an attempt to ease the decision-making process later on and decrease the amount of campaigning for candidates.

Now, some state lawmakers will sit on the group that chooses regent candidates. That change, some school and state officials say, is vital because politics shouldn’t interfere with who governs the University’s five campuses — especially considering the board’s number of vacancies in the upcoming election.

“With five seats up, that’s important because that’s almost half the board,” Regent Linda Cohen said.

The Regent Candidate Advisory Council, formed in 1988, makes initial candidate recommendations. The council is accepting applications until Friday for four candidates who would serve six-year terms. A fifth position that will serve for two years is also open because of Regent David Larson’s death in October.

The RCAC will select candidates and conduct public interviews in early January. The council will then recommend two to four candidates for each opening, and a joint legislative committee will make its own recommendations to the full state Legislature. Lawmakers will cast final votes in late February.

Sen. Terri Bonoff, DFL-Minnetonka, heads the Senate’s higher education committee and proposed the change to include state legislators on the RCAC this cycle.

This summer, she requested that one-third of the council be composed of lawmakers. Currently, the committee consists of 24 members of the public who serve six-year terms.

“What we’re trying to do with putting legislators on RCAC is perhaps trying to depoliticize it,” Bonoff said.

The move would ensure state legislators are involved throughout the process, she said, and potentially alleviate the amount of work for regent candidates. In the past, they would visit the offices of the state’s 201 lawmakers to garner support.

“We don’t need these people to go door-to-door and campaign. We want you to trust us,” Bonoff said. “Will [legislators] allow us to have their proxy? This is our experiment here.”

But her proposal was met just partway. Instead of including eight legislators on the RCAC, the council will include two from the House and two from the Senate, she said.

Bonoff said that she; Sen. Eric Pratt, R-Prior Lake; and Rep. Gene Pelowski, DFL-Winona — chair of the House’s higher education committee — will sit on the council this cycle. A second Republican hasn’t yet been chosen, she said.

“Hopefully the council will be strong enough to voice their opinions and not just sort of say, ‘Oh, I guess the legislator, he or she, wants it this way and we back off,’” he said.

Even after the House and Senate meet to elect regents, state legislators can still nominate candidates for each regent seat, potentially making the work of the RCAC moot.

This scenario has happened in several of the past election cycles and has generated frustration among some involved in the process.

“People have been literally pulled out of the audience or out of the gallery to be a regent,” Pelowski said.

He said he blames politicking for the problem, adding that Bonoff’s reform could “cool” the highly political climate prior to the combined legislative vote.

“The problem is really within politics itself,” Pelowski said. “We cannot separate ourselves from just playing to our partisan basis.”

Regent candidates had bipartisan support in the past, Regent Linda Cohen said, but the state Legislature has become much more polarized.

When graduate student Regent Abdul Omari campaigned to become a regent in 2013, he said he wasn’t well-versed in politics.

Like most regent candidates, Omari said, he spent a lot of his time campaigning and strategizing to secure a spot on the board.

He said he had to travel to the state Capitol two or three days weekly for three months, adding that he would study there when he didn’t have class or work. He said it was a time-consuming process, especially considering his obligations as a student.

“Some people have to travel, some people have jobs [and] students obviously have class,” he said. “Luckily for me, I was at the tail end of my coursework.”

Bonoff said she hopes the change will help eliminate the need for that kind of intensive campaigning, although she’s unsure whether it will work.

“I think it’s worth a shot, but I think legislators take very seriously their right to cast their vote,” she said. “So they might want to continue it the way it is.”