Robert Forman, grandson of Arthur and Edith Lee,  joins hands with his children and others at Lee Family celebration

Lyrics of the song “Wake Up Everybody” by Harold Melvin and the Blue Notes permeated the air as several hundred people of various races filled a quarter of the Field Community School playground in South Minneapolis on the evening of July 16 while soloist Marie Graham sang:

It was the Lee Family celebration—a time to remember a family who persevered through housing discrimination because of race in a predominantly white, south Minneapolis neighborhood 80 years ago with the support of some people in the community. 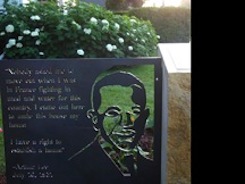 The celebratory event included a six-block walking procession from the Field Community School to the former home of Arthur and Edith Lee for an unveiling of the Lee Family monument and onward to the closing ceremony at McRae Park.

In 1931,about 3,000 of Arthur and Edith Lee’s neighbors protested for days “from early morning to evening” at their home on 4600 Columbus Avenue, throwing rocks at and hurling paint on their newly purchased home. The Lees refused to give in and did not leave until about a year later—when Mr. Lee decided it was time to go as a result of his wife’s request and not as a result of the relentless threats of an angry mob. Robert Arthur Lee Forman, a grandson of Arthur and Edith Lee, shared the history of his family. The young Mr. and Mrs. Lee endured threats and harassment that extended to their six-year-old daughter, Mary. She could only go to and from school with a police escort, and wrapped in a blanket for safety. The family reeled from the stoning to death of their family dog Buster. 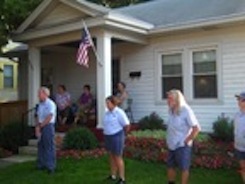 Attempting to assist the family, Lena Smith, an African American attorney and NAACP member, made a public plea to local newspapers. Those who responded favorably included white World War I veterans and United States postal workers who showed up to help guard the Lee family home, along with police. (Mr. Lee was a WWI veteran and a U.S. postal worker.)

Forman said about a year after his grandparents moved into their new home, the Lee family moved into a rental property at 3512 Clinton Ave South for a short time before moving into the next home they purchased at 3528 Clinton Ave in south Minneapolis.

During the time of the race riots, Arthur Lee was quoted telling the Tribune newspaper:
“Nobody asked me to move out when I was in France fighting in mud and water for this country. I came here to make this house my home…I have a right to establish a home.” 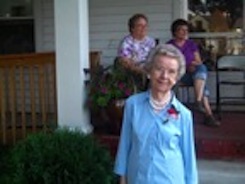 These words are set in the monument sculpture, which is erected on the corner-edge of the beautifully manicured lawn at 4600 Columbus Avenue South, at the home now owned and occupied by Mrs. Pearl Lindstrum, who has lived there since 1958.﻿

Lindstrum was asked, “What is the reason for you deciding to allow the Lee Family sculpture to be placed on your lawn?” She said, “God looks on the heart and not on the skin, and they all are precious.” 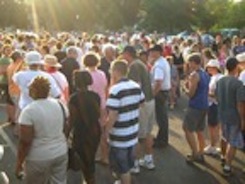 People participating in the celebration had their own reasons for coming:

Jayne Miller, while walking in the procession with a young child, said, “I wanted to take stock of something pretty atrocious, and I hope that we do things differently.”

A family, Craig and Yvette Hewitt attended the celebration event. Mrs. Hewitt said, “I heard about the story about five years ago. It is an intriguing part of Minnesota history because there is a mis-notion that racism never happened up North, but it is epidemic throughout the U.S.”

An attorney, Erin Darda said, “I just purchased a home eight blocks south of here, and it’s hard to imagine coming into a neighborhood and being treated like the Lee family.”

Accompanying Darda was another attorney, Summra Shariff, who said, “I am not from Minnesota; I moved here five years ago for law school, and I am surprised about the history, the length, and duration of the protests.”

Forman thanked the Lee Family Commemorative Event Committee, Field Regina Northrop Neighborhood Group (FRNNG), various supporters and everyone attending the event, saying, “Let us learn from our mistakes to make a better world for our children.”

A few moments later, his son and daughter joined him to unveil the sculpture honoring their family in a neighborhood where a crowd once worked together to oust their grandparents because of their race, but where now many are working together to engage the spirit of family regardless of race.