I got a note the other day from my friend Casey in San Diego and he mentioned something that I always point out with people who don’t live in Minnesota — that we have a more extreme range of temperatures here that just about any populated area in the world. Everyone knows about our winters (-20 is not uncommon and -30 is possible), but some don’t realize how hot it can get here in the summer.

We’re in the fourth day of a week-long hot spell up here. Temps are in the high 90s during the day and don’t drop out of the 80s at night.

I was on my run around Lake Harriet on Sunday, sweating out several gallons of water, and I thought about two songs from my younger days. “Those Lazy, Hazy, Crazy Days of Summer” by Nat King Cole came out when I was 8 years old in 1961. It’s a corny, old-fashioned kind of song that became etched in my brain and I couldn’t forget it if I wanted to. It’s an example of the early rock and roll era, when “How Much is that Doggy in the Window” became “You Ain’t Nothin’ but a Hound Dog” almost overnight and both genres coexisted for a time on the Billboard charts and “rock” radio stations. It was also pre-Motown and the only kind of song that a black singer could get on the pop charts while Elvis and others were making piles of money from recording covers of black blues and soul songs.

Then the Beatles came along and . . . do I really have to describe what happened? The mid ’60s were, among other things, the birth pangs of the Woodstock generation. The other song that was in my head was “Summer in the City” by The Lovin’ Spoonful, with John Sebastian. That song came out in 1966 has also left a permanent mark in my brain tissue. When I got home, I looked at a video from a TV show on YouTube and was instantly brought back to a time when I thought those guys were very cool and that song seemed really edgy – even a little “dirty and gritty”. I was 13.

It was the year of The Monkees, The Association, Simon and Garfunkel, two generations of Sinatras — and the Billboard #1 song of the year was “The Ballad of the Green Berets” by Sgt. Barry Sadler.

But the times they were a-changin’ and John Sebastian was trying to place himself somewhere in the middle between The Beach Boys and what would become “hard rock” in just a few short years. But Sebastian never made it out of that transitional zone, although he did make an attempt by perfoming at Woodstock while on an acid trip.

Long story sh . . . . no, sorry, it’s just a long story. After my run, I went back over to “my” lake – Lake Harriet – and gave myself a one-hour assignment to shoot photos of people enjoying the lazy, hazy, heat.

There are a lot of great songs about summer that would be better to get stuck in your head than the two I had — “Summertime Blues”, “Hot Fun in the Summertime”, “Heat Wave” (not about summer at all, of course) immediately come to mind — “Summer Wind” by Sinatra and “Summertime” by Ella Fitzgerald, Janis Joplin (and a million or other singers) are great songs. I’d even welcome an occasional “In the Summertime” by Mungo Jerry. I’m going to try to conjure up one of those on my next run.

But for now, I’m stuck with this one. I hate to admit it, but I still kind of like it — and I really don’t want to lose the memories it brings.

So play the video of John Sebastian, laughing at himself lip-synching with his long, perfectly-combed hair and mutton-chop sideburns, look at the photos, and then go outside and have some “sodas and pretzels and beer” like a “cool cat, lookin’ for a kitty”.

“You’ll wish that summer could always be here” — especially if you live in Minnesota. 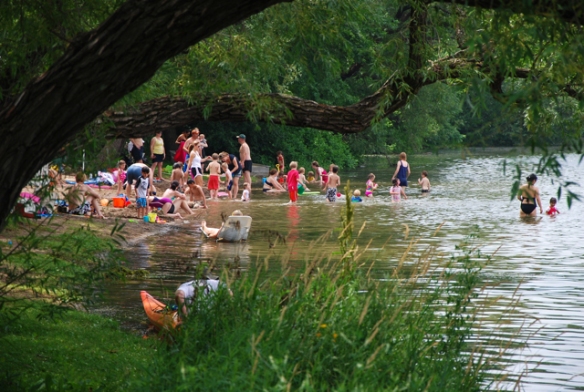 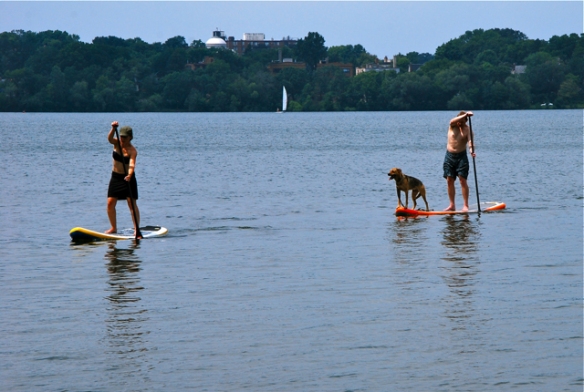 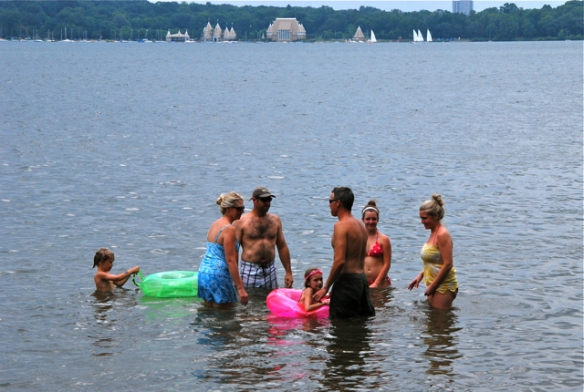 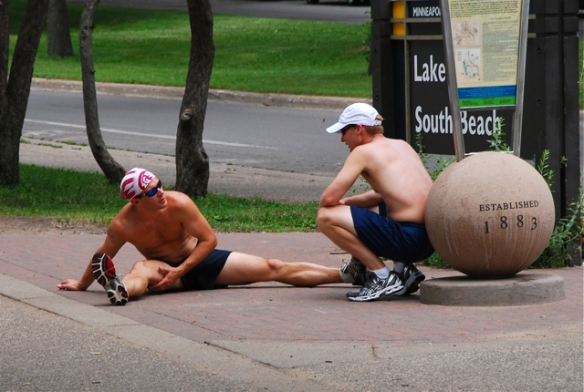 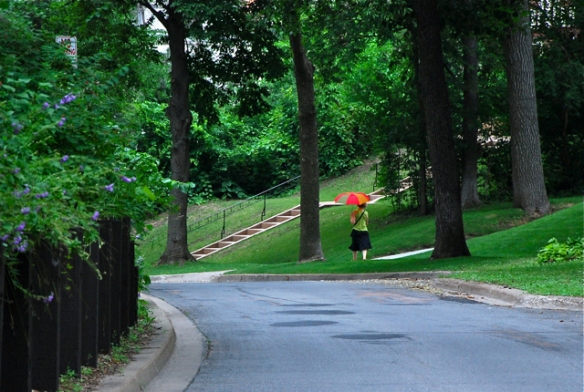 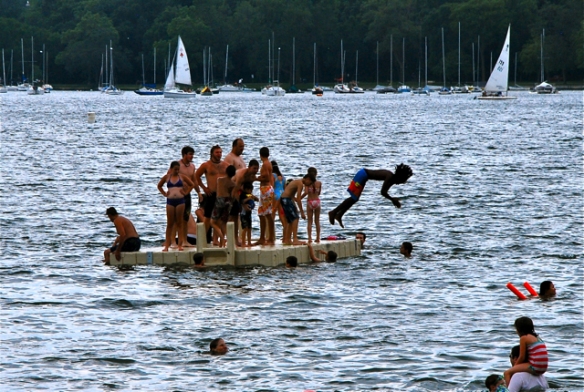 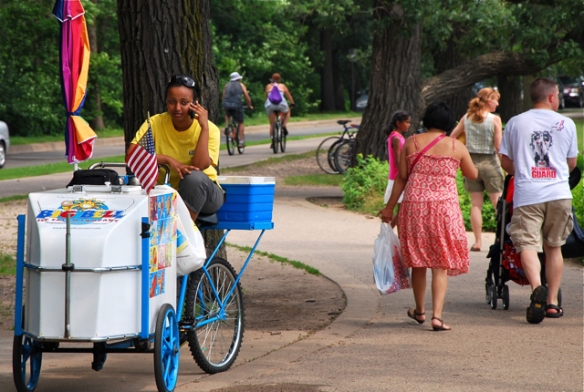 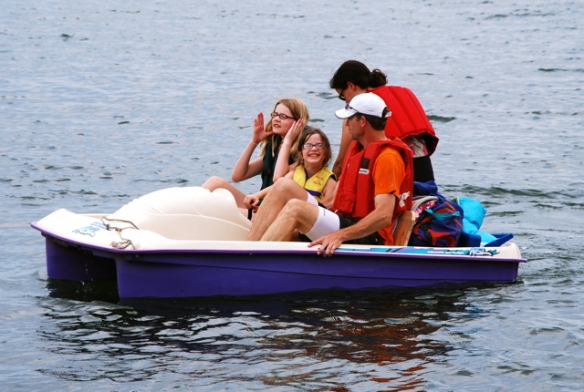 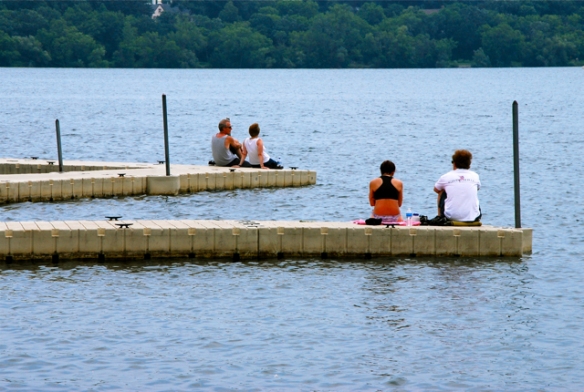 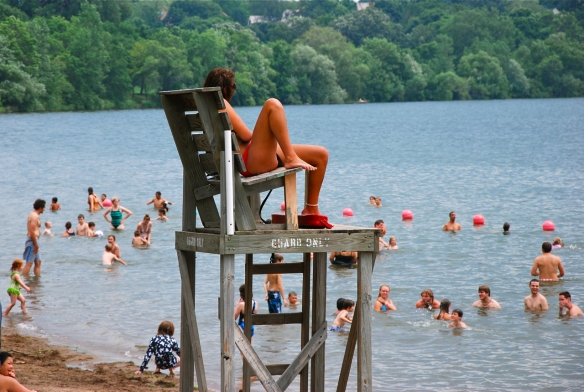