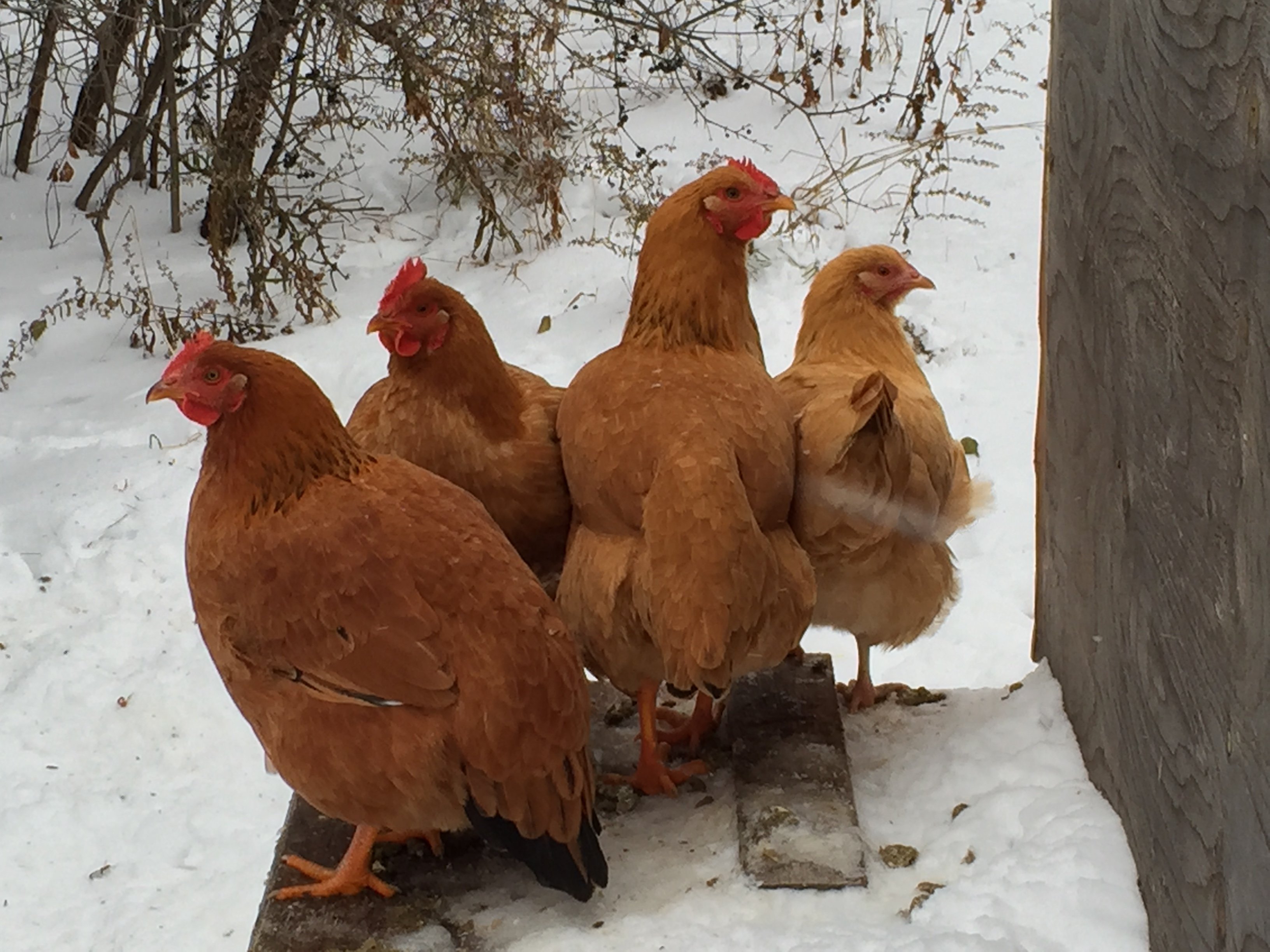 Even as a kid in New York City, I knew that “to lay an egg” was not a good thing. It meant you’d failed to do something you’d set out to accomplish – and everybody knew it. Why’s an egg synonymous with failure? According to numbers of Internet sources, it’s because an egg resembles a zero; and zilch is what goes up on the board when you fail to score.

This expression took on new meaning when I moved to farm country. Over the last several years, I’ve learned there’s a world of difference between an egg from a free-range hen and an egg that comes from an industrial battery-caged bird. The free-range variety is deep orange (lots of carotene) and the yolk has tension and body because the hen pecks around in the sunshine foraging diverse seeds, insects and grasses. This makes for an egg that not only tastes great but packs lots of nutrition. According to research published in Mother Earth News, pastured eggs provide more beta carotene, omega-3 fatty acids, and vitamins A and E, and lots less saturated fats and cholesterol.

Dave and I raised chickens for the first time this summer. We bought three dozen day-old chicks to free-range across the farm. Most are meat birds – an iridescent mahogany – that now weigh between six and eight pounds each. The flock also includes four laying hens. The two Buff Orpington are a pale yellow, and the Buckeyes are a very deep brown.

Over the summer, Dave and I watched the birds grow and patrol the pastures for bugs, worms, seed heads, grasses and herbs. We laughed when five chickens would chase after the one with a tasty grasshopper in its beak. The birds helped our beef cattle by aggressively consuming flies and fly larvea. On the downside, Dave and I also contended with losses due to predation by hawks, eagles and fox.

Summer’s gone and the pastures are covered in snow. But the chickens are still here. Yes, they can do very well in our cold winters.

Yesterday, I opened the chicken coop and lowered the ramp so that the flock could climb down into the fresh air. I then opened the side door and reached in to refill the waterer. That’s when I saw them – two eggs sitting in the wood shavings.

Eggs! Tan and small (the first eggs always are) I carefully picked them up and carried them into the garage. They laid eggs! 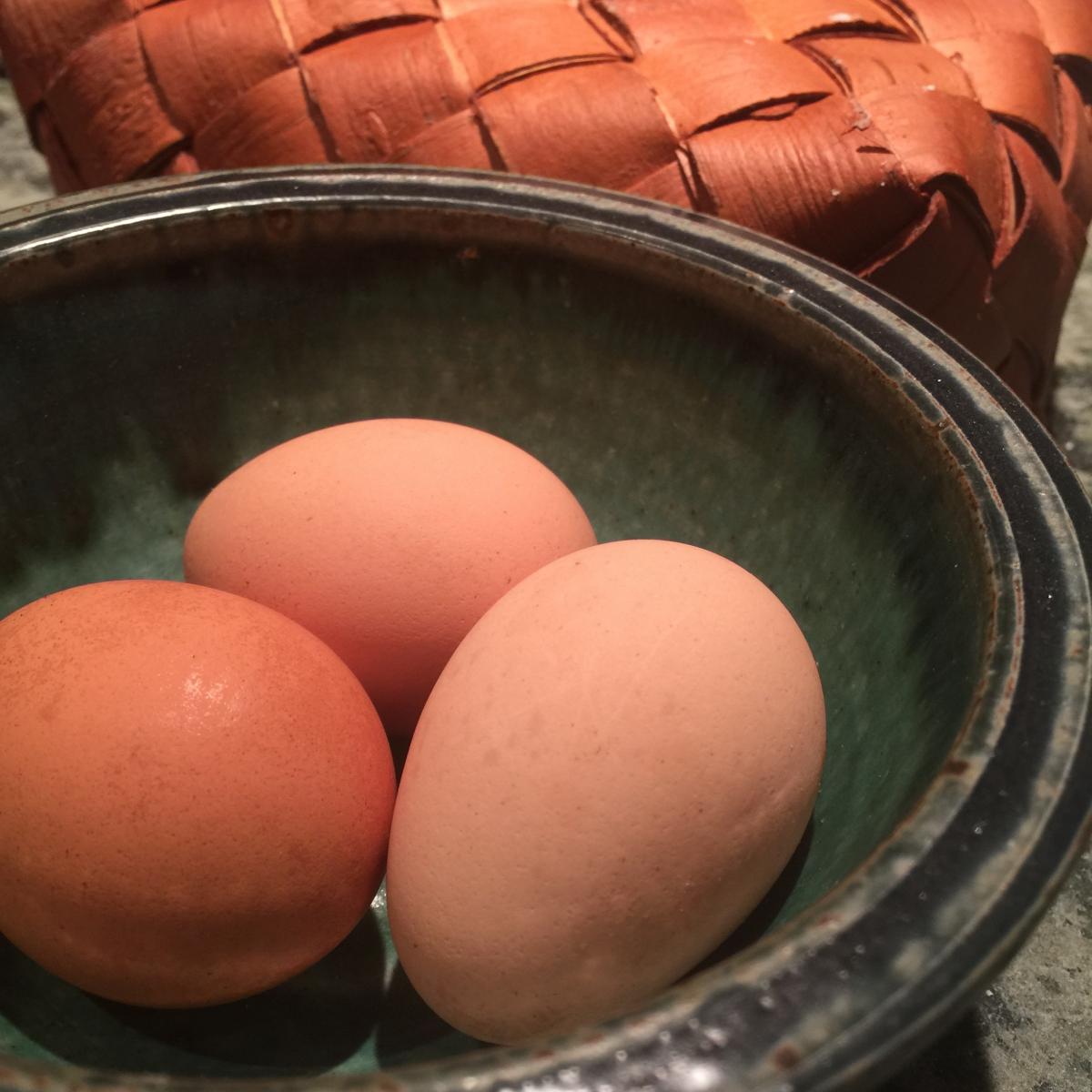