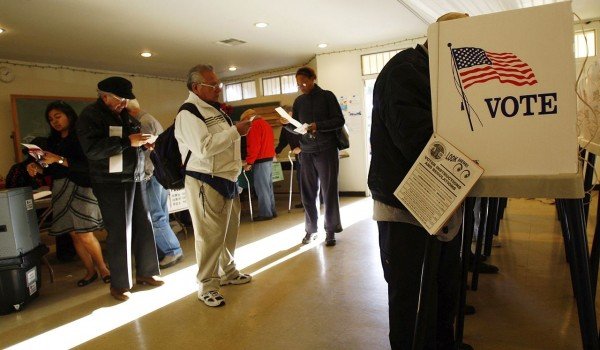 “Your right to vote is one of the most basic rights you have as an American,” -American Civil Liberties Union (ACLU)

The focus of the current article is the history of the Latino Vote in the United States and Minnesota, its impact, and the necessity for Latinos to vote in the 2014 Midterm Elections.

On Tuesday, November 4, midterm elections will take place in the United States. Midterm elections, as their name suggests, occur in the middle of the presidential term; that is, two years after the current president has been elected. Because this vote does not include the president, Americans will instead be deciding who will take the following positions at the national level: 435 seats in the House of Representative and 33 in the Senate. Various other positions will also be decided at the state and local levels.

The Latino Vote in the United States

The Latino Vote has grown steadily over time: in 2004, Latinos constituted eight percent of the total electorate; by 2008, they constituted nine percent; for the most recent presidential elections in 2012, they constituted ten percent of voters in the United States, or 11.2 million Latino voters. An investigation carried out by the Pew Hispanic Center reported that each year, 800,000 Latinos turn 18 and therefore become eligible to vote. In other words, the Latino Vote grows by at least 800,000 each year.

The Latino Vote has a positive and a negative side. The positive aspect is that it is a population that is growing rapidly, indicating that it is in a strategic position to cause a substantial impact on future elections. The negative aspect is that, historically, it is the ethnic group that votes the least, given that only 48 percent of eligible Latino voters cast a vote in the previous presidential elections. In this way, half of Latinos who could vote are losing their opportunity to demand change in this country, be it a change in immigration policy, the situation of thousands of young Latinos who have recently crossed the southern border of the United States, the school system, or health care.

History of the Latino Vote

In general terms, the clearest pattern that the Latino electorate shows is its preference for Democratic candidates: since 1980, more than half of all Latino voters have supported a Democratic candidate. The strongest support for a Democrat was seen in 1996, when 72 percent of the Latino electorate voted for Bill Clinton, who began his second term after winning that year’s election.

The strongest support for a Republican candidate occurred a decade ago, when 40 percent of Latino voters chose George W. Bush, who won the election of 2004, marking the start of his second term in office.

What this history suggests is that the Latino electorate is capable of drastically changing within a short period of time. For example, when the Democratic candidate Bill Clinton won the 1996 presidential election, only 21 percent of Latinos voted for the opposing Republican candidate. However, in just eight years, the number of Latinos who voted Republican nearly doubled: in 2004, 41 percent voted for the Republican presidential candidate George W. Bush.

Although these data clearly indicate the preference Latinos have for Democratic candidates, this pattern is not necessarily reflected in every region and state.

The Latino Vote throughout the United States

The impact of the Latino Vote varies from state to state, but its strongest impact is seen in states with historic Latino populations. New Mexico is the state with the greatest number of Latino voters, with Latinos casting 37 percent of the total vote in that state in 2012. Other states with historic Latino populations whose total Latino vote was significant in the previous presidential election are Arizona, Nevada, and Colorado (18 percent, 18 percent, and 14 percent of their state’s total vote, respectively).

Another state with a large Latino population that has had a historic presence is Florida. Latinos in this state have characteristically supported Republican candidates, although this pattern has changed with recent demographic shifts. Traditionally, the majority of Cuban residents of Miami have been Republican. However, according to the Pew Investigation Center, there has been a recent increase in the number of Puerto Ricans in Florida. Given that this group traditionally supports Democratic candidates, it is not surprising that a Democrat won the majority of the Latino vote (60 percent) in Florida in the 2012 election.

Finally, it is important to consider the Latino Vote in the battleground states, where neither political party has a majority of representatives. In four of these states – North Carolina, Wisconsin, Virginia, and Ohio – the Democratic candidate received the majority of the Latino Vote in the 2012 election. In other words, even in decisive states where it is difficult to predict who will win the vote, it is expected that the majority of Latinos vote for the Democratic candidate.

The Latino Vote in Minnesota

Regarding voting at the national level, Minnesota has supported Democratic candidates more frequently than any other state since 1976. For this reason, it is known as a “blue state”, because blue is the color associated with the Democratic Party. Following in this tradition, 52 percent of Minnesotans voted for President Obama in the last election.

At the state level, Minnesota is dominated by Democrats, who currently occupy the majority of the State Senate and House of Representatives (58 percent and 54 percent, respectively).

The profile of the Latino electorate in Minnesota constitutes two percent of the total population of those who have reached voting age. For the presidential election of 2012, there were 80,000 eligible Latino voters, which represented 32 percent of the state’s total Latino population. The majority of the Latino electorate in Minnesota is young (between 18 and 29) and Mexican (59 percent). In comparison to other ethnic groups, these data closely approximate the number of eligible Asian voters in Minnesota (91,000), although they are significantly lower than the number of eligible African American voters in the state (128,000).

The power of the Latino Vote in Minnesota

The Center for Immigration Policy (Paral, 2013) predicts that Latinos will have a large impact on the 2014 midterm elections. Although it is difficult to determine exactly what impact the Latino Vote will have, what can be corroborated is its potential. For the 2014 vote, a third of new voters will belong to a minority group; this number will increase for each future election, indicating that Latinos will have an increasing impact on future elections.

While the Latino electorate constitutes less than five percent of the total vote in Minnesota, it may still impact the outcome of the vote. Rodolfo Gutiérrez, Executive Director of the non-profit Hispanic Advocacy and Community Empowerment (HACER), states, “The Latino Vote will definitely have a large impact…It has a lot of power. 60,000 Latinos will be able to vote in Minnesota. If we have those 60,000 votes, the effect statewide will drastically change the result of the election”.

Derek Johnson, Program Director at the Jane Addams School for Democracy and Citizenship, comments, “Latinos will definitely have an impact in the Minnesota vote. Our race for senator and governor last time was close and Latinos can impact who wins important offices in Minnesota.”

Johnson also adds that the Latino Vote in Minnesota depends greatly on the participation of various organizations that have close ties to the Latino community, such as churches, nonprofit organizations, and neighborhood organizations. He emphasizes the problematic nature of simply asking the Latino community to participate in the midterm elections without having forged a relationship with the community first. “Voter outreach efforts where there are just random people reaching out can bring up issues of trust. We have to think about how these relationships can be used to help get the idea out for the vote.”

To conclude, the impact of the Latino Vote will undoubtedly be felt during the 2014 midterm elections. In Minnesota alone, the Latino Vote could be a deciding factor for many positions given that an estimated 60,000 to 80,000 Latinos could turn out at the polls. It is expected that organizations with close ties to the Latino community emphasize the importance of voting, given that the number of eligible Latinos is on the rise. It will be inherent to take advantage of the Latino vote if the Latino electorate wishes to influence issues like immigration reform and health care.

Megan Strom can be reached at meg_strom@hotmail.com.