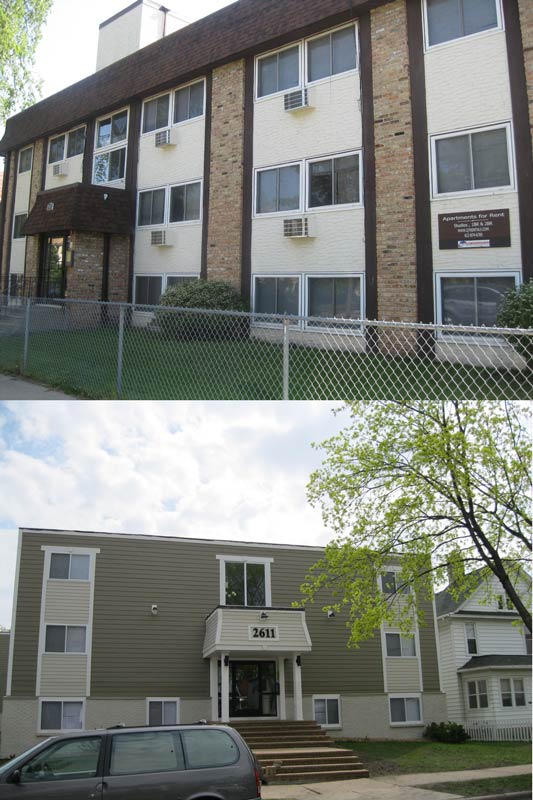 Inquilinos Unidos por Justicia (United Renters For Justice), along with several leaders of the Lyndale Neighborhood Association (LNA), gathered outside the Q.T Properties office on Hennepin Avenue  to protest the numerous fines and alleged mistreatment levied by the building owners. The associations wielded letters from tenants, and a petition demanding better conditions, demanding management to come outside and negotiate. Some were holding signs, and all were holding a sense of frustration.

For the past year, there have been frequent complaints of mistreatment and deterioration of conditions at the buildings from Latino renters, along with difficulties in resigning their leases.

“Every other moment they have letters saying we’re going to be fined, for their children playing in the hallway, for using the common area outside the apartment spaces, for leaving shoes or bicycles in common areas. These are things people should be able to do in their living spaces, and not have to fear for retaliation,” said Natasha Villanueva, LNA

As each speaker went up to list off their complaints, a common theme was clear: The heavy fines and shifting lease agreements seem designed to push them out. Most of the latino renters are working-class families who can’t afford to take time off work to deal with management, and the persistent fines are taking a toll.

“They fined my car twice, which cost me $700. I needed to work,” said Anorve Herrera, who’s lived in the apartments for two and a half years.

“Yes, (I do think they’re trying to drive us out). I’m sure that they want us to leave…I think they want all the latino people to leave,” said Herrera.

In January, two tenants who rent from the company won a court case with support from Inquilinos Unidos against Q.T Properties for rewriting leases before they expired. However, a month later the company again tried to prematurely alter their contracts with their tenants, by demanding all tenants pay rent online.

“I know that a lot of latino renters in the buildings are experiencing the same difficulties, which makes me think that since they’re not being allowed to sign their lease again, when they desire to do so and stay in their homes, I think maybe… for some reason they want them to leave, because why else would they want to evict people who pay their rent regularly,” said Villanueva.

The threat of having to move looms over the renters’ heads as the end of their leases draw closer.

“Their children want to finish the school year at the school that they’re at, which is June, and they’re not even letting them extend their contracts that deep,” said Villanueva.

Q.T Properties has not responded to request for statement.

“We are asking for explanations…we originally made contact with Q.T properties, tried to speak with them, tried to negotiate with them… and they are not responsive,” said Villanueva.“