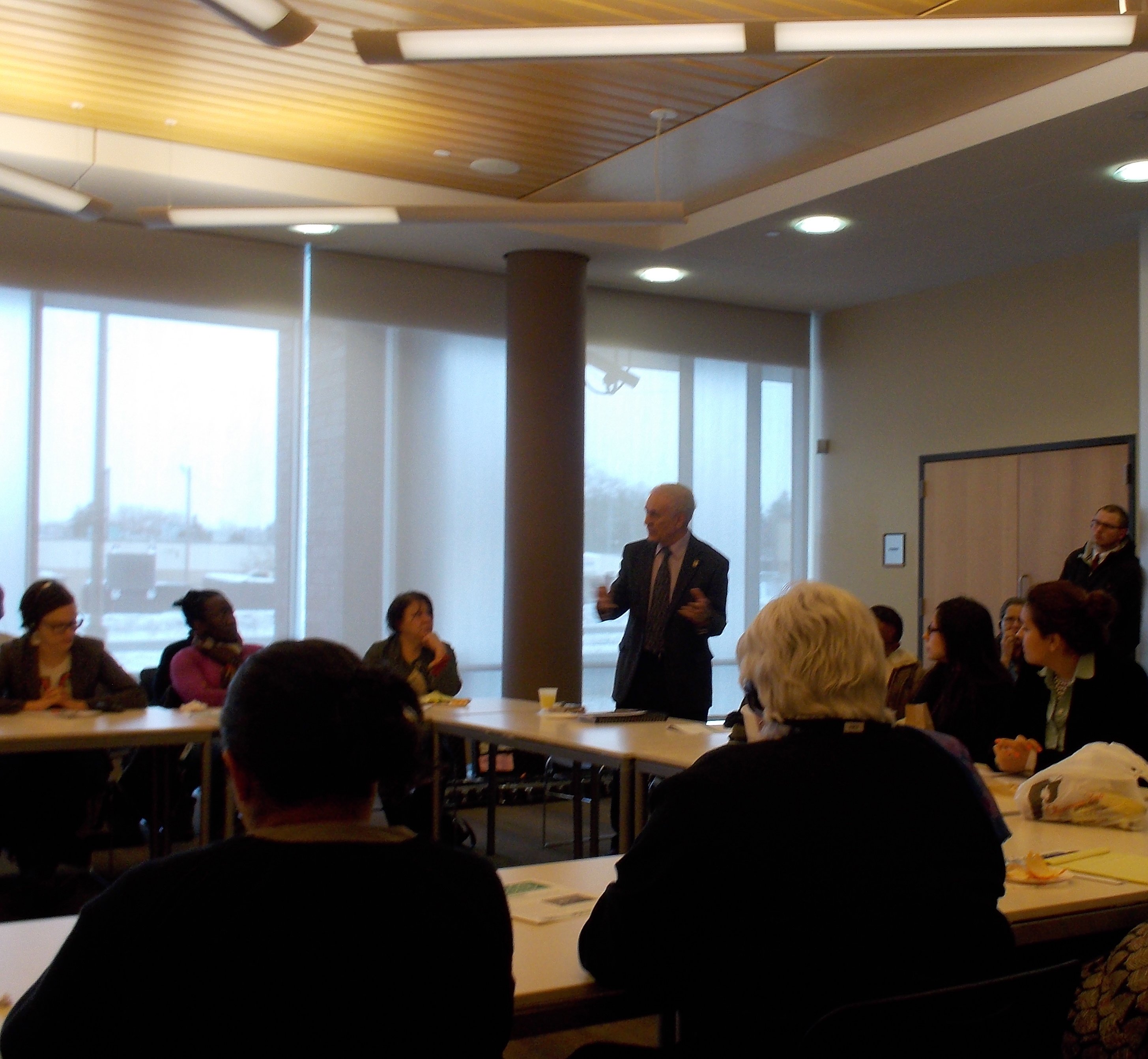 Panelists & audience members actively engaged in discussion concerning the work of community organizers in the Latino community. The roundtable was held primarily in Spanish, but was translated for Ensligh-only speakers.

Worker’s rights and immigration reform, the role of organizers in the community, and building connections among organizations were all part of the discussion at the January 22 Organizer Roundtable. Organizers from the Latino community gathered  at St. Paul’s Rondo Library for the Latinos in Action roundtable hosted by the Alliance for Metropolitan Stability.

Joan Vanhala, Coalition Organizer with the Alliance for Metropolitan Stability, said “I believe there is some very dynamic organizing work and political work being done in the Latino community that needs to be highlighted more. And, also, … I found today the Latino community itself wants to come together and think big picture about their future and work together to make it happen.”

Hector Garcia, panelist and Executive Director of the Chicano Latino Affairs Council said, “The thing that struck me the most is that we’re making progress.” He also said, “That’s what happened today. People were thinking strategically and that to me is one of the most important things for the minority and American Indian communities to learn to do.”

Veronica Mendez, panelist and community organizer with Centro de Trabajadores Unidos en Lucha (CTUL), spoke about her work organizing contract cleaning workers in the Twin Cities. She said that CTUL taught workers about the systemic oppression that was impacting them, the work that occurred to recoup over $1 million in lost wages, and the impact of “[federal] laws that don’t make sense” on their work and the lives of the communities they work with.

Powderhorn Park Neighborhood Association (PPNA) organizer and roundtable panelist Sara Lopez also spoke about her work in helping the PPNA Board of Directors better involve and engage the Latino community, starting with communications efforts and the development of a Latino advisory council, in an effort to better connect the PPNA’s work with the needs and work of the community.

The audience was also active asking questions regarding building Latino engagement, connecting with Latino-owned businesses, and the how-to of building connections with each other and the Latino community. The audience included members of the Metropolitan Council, local business developers, Latino community leaders, and city and government officials.