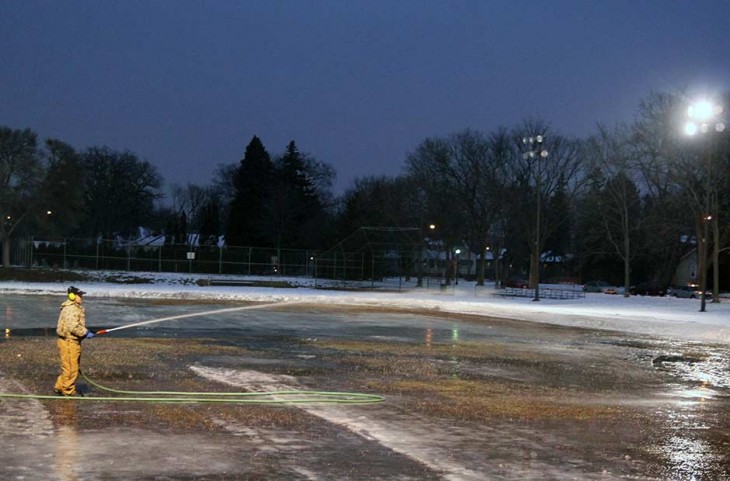 Paul Shuck works on developing the base for the ice skating rink at Longfellow Park.

The warmer weather we’ve had recently has delayed the opening of the ice rinks at Minneapolis parks, including Longfellow and Matthews. When we’ve stopped by both parks, a staff person was out building the base for the rinks. However, for the rinks to become fully operational, the parks need ten consecutive days (24 hours daily) with temperatures below twenty degrees.

According to the Minneapolis Park and Recreation Board (MPRB), the ice rinks are generally open by the holidays, and this year it is hoping to have some of the rinks open by the end of December. MPRB will announce as rinks open. To find out the latest, you can visit the MPRB website where you can sign up for email updates. You can also call the ice rink hotline at 651-313-7708.