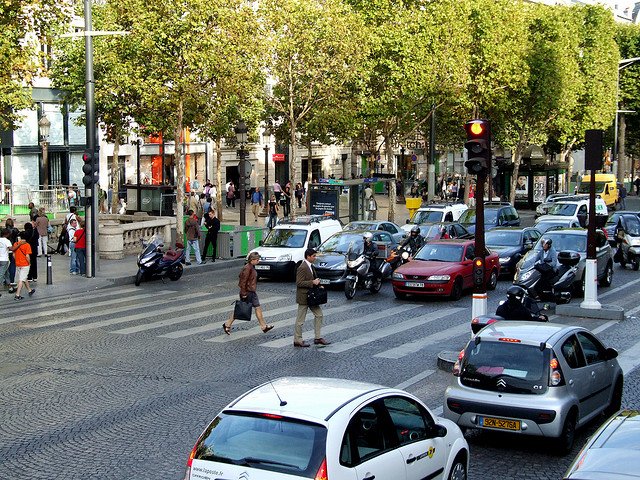 Last month, MinnPost’s Ron Meador outlined climate change’s likely impact on Minnesota over the course of the coming century. Meador’s article, and the study to which it referred, adds a sobering close-to-home detail to our collective knowledge about the risks associated with climate change.

Meador’s article, and others like it, should spur us to action. To date, governments and others at national and local levels have offered a variety of fix-it plans. These plans include increasing efficiency standards of cars, moving to renewable energy sources, designing carbon capture models, geoengineering, and implementation of new “green” construction standards, among other related suggestions.

Markedly absent in mainstream conversations are suggestions that Americans simply consume less. Ideas that do circulate about lifestyle change tend to be either “back to the land” proposals or framed in the language of “giving people options”: bicycle lanes give people the option to get out of their cars; condos provide snazzy options for young people and empty nesters. Few propose regulating or actively disincentivizing consumption.

It is unlikely that technology alone will allow us to quickly reduce our emissions by necessary levels. Consider, for example, that a “zero emission” car is actually more carbon intensive to produce than a standard vehicle. The total greenhouse gas output over an electric vehicle’s life, including requisite resource extraction and manufacturing, can equal fully half that of a non-electric or non-hybrid vehicle.

Many scientists believe we need to cut emissions by 80 percent or more in the next few decades. This means technology like electric vehicles will not be enough. We should pair our technologies with systems that encourage people to lead less impactful lives.

What is a less impactful life? In 2011, theU.S. Environmental Protection Agency (EPA) funded a study that compared transportation energy use and home energy use of two lifestyles. The first hypothetical person lived in a “green” single family home in a suburban development and drove a “green” car. The second hypothetical individual lived in a walkable neighborhood in a conventional (not “green”) multifamily development and owned a conventional vehicle.

Astoundingly, the second resident consumed 40 percent less energy than her suburban counterpart. Proximity to destinations and transit, compactness of development, and housing type were more important than technological efficiencies.

The EPA-funded study’s findings are supported by real-life comparisons. For example, consider that, according to the World Bank, per capita emissions in Paris are nearly four times lower than per capita emissions in Minneapolis. Paris’ efficiencies are a result of the city’s walkability, transit system, and surprising density – if Minneapolis and Saint Paul (no suburbs) were as dense as Paris, our population would be 6.4 million, 1 million more than the current population of our entire state. And even though Paris is dense, it is a wonderful place to live from a built-environment standpoint: the city is known for its beauty, its distinct neighborhood feels, its dense boulevards, and even its open spaces.

Paris and the EPA study indicate that a less impactful life does not require a lower standard of living. It merely requires a different lifestyle and different government priorities.

The Minneapolis-St. Paul metropolitan area, along with cities and towns in greater Minnesota, can dramatically and quickly lower its per-capita emissions if our governments make climate change mitigation a priority. But governmental leadership must come in the form of action, not just plans – governments too often write wonderful plans and then make investments contrary to the goals of the plans.

Behavior-based climate leadership looks different at various levels of government. For example, city electeds can zone for construction of multifamily units, mixed-use buildings and denser neighborhoods; county agencies and electeds can design roads to favor non-motorized travel; state officials and electeds can put a moratorium on highway expansion projects; and, in the metro, the Metropolitan Council can insist that future development only occur where high density is possible and probable and can build transit in areas where job and residential density already exist, instead of in areas awash with surface parking lots.

Currently, however, many (but certainly not all) governments consistently hamper or even work against climate change mitigation strategies. For example, the Met Council facilitates exurban development through infrastructure investment, and state and local actors continue to expand road and highway networks that increase vehicle miles traveled and emissions. In part because of these decisions and investments, Minnesota is not on track to meet its own emissions goals: the Minnesota Pollution Control Agency announced in February 2015 that Minnesota is not even halfway to its 2015 emissions reduction targets, which were set in 2007 under the Pawlenty administration.

The costs and benefits of less impactful lifestyles

Building for less impactful lifestyles would alter many individuals’ lives and the U.S. economy. A range of effects, costs, and benefits that would result from less impactful societies has been explored in the context of a federal carbon tax (the intent of a carbon tax, after all, is to change consumer behavior to favor low-carbon technologies and lifestyles). These costs and benefits tend to balance each other.

For example, creating denser and more walkable cities and towns would reduce car dependence. Although reduced car dependence would shrink the automobile industry’s contributions to our economy (over $500 billion annually), it would also shrink the amount the U.S. spends addressing problems related to obesity (about $215 billion annually), would increase worker productivity (per-worker productivity increases 2 to 4 percent for every doubling of density), and would reduce per-capita transportation costs, among many other benefits.

Even if lifestyle and economic shifts resulted in some net discomfort — and I am not sure they would — that discomfort likely pales compared to the consequences of continuing on our current emissions-filled path. A study in Science Advances, referenced in Meador’s MinnPost piece, projects climate-change-induced “unprecedented drought conditions” here in Minnesota, and the Intergovernmental Panel on Climate Change indicates that continued GHG emissions increase the likelihood of “severe, pervasive and irreversible impacts for people and ecosystems” around the globe.

In the unlikely event we could satisfactorily reduce emissions through technology, it would come at a cost. Minerals required for gadgets and wind turbines often sit under valued places – even our own Boundary Waters wilderness is threatened with mining pollution that would last 500 years. By reducing our energy consumption we can both dramatically reduce our emissions and preserve irreplaceable resources and heritage.

The Twin Cities and Minnesota should lead on climate change

Communities around the state of Minnesota should immediately begin planning and building for less impactful lives. Several national publications have recently heralded the metro’s and state’s fiscal health and affordability. This should be a call to action: Our strong economy means we are better suited than most to make needed and long-term changes to the shape of our communities.

The whole world needs to address climate change, but global nations and cities will need models. Let’s be that model.

Sam Rockwell works to encourage sustainable land use and transportation systems around Minnesota. He holds a JD and lives in Minneapolis.