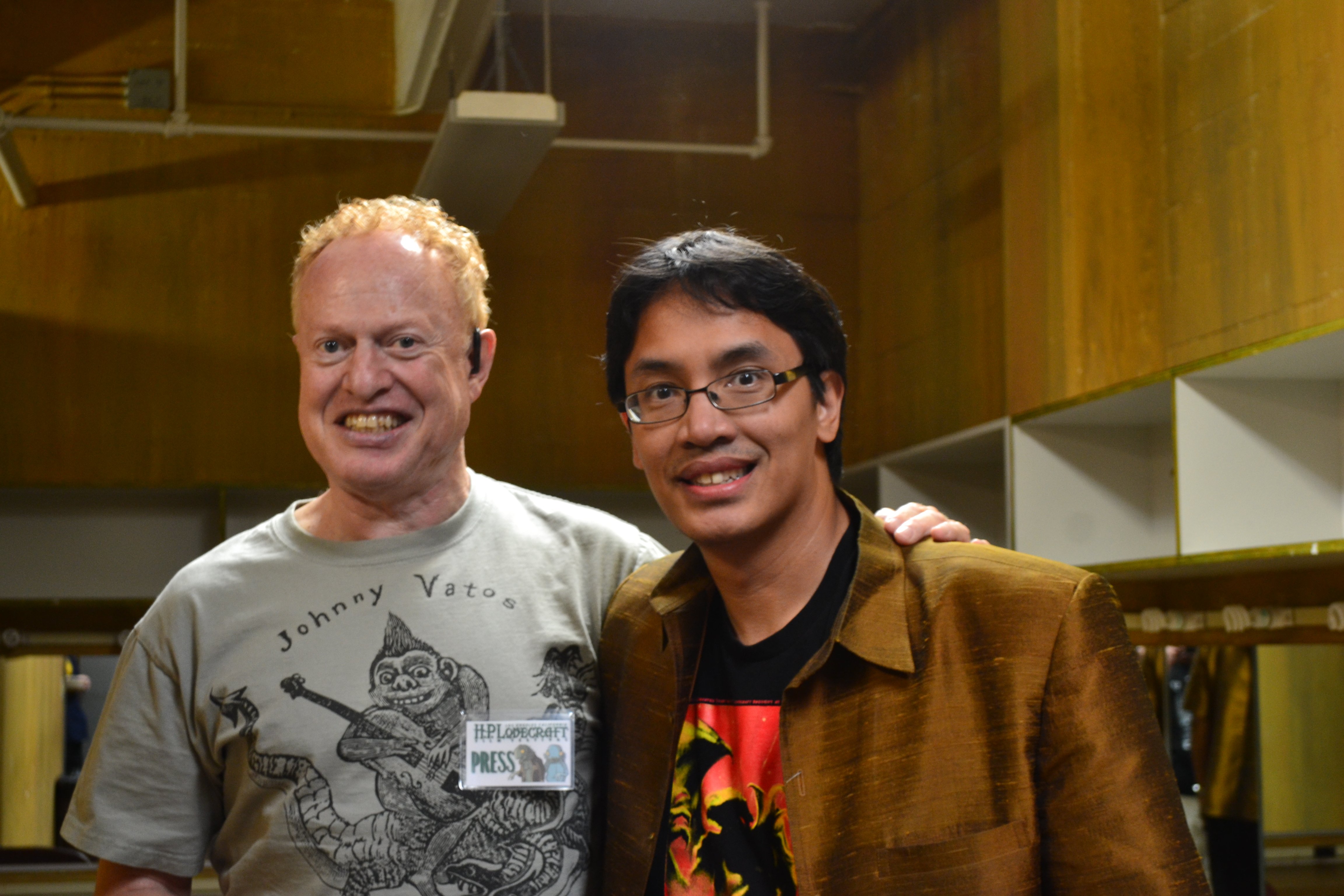 It’s been a big month for fans of Lao American horror. Film director Mattie Do had the US premiere of her ghost story Chanthaly at Fantastic Fest in Texas to rave reviews. Playwright Saymoukda Vongsay is days away from the world premiere of her play Kung Fu Zombies vs. Cannibals at the Southern Theater. And Little Laos on the Prairie’s Bryan Thao Worra was a featured guest at the H.P. Lovecraft Film Festival in Los Angeles.

At the famous Whale and Ale restaurant, he gave a stunning presentation from his new book DEMONSTRA, which is entering the final stages of editing with Innsmouth Free Press. He gave the audience in attendance a reading of three of his poems, “To an Old Tune,” “The Deep Ones,” and “The Terror in Teak,” an experimental poem that combines the tropes of horror writer H.P. Lovecraft with Lao culture. The reading was organized by Cody Goodfellow, author of books such as All-Out Monster Action.

This is the fourth year the festival has been convened in Los Angeles, but it is part of an 18-year old tradition that began in Portland, Oregon, to celebrate the writing and legacy of early 20th century horror writer H.P. Lovecraft. Over 400 participants came this year from as far away as Australia, and across the United States, including Ohio.

Almost a century since his writing first appeared, H.P. Lovecraft has had a distinct influence on Thao Worra’s poetry, as well as the writing of many international figures including Stephen King, Brian Lumley, Neil Gaiman, Douglas Adams and Jorge Luis Borges. It has been argued that you will miss a lot within Thao Worra’s poetry without a familiarity with the work of Lovecraft. 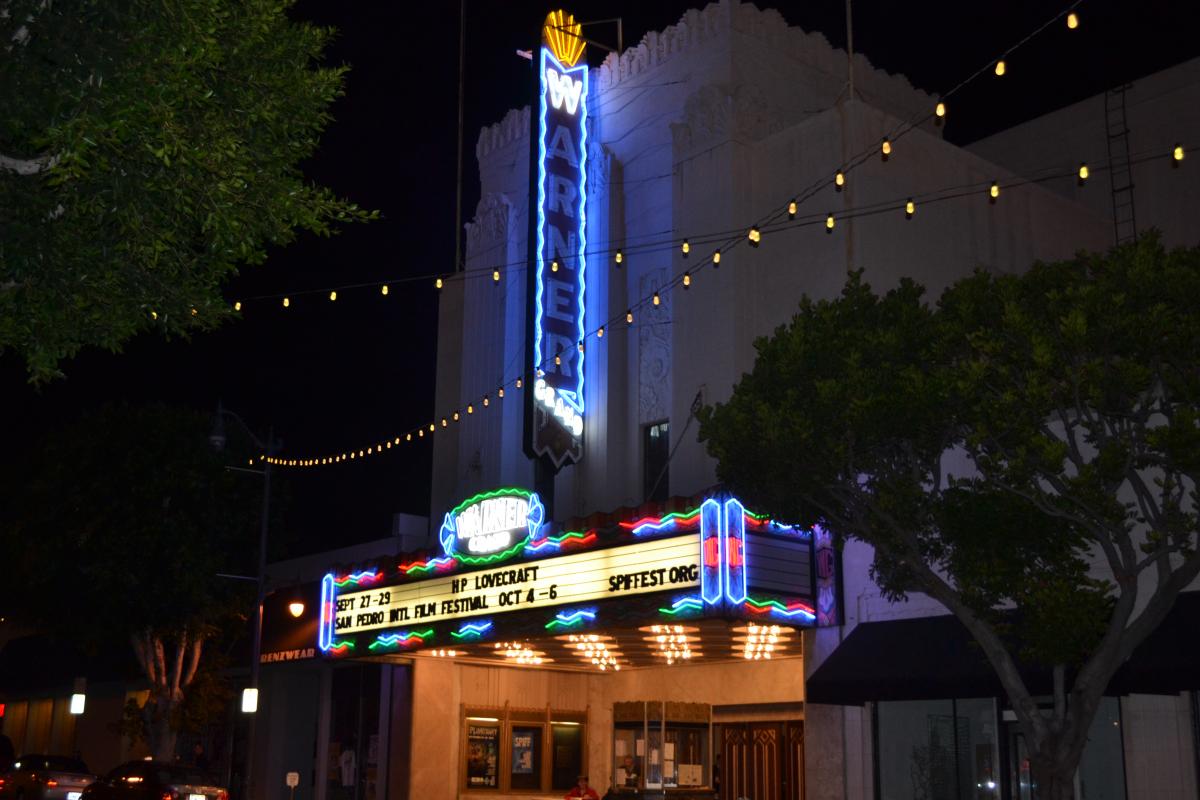 Thao Worra’s three favorite Lovecraft stories are “The Shadow Over Innsmouth,” “The Whisperer in the Darkness,” and “Dagon.” He was first introduced to Lovecraft’s writing as a teenager on a bus in Michigan by a classmate.

“Many of Lovecraft’s themes focus on the experience of the alien, an understanding of one’s remote place in the cosmos,” Thao Worra said. “I think there’s a great deal we can learn from the best of his writing. Should his work speak louder to Lao Americans than the words of more mainstream writers? Well, there’s a whole book I could write about that.”

“I was really honored when Nancy Holder came up to me about my reading,” Thao Worra said. “She was really very positive and encouraging.” Holder was a Stoker Award-winning writer who has written many original novels as well as books for Buffy the Vampire Slayer, Highlander, and even Sabrina, the Teenage Witch. In the weeks leading up to the festival, Thao Worra conducted over 20 interviews with the authors and artists attending, including Rick Kitigawa, Cody Goodfellow, Joe MacDonald, Necro-Sapien Press and the H.P. Lovecraft Historical Society.

Thao Worra was one of two poets participating in the reading, the other being Denise Dumars, who read from her latest book “Paranormal Romance.” Both are members of the Science Fiction Poetry Association who first met at last year’s H.P. Lovecraft Film Festival.

One of other the highlights of the festival for Thao Worra was watching the film Dagon with its creators, Brian Yuzna and Stuart Gordon. Thao Worra grew up with their movies in the 1980s which include the Re-Animator series, and From Beyond. Yuzna was even a creator of the film Honey, I Shrunk the Kids. 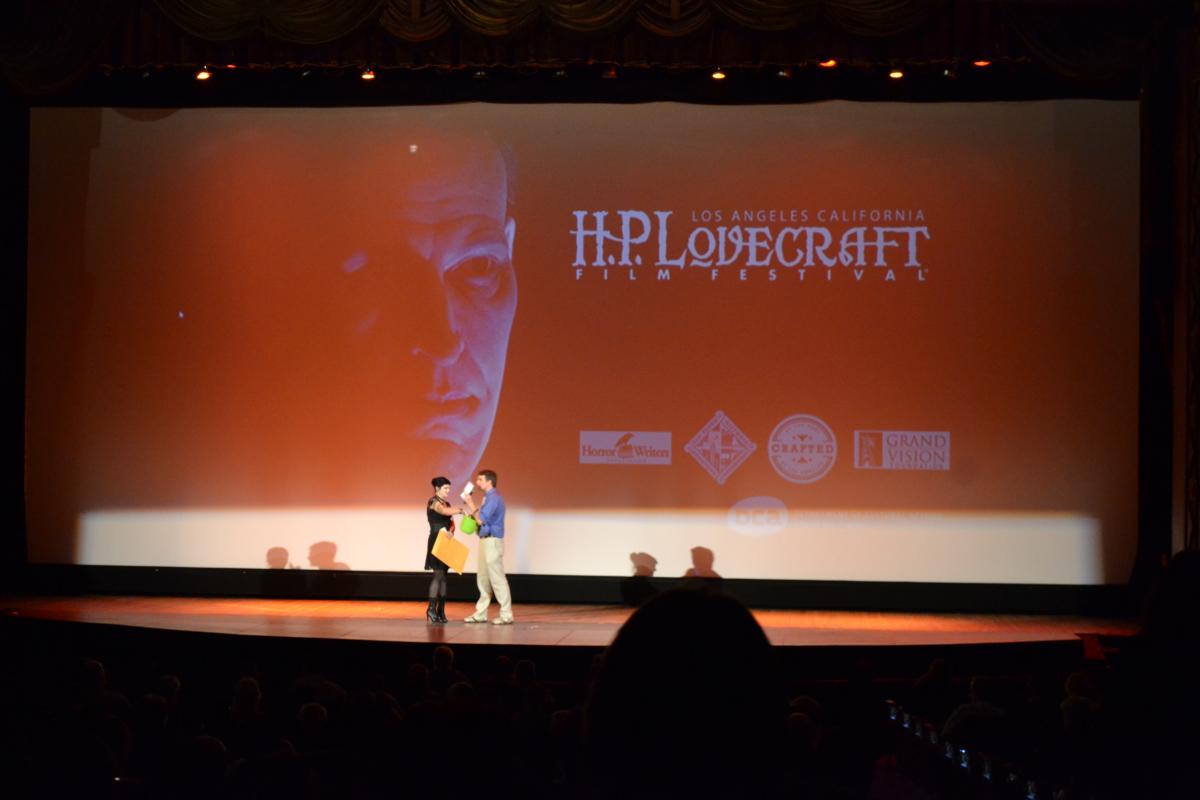 This year, Thao Worra spent much of the festival with Ross E. Lockhart, who recently completed the anthology Tales of Jack the Ripper. Lockhart also edited two well-regarded anthologies of stories by contemporary writers responding to H.P. Lovecraft. “I’m looking forward to his next projects,” Thao Worra said.

The short film “Reset,” by Fredrik Åkerström and Marcus Kryler won both the audience choice and the judge’s award for best short film of 2013. Thao Worra’s personal favorites among the short films was a tie between James Bentley’s “Miskatonic University” and Scott Milder’s short “Vanya.” He also gave high marks to the comedy short “The Unusual Case of Henry David Pierce” by Michael Bach. “The Trench” by Zac Sutherland won the screenplay competition.