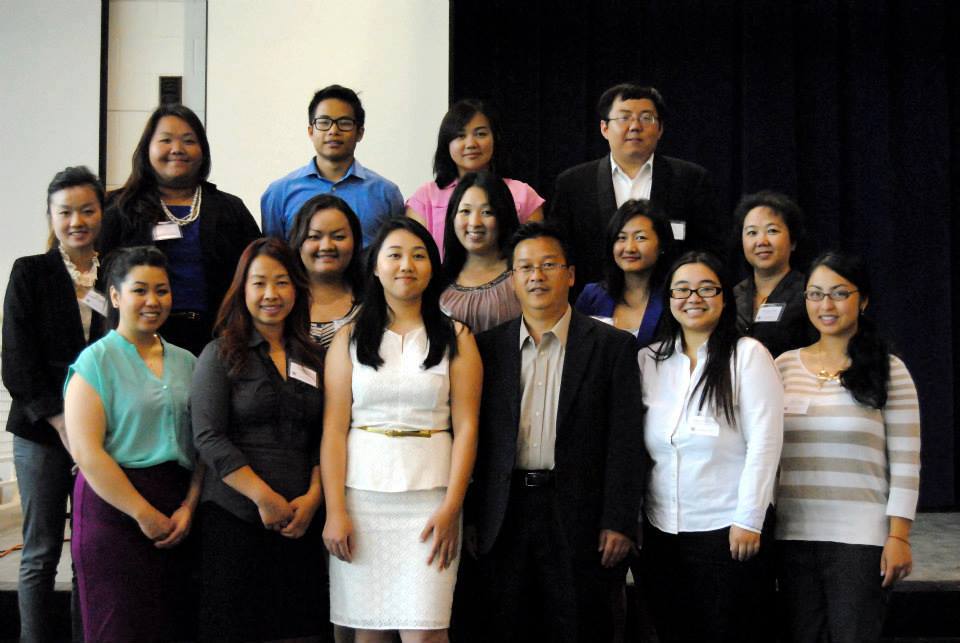 A well known organization in the Hmong community has been undergoing a large change since March 2013, and it’s being spearheaded by a group of six young Hmong women who just recently graduated from college. Under Lao Family Community of Minnesota (LFC), the Hmong Higher Education Scholar Program (HHESP) was developed to encourage educational attainment and leadership in the Hmong community. Not only does this signal a change of direction for the organization, but a change of leadership.

Lao Family Community of Minnesota (LFC) is a 30-year-old organization that was founded in 1977 to lift the Hmong refugee community, coming from Thailand and Laos, up by providing social services, educating the Hmong population on American culture, and also providing cultural activities. Today, youth make up the bulk of the Hmong population, gender norms are changing, and refugee issues are no longer ‘issues.’ But in recent years, instead of being known for its leadership or community activities, LFC has come under fire for charges of corruption, clan politics, election fraud, and struggles to maintain relevance in the Hmong community.

“I guess from the beginning I didn’t know we had an option to work with Lao Family,” said Ka Lia Lor, a member of HHESP. “It’s never really been that kind of community organization where you just walk in and contribute your ideas. To me, to really matter in that organization, it’s always been about what status you or your parents had. Lao Family is still built on that old system of privilege where the leaders in Laos are still leaders today. But we’re here to challenge that.”

FULL DISCLOSURE: Tiffany Vang is a member of HHESP.

The intention to focus on higher education and community development through HHESP was not the initial goal for the six women. The group actually focused on changing the role of women in the organization, and sought to put pressure on LFC Board members to change that mentality. This soon turned into a collaboration, one that many members acknowledged has not been easy. As a HHESP member myself, I’ve grown to see that the largest issue that plagues the organization is its need for new leadership and clarity in its mission.

“Since the organization does not have a solid foundation, many of the leaders in the organization are not up to par with their leadership skills or have the skills required for the positions they are holding,” said Song Yang, a member of HHESP. “This creates an imbalance among us and the organization because it lacks resources and even funds.”

Yang is correct to say that there is lack of funds for community programs, but also that there is a misallocation of investment. As of now, the only running service provided by LFC is one to two English language classes. When it comes to cultural programming, LFC runs the River Centre Hmong New Year and July 4th Celebration, which draws in thousands of Hmong people from all over the United States. The majority of its resources is dedicated to cultural celebrations rather than economic development, which was one of the organization’s original goals. Also, the relationship between the young and the old, and men and women in the context of leadership is an area where the group still struggles with the board members of LFC and its networks such as the 18 Clan Council.

“During our first meeting, what struck my mind was how the board, mainly men, said: ‘Wow, you are all a group of women; we need some men in there!’ Although they may have said it jokingly, I found it amusing because that was the first thing said to us. It was as if we needed a male to represent us,” said Yang.

But “Hmong women are taking on more of a leadership role and in making important decisions. Gender inequality still exists in the Hmong community, but having women in leadership roles shows that the community is moving in a positive direction towards equality at home and in the community,” See Lee noted.

Understanding the barriers within the organization, the core members of HHESP have started their own initiative, along with the support of two board members Janelle Vang and Chong Lee, to fundraise, create programs, build relationships, and move out of LFC’s outdated model. More importantly, all the board members of LFC have shown commitment to a new direction. Although there are many challenges ahead, HHESP has achieved their goal this year, which was to fundraise and give out scholarships to Hmong high school students going to college. This January, HHESP will open its application for four $1000 scholarships for two Hmong men and two Hmong women.

Lee is positive that this collaboration can turn a new leaf in the Hmong community: “The good thing is that we all agree that education is important; this is something we can work together on. Education benefits all of us, and it’s an investment that we all are willing to make in our community. It’s a struggle in the right direction.”

If you would like more information about HHESP, please follow this link to their FB page: https://www.facebook.com/hhesp