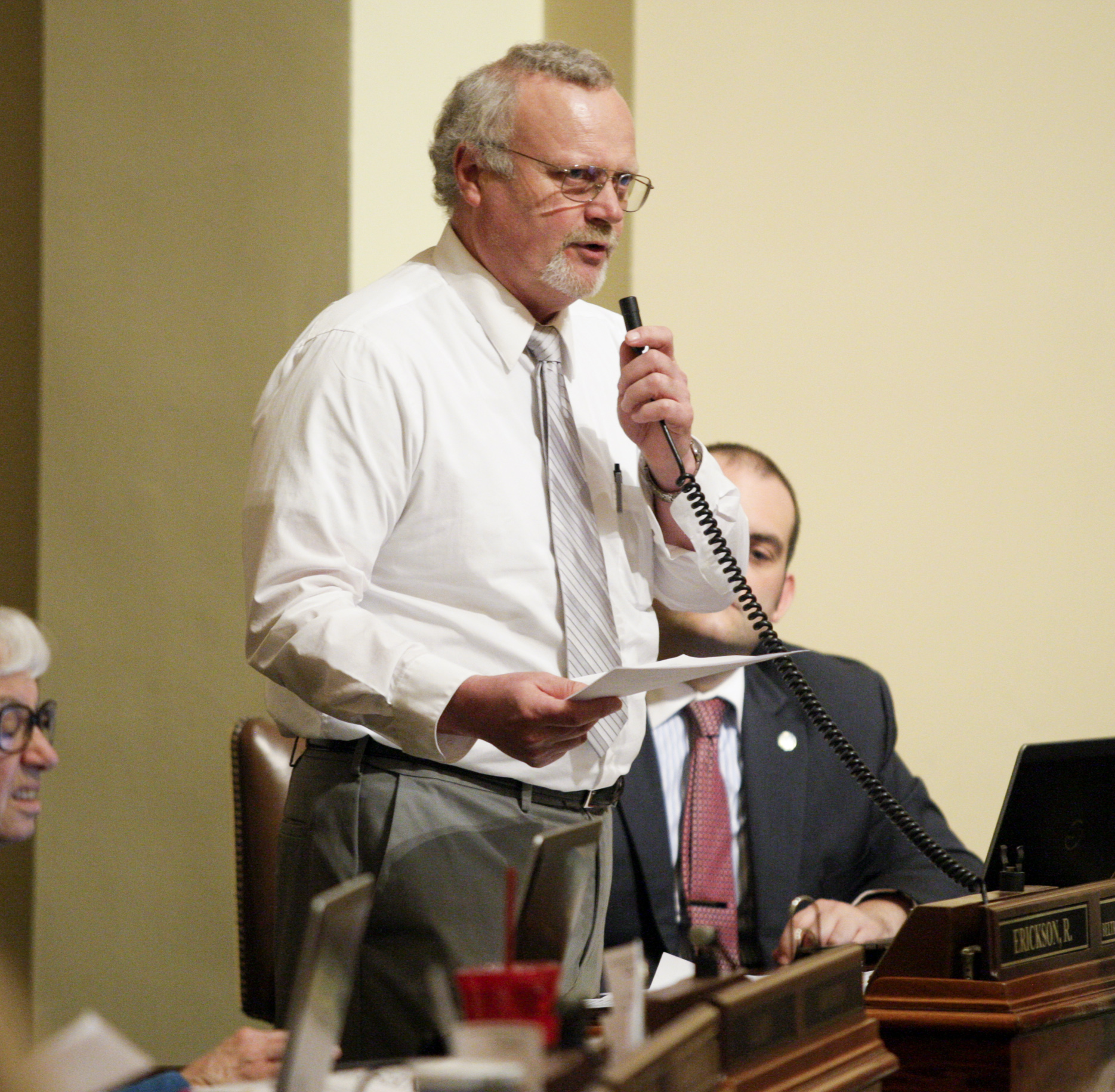 A proposed land swap in northern Minnesota gave some lawmakers pause, but not enough to stop the House from passing the omnibus lands bill by a vote of 113-17 Tuesday.

HF740 would authorize the Department of Natural Resources to sell, exchange and acquire lands to meet its conservation mission. The bill also serves as the vehicle for legislative approval of tax-forfeited land sales.

Sponsored by Rep. Roger Erickson (DFL-Baudette), the bill is comprised of language originally contained in 12 other bills, sponsored by nine representatives. In addition to the land sales, it also contains a provision that would allow the Department of Revenue to convey tax-forfeited land, for no monetary compensation, to be used as school forests. However, an additional provision would require those lands be subject to a perpetual conditional use deed. They would revert to state control if not used as a school forest for three consecutive years.

Most of the floor debate resulted from an amendment offered by Rep. Tim O’Driscoll (R-Sartell) that would authorize a potential land exchange in St. Louis County to go forward.

The amendment, which was adopted by a vote of 78-53, would allow the DNR to go ahead with a process that could result in the swap of 11,000 acres of school trust land in the county for land of equal value in another location. The exact value of that land, and where it would be, were at the heart of the debate.

O’Driscoll said the proposed trade was being explored in order to maximize the return from school trust lands, which was the charge the Legislature had given to DNR. Rep. Jean Wagenius (DFL-Mpls) said the land in question is a drained peat bog that a private party wanted to acquire, restore, then sell off the mineral rights, and she wondered why the state wouldn’t retain it.

However, Rep. David Dill (DFL-Crane Lake) said it wasn’t possible to answer questions about the potential swap until further exploration of the issue was done. He added that any land the state would receive in the swap would have to have equal value for what was traded, and would need DNR approval before any transaction took place.

“Just because we authorize this today doesn’t mean it will ever happen,” Dill said. “It will allow them to go forward with the process.”

The bill now goes to the Senate, where Sen. Foung Hawj (DFL-St. Paul) is the sponsor.