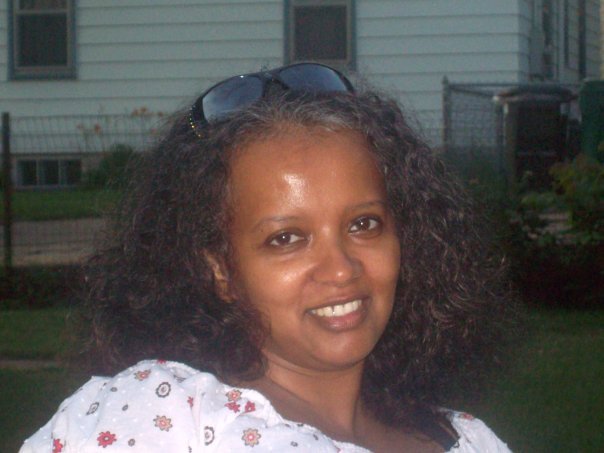 When Ladan Yusuf came to the United States from Somalia at the age of 13, she could not read or write English proficiently. By the time she was in the eleventh grade, at a public high school in northern Virginia, she was in an AP English class with native English speakers. Yusuf credits the strong English Language Learner (ELL) programs of the public schools she went to for her quick rise.

She later studied international development and development economics at Saint Mary’s University in Halifax, Nova Scotia and got an Master of Public Administration degree from New York University.

I recently asked Yusuf to tell me more about her work with CrossingBarriers, which is located at 450 North Syndicate in St. Paul.

I started CrossingBarriers after I moved here from New York because I could see that ELL and immigrant students were not being educated adequately. Originally, I did not want to start my own non-profit, but wanted to partner with an existing one. It became clear that many people in Minnesota were not comfortable with the idea of a program built around advocacy training, so I created an organization [and] called it CrossingBarriers. I felt the advocacy would help communities of color, marginalized immigrants and non-immigrants cross barriers and come together across ethnic lines in education advocacy.

Your first big case was helping immigrant students at Abraham Lincoln High School in Minneapolis sue the Minneapolis Public School district. Tell me about that.

In 2004, new to Minnesota, while trying to connect and network, I came across Somali teachers and assistant teachers who continued to complain about the lack of quality education for Somali youth in the Minneapolis Public Schools’ English Language Learners Program, particularly at Abraham Lincoln High School. This school was run by the International Institute, under contract from the Minneapolis Public Schools, and its population was 50 percent Somalis, 30 percent Oromo and 20 percent Latino. Soon, I was asked by teachers at the school to help advocate for these students, who were being poorly served by the school.

What were the main issues at Abraham Lincoln High School that the students, families, and teachers complained about?

Starting in September of 2004, and on through February of 2005, I began documenting the stories of the students and connecting patterns within these stories. What I discovered from the students is that the school did not have hot lunches, textbooks, science labs, or licensed teachers with the exception of one. Also, some of the students who had attended the school for five years could not read or write English, and others were not getting special education services.

One student who was deaf stayed in the school waiting for help; once he turned 21, they transferred him to adult education. In addition, 80 percent of the students could not pass basic standardized tests. After six months of research and student documentation, CrossingBarriers filed a complaint with MDE and the Minneapolis Public Schools, as well as the U.S. Department of Education, Office of Civil Rights. The case, named Mumid vs. Abraham Lincoln High, landed in the U.S. Supreme Court.

The courts ruled against the Abraham Lincoln students. Did any good come out of this experience?

Because of the lawsuit, CrossingBarriers attracted young people that wanted to learn advocacy and activism. Also, for the first time, MPS adopted a policy to implement best practices for ELL instruction, and students began receiving better services through licensed teachers and administrators. Other schools in Minneapolis that also served immigrant and ELL populations then began to improve due to this lawsuit, as they feared similar ones being filed at their schools.

That is how we began working on advocacy and community organizing projects for youth and parents with diverse groups from Latino, Asian, Somali, Oromo and East African and African American communities. These projects have included the Eden Prairie Education Project, St. Paul Education Project, Coalition to Close the Achievement Gap, Students Against Violence, parent trainings and a youth leadership and community organizing program.

Can you provide another example of who you work with and what you train them to do?

Each year, CrossingBarriers engages 400 to 500 youth, parents, teachers, and community members through training and workshop programs. The youth and parents we work with come from places where we’ve been asked to help advocate for and train people. For example, we helped Eden Prairie students address problems with low-performing mainstream and ELL classes. We’ve also worked with youth from the Phillips neighborhood in Minneapolis to address youth violence, communication issues with teachers, and drug prevention. Sometimes, parents call CrossingBarriers because they hear about our work through word of mouth. Particularly, one parent heard about us and asked us to help advocate for them with local charter schools where they felt they didn’t have a voice for their students.

What has been particularly difficult about the work you do?

Some other funders do not value the work and do not see the long- term goal of helping young people learn skills they will need that will help them get out of poverty. Many want to help youth when they drop out, are on drugs or in gangs, but not when they are resilient and able to resist these temptations in their schools and neighborhoods, and want to change their world.

It is okay to talk about racism and be honest about the issues we face rather than finding tokens to speak for us that have no impact on the community, or entrenched liberals who run the show with no results. Also, corporate agents that think they know better but can’t solve one issue in any of their charter schools are not the answer to our problems. The real answers always come from those who are directly impacted by racism and poor educational options, but hardly any one is listening to the parents or youth in these situations. Unless, of course, the parents or youth have been hijacked by groups that have their own political agendas. I believe we need strong leadership that is based on courage and not fear or self-preservation.