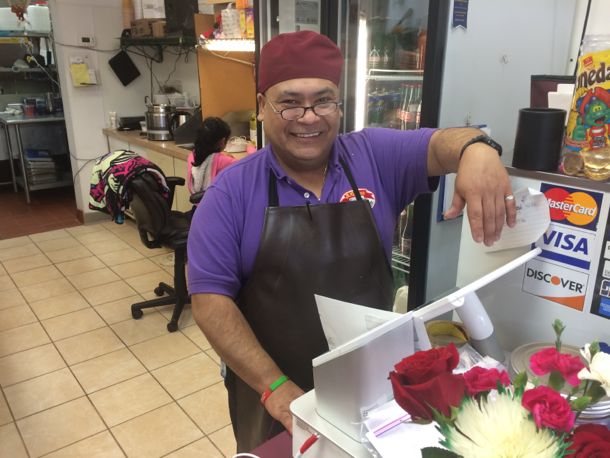 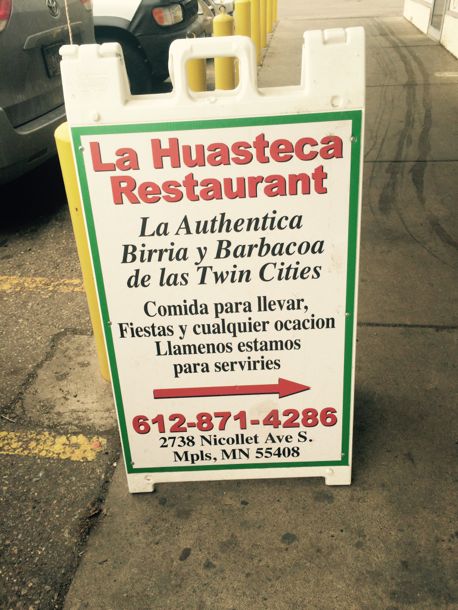 You think you know Mexican cuisine?

Okay, everybody has heard of tacos and tamales. But what about tacos de canasta?  Or tacos al vapor? Or tacos Oaxaquenos? Or barbacoa de chivo? Or birria de cordero? Or Dori’locos.

They are all on the menu at La Huasteca, a friendly little Mexican diner and take-out on Eat Street.

Tacos al canasta – basket tacos – are a kind of tacos sold by street vendors, who traditionally peddle them on bicycles. Unlike traditional tacos, which are made to order, these are prepared in advance, and kept in a big covered pot that holds their heat. At La Huasteca, the fillings include chicharron prenzado (pressed pork rind), chicken with red chile sauce, and chorizo (all $2).

Barbacoa is a taqueria staple, and local versions are usually prepared with beef. La Huasteca’s version ($10 with rice, beans and tacos)  is made with chivo (goat), slow-cooked and very tender. Birria Veracruz style, ($11) is less common locally – a similar but spicier preparation, made from lamb (or more likely, mutton).

Tamales Oaxaquenos ($3), from the state of Oaxaca, are close relatives of the traditional tamales served elsewhere in Mexico, except that the filling of corn meal wrapped stuffed with meat, cheese or vegetables is wrapped in a banana leaf instead of a corn husk.

These are all very traditional dishes, but La Huasteca also offers one of the trendiest new street food snacks from Mexico City – the Dori’loco. It’s the south of the border cousin of the Frito Pie, a pile of Doritos (invented in the USA) topped with diced mango, pineapple, carrot, cucumber and a couple of different kinds of hot sauce.  It was a bit tart and spicy for my taste, but definitely a novel taste experience.

Chicharrones a la Mexicana ($5) are a snack food served on a sheet of fried chicharron (pork rind), topped with refried beans, lettuce, avocado, queso fresco and cueron de puerco (loosely translated as pickled pig skin. Interesting, but I don’t think I will order that one again.