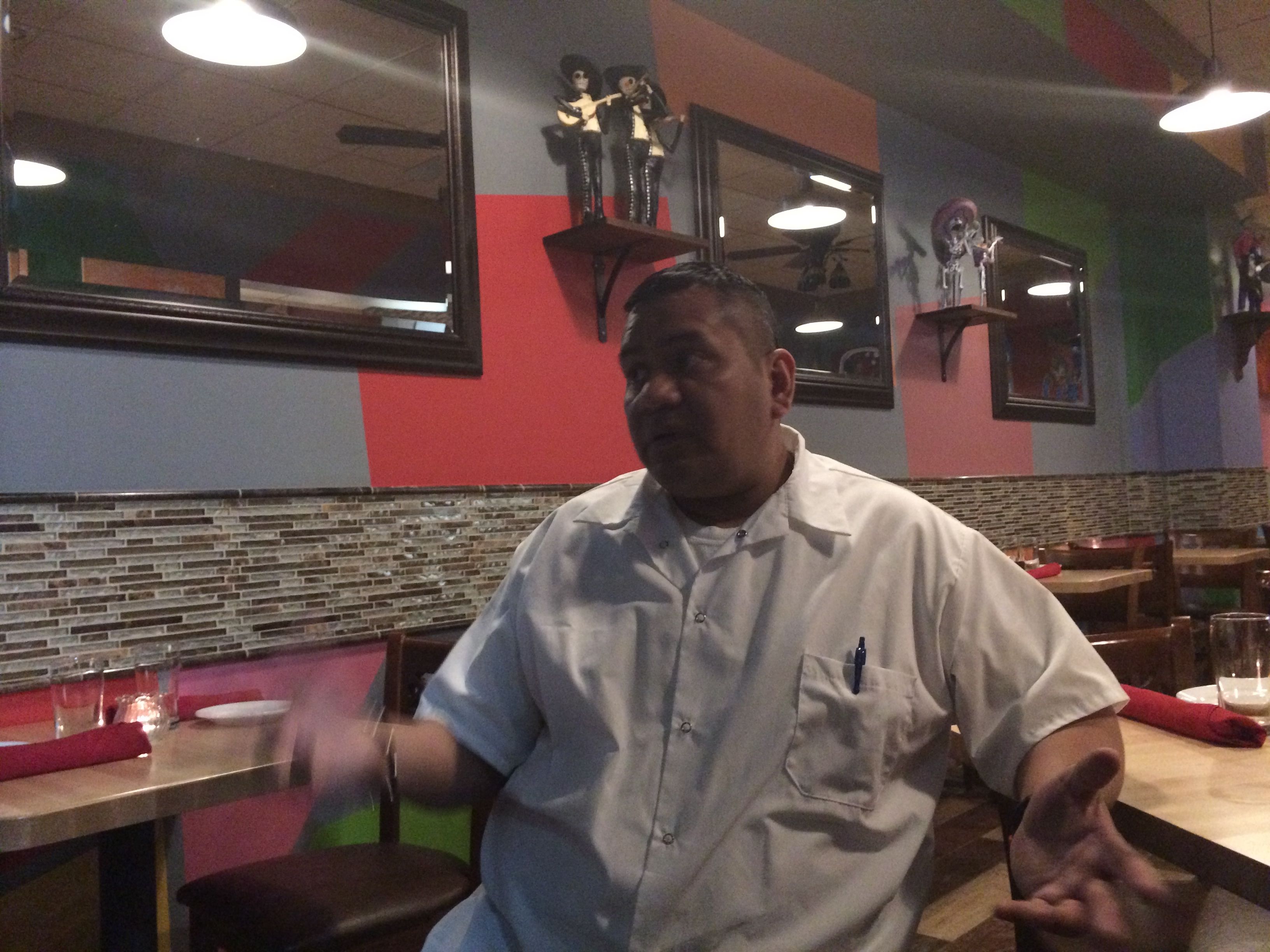 I won’t pretend to be objective about La Fresca, Hector Ruiz’s new nouveau Mexican restaurant at 48th and Grand in south Minneapolis. I have been a fan of Hector Ruiz’s cuisine ever since he took over El Mesón ten years ago. We’ve gotten to know each other a bit. And now — full disclosure — my niece works in the kitchen at one of his restaurants.

El Mesón closed a couple of years ago, but since then, his cuisine and his restaurants have only gotten better – first Café Ena, his Latin fusion restaurant at 46th and Grand, then Rincón 38, the cozy little tapas bar at 38th and Grand, and now La Fresca, which features creative interpretations of traditional Mexican dishes.

Ruiz, who was born in Los Angeles and raised in Mexico, came to Minnesota at 17 to work at Tucci Bennuch in the Mall of America. He soon enrolled in the Cordon Bleu culinary program, and earned an internship with renowned French chef Alain Senderens at the three-star Lucas Carton restaurant in Paris (now closed). That classical training shines through in different ways at all of his restaurants.

Fresca’s menu is divided into three sections – primeras, segundos and terceros. It’s a bit misleading to call the primeras appetizers — they make good first courses to share, but most of them are served in large enough portions that they could make a satisfying main as well. At least some of the primeras, like the guacamole ($9) and quesadillas, will be familiar to devotees of Mexican cuisine, but when you order a quesadilla at the typical local taquerias, they usually aren’t made with homemade tortillas, and aren’t prepared with wild mushrooms, epazote, shallots, crema de pepita and cotija cheese.

Other dishes draw on the Mayan traditions of Yucatan — for example, the panuchos, tortillas stuffed with black beans, topped with slow-roasted cochinita pibil (pork), habanero pickled onion, and a tomatillo-avocado salsa ($8); or the chilatl, a roasted pepper stuffed with ground beef, braised golden raisins, boiled egg, and Spanish olives ($8).

That kind of meeting of creativity and tradition is in evidence throughout the menu. The segundos — soups and salads — range from an Azteca salad, made with

I have only sampled a few of the terceros — entrees, but they are impressive as well. My favorite so far is the mariscada, a seafood stew. It’s a richly flavored cousin of bouillabaise and cioppino, brimming with red snapper, scallops, calamari, squid, shrimp, carrots, and braised fingerling potatoes in a shellfish puya pepper broth. I also enjoyed the lechon —  herb crusted pork tenderloin in an ayocote black bean mole sauce with fennel, potatoes, asparagus, smoked bacon, roasted poblanos and pickled habanero onions ($17).

I haven’t  made much headway with the dessert menu, either, but I can recommend the pan de caballero pobre, the Yucatecan answer to French toast, made with a brioche bread topped with Mexican cajeta (caramelized goat milk, vanilla cream and maybe a splash of rum.)

The drinks list offers a good selection of wines by the glass or bottle, mainly from Spain, Argentina and Chile, and mostly under $30. The beer list is a mix of familiar Mexican brands and American craft beers, mostly in bottles but a few on tap. If you prefer a non-alcoholic option, be sure to try one of the aguas, light and refreshing not-too-sweet “waters” flavored with your choice of cantaloupe, watermelon basil, cucumber-lime or strawberry-mango ($3).

Hector Ruiz in the kitchen