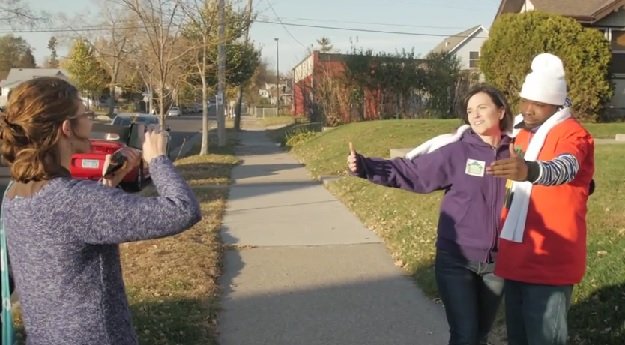 (Still from video by Neighborhoods Organizing for Change) Video below

Some Minneapolis residents are outraged over a KSTP report claiming Mayor Betsy Hodges allegedly flashed a gang sign with a Northside man with a criminal history.

5 Eyewitness News reported on Nov. 6 that a photo they obtained shows Hodges and now identified north Minneapolis resident Navell Gordon flashing gang signs. The photo, KSTP reports, was taken a week before the November elections, and shows Hodges and Gordon pointing at one another and smiling. KSTP’s reporter Jay Kolls said on his Twitter account that the hand gesture is a known gang sign of the north Minneapolis gang Stick Up Boys. KSTP has the photo posted on their website.

But many residents disagree and have expressed their dissent via social media. After the report aired, Twitter and Facebook heated up, with users labeling the incident as #PointerGate and demanding a retraction and apology from KSTP.

“Did anyone just see the story on KSTP-TV? I am appalled at this news story!” wrote University of St. Thomas law professor Nekima Levy-Pounds on her Facebook. “The story showed Betsy Hodges for Mayor in a photo with a young African American man from the Northside and the two of them pointing at each other in a playful way.”

The report is irresponsible, Levy-Pounds continued, and a clear form of retaliation against Hodges because of her stance on police misconduct and a need for Minneapolis police reformation.

Last month, Hodges said there are officers in the Minneapolis Police Department who abuse their power and she vowed cleaning them out would be a cornerstone of her administration. Hodges is also a well known coordinator of the police body camera pilot program, which started today.

“This is one of the most OUTRAGEOUS news pieces I’ve ever seen,” wrote SumOfUs campaign manager Nick Espinosa on Facebook. “As if their constant harassment of [Neighborhoods Organizing for Change] canvassers throughout election season wasn’t enough, apparently Minneapolis police think pointing at someone is equivalent to a gang sign.

“KSTP-TV needs to apologize for this slander immediately and issue a retraction,” he said.

But in a Neighborhoods Organizing for Change video posted on YouTube, Gordon appears to be making playful gestures with the Mayor, as they try out different hand gestures during a photo op. Harteau is also with the group during the incident, as seen in the video.

“I made some mistakes in my life,” Gordon says in the video. “I can’t vote. I’m not ashamed to say that. I’m working on fixing that right now, so I can be able to vote.”

KSTP reports that Gordon is a twice-convicted felon for drug possession and selling and illegal possession of a firearm. According to their report, he’s serving his five-year sentence under a negotiated three-year, supervised probation period until 2016.

Twitter lit up after the KSTP report as well, with several Twitter users confronting Kolls and calling him ignorant for his interpretation of the photo. Kolls fires back, telling one user that the man is a gang banger and his gang has killed people. Read the exchanges below. 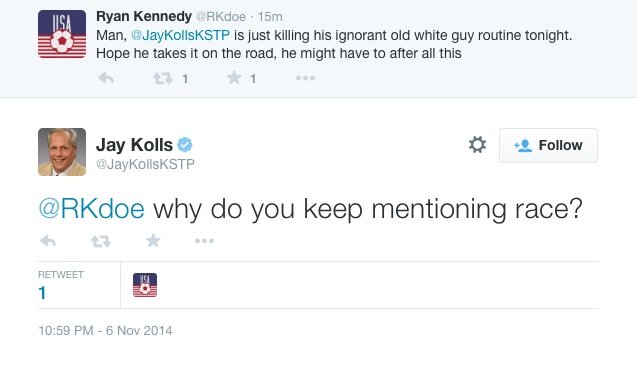 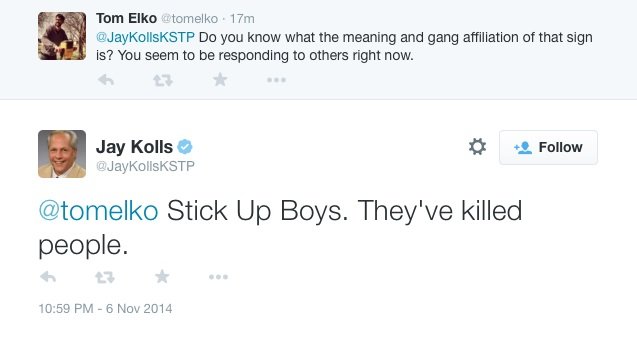 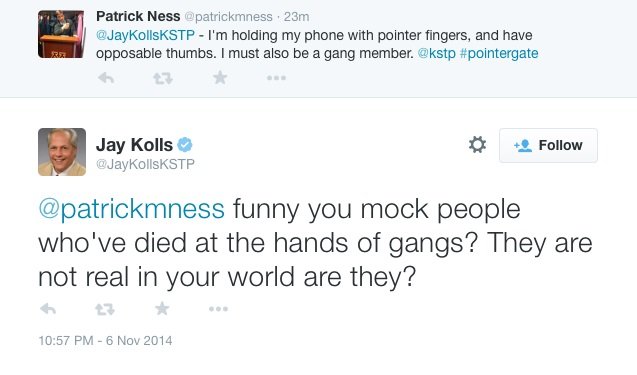 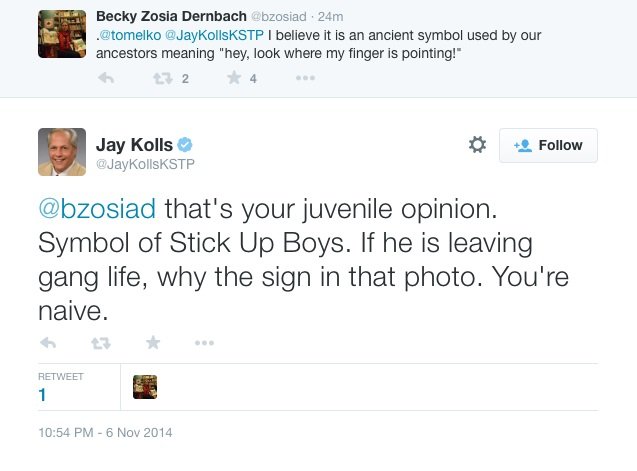 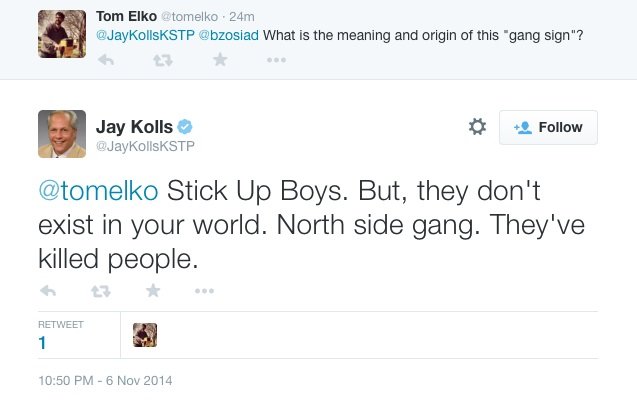 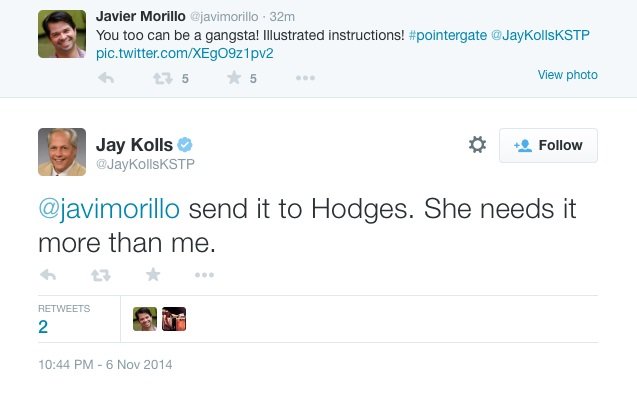 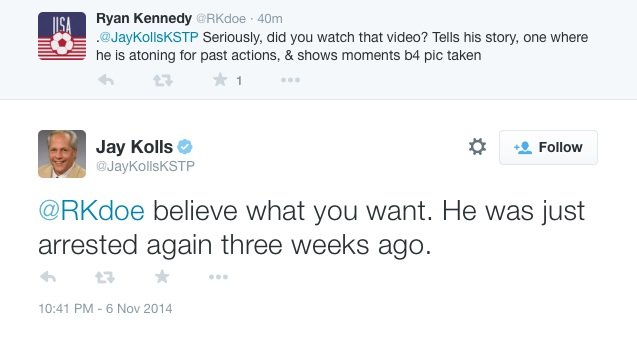 Cirien Saadeh contributed to this report.