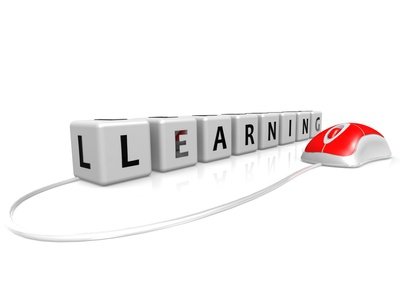 Krishna Pathak, like his former colleague Ben Peck, was a manager in the Minneapolis Public Schools’ Information Technology (IT) department for many years. Pathak started in the district in 2001 and resigned his position as Director of Application Services in December 2013, as a show of support for Peck, who was fired that month by Rich Valerga, the district’s current Chief Information Officer (CIO).

Recently, Pathak shared more information about a question that is on many people’s minds these days: What is going on with Minneapolis Public Schools’ IT department?

You worked for MPS for over twelve years. Why did you resign in December 2013?

I resigned to show support for Ben Peck, my colleague who was suddenly fired in a public way.

What happened when you submitted your letter of resignation?

I gave my two weeks notice in an email, and outlined the reasons why I was resigning. I received no reply from our CIO, Rich Valerga. That same night, however, I tried to log into the MPS system, but my access was gone.

Aside from Peck’s firing, why did you resign?

Since Valerga came to MPS in August 2013, we were working in a hostile environment of harassment and intimidation. As soon as he became CIO he told us, “I want a lean IT department,” but that’s the only plan or vision he ever communicated to us. He didn’t take time to know our working environment, or realize that we already had a lean IT.

I would describe Valerga’s style as “my way or the highway.” I consider him to be rude, cruel, and disrespectful. When we asked him what wasn’t working in IT, he never answered. We felt like slaves, and every day was crazy. Normally I don’t hate anyone, but this guy is so, so cruel.

What specific problems were you seeing?

Valerga didn’t share what he was doing with anyone. No one had any idea what was going on. He started taking people out of state, but no one knew why. He told his staff not to tell anyone, and no one could reach him.

He also hired a secretary for himself and told us, “Anything my secretary tells you, it’s from me.” She has as much power as anyone, but no one knows what she is doing either. At least the two CIOs we had before Valerga appreciated our work, and us, and were trying to help move us forward. It took years to build our department, and we always had the highest customer service rating of any department.

We had just been through so much, with constant CIO turnover, and district administration turnover, along with moving everything from the district’s old headquarters on 807 Broadway into the Davis Center. We had received lots of praise for our work, including from the Superintendent, who liked the “Classroom for Success” data system we built for MPS.

We were trying to move forward before Valerga came along. But then, he just started randomly firing people. We didn’t want him in MPS in the first place.

Why didn’t you want Valerga to be CIO?

He was the last choice of the hiring committee, but he seemed to have a connection with Superintendent Johnson. Our former director, Coleen Kosloski, sent an email to the Superintendent, saying that Valerga’s former colleague in St. Paul was warning us not to hire him. We were shocked that MPS picked Valerga for the job.

Did you think MPS needed a CIO?

No. Those of us in the IT department had told the Superintendent that we didn’t need a CIO, but they don’t listen to us. We had been going along pretty well before a 2010 audit of our department, done by the CELT Corporation, said we needed a CIO. But lots of districts do not have CIOs; most have a director only. We just didn’t think it was necessary.

However, the first two CIOs, David Mayor and Don Hall, didn’t bring drastic changes to the department. Hall, for example, knew everyone’s names and knew how hard everyone was working. He wanted to put money back in to the schools and had a five year plan. Unfortunately, he left the job after six months.

I’m all for changes, but not when they are done disrespectfully and cruelly. If people need to be let go, that’s fine, but not the way it has been done this year in IT. Almost everyone is gone. Now, there are lawsuits and union grievances, and corruption. For example, the new Director of Applications, Norm Reideman, has no experience in applications. Ben Peck hired him, but he aligned himself with Valerga and took over when Ben was fired.

Did anyone try to alert district officials to what was going on in IT?

Yes. We emailed Superintendent Johnson and CEO Michael Goar. We sent five to seven emails to them, and everyone was calling Goar. He didn’t seem to care or respond. He only said, “I’ll get back to you.” Also, Valerga told our department not to talk to any of the people who had been fired or laid off. He said that if we did, we’d be gone too. There were just no answers for what was going on.

Do you have a new job?

Pathak sent a lengthy email to MPS Chief Executive Officer Michael Goar in February, explaining reasons for leaving and raising serious concerns about Valerga’s performance and the future of IT in Minneapolis Public Schools. In part, Pathak wrote:

“I love MPS and will always keep MPS in my heart but when I see things are falling down and no one is listening and taking action, [that] makes me and everyone of us heart broken.”

Goar responded that he would pass the email on to the appropriate person.

Pathak said Michael Goar shared his personal phone number with the IT staff who had contacted him with concerns. Pathak says seven or eight IT employees did call Goar about Valerga’s actions, and that Goar listened and indicated he would look into their complaints.

CORRECTION 6/3: “Union inquiries” has been corrected to read “union grievances.”