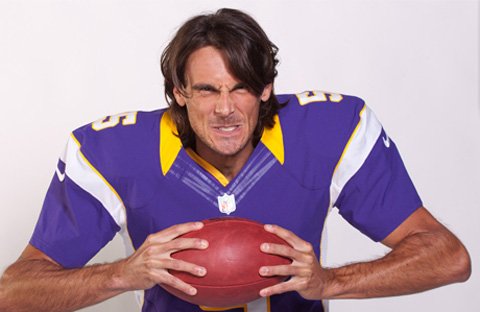 The standoff between the Minnesota Vikings and former punter Chris Kluwe over allegations of homophobia has ended with a settlement, Kluwe and the team announced on Tuesday.

Kluwe threatened to sue the Vikings for discrimination after he was let go in 2013. Kluwe alleged that some in the Vikings management engaged in homophobic behavior and that he lost his job because of his outspoken support of LGBT rights. The Vikings initiated an outside investigation and released a partial report showing that special teams coach Mike Priefer said, “round up all the gays, send them to an island, and then nuke it until it glows.” The Vikings have declined to release the full report, and a team of Minnesota legislators have begun pressuring the Vikings to increase the punishment of Priefer, who will be suspended for three games.

With the announcement of the settlement on Tuesday, the team and Kluwe have averted a lawsuit.

The Vikings have agreed to donate to LGBT charities, add a zero tolerance policy for discrimination to its employment code of conduct, and work to end homophobia in football. Neither the team nor Kluwe released any details.

“We appreciate Chris Kluwe’s contributions to the Minnesota Vikings as a player and a member of this organization during his eight seasons in which he established many team records as our punter, and we wish him and his family the best in the future,” Vikings Owner/Chairman Zygi Wilf said in a statement. “In regards to this matter, our focus remains on maintaining a culture of tolerance, inclusion and respect, and creating the best workplace environment for our players, coaches and staff.”

“As a family we have long-supported equal rights causes, including marriage equality,” said Vikings Owner/President Mark Wilf. “We are glad a resolution of this matter has been reached, and we look forward to continuing our efforts to create positive awareness of these issues.”

“I’m pleased that the issue has been resolved,” said Kluwe. “I intend to continue to speak out on behalf of marriage equality, and I am pleased to be a part of the impact the Vikings material charitable contributions will have on LGBT and related causes.”

“Resolving this matter was not difficult,” said retired Judge Rick Solum, who mediated the settlement. “This resolution joins the Vikings strong track record of workplace diversity and the Wilf family’s significant past support for marriage equality and other diverse causes with Mr. Kluwe’s selfless goals of advancing the protection of gay rights in professional football and LGBT rights in sports generally.”

On Twitter, Kluwe gave some details of the settlement: 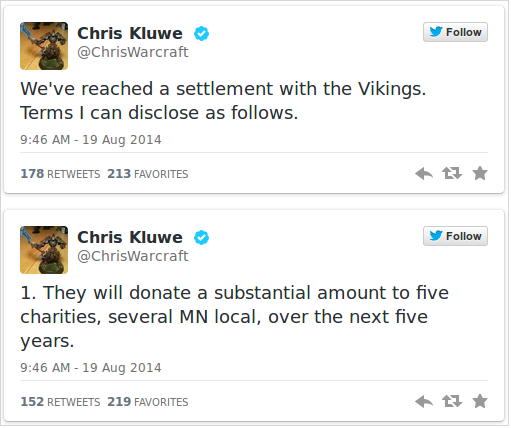 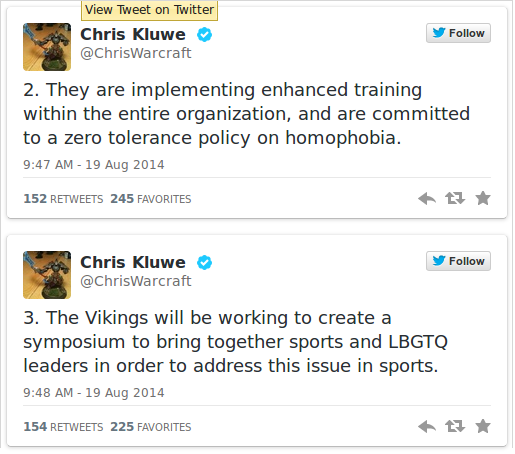 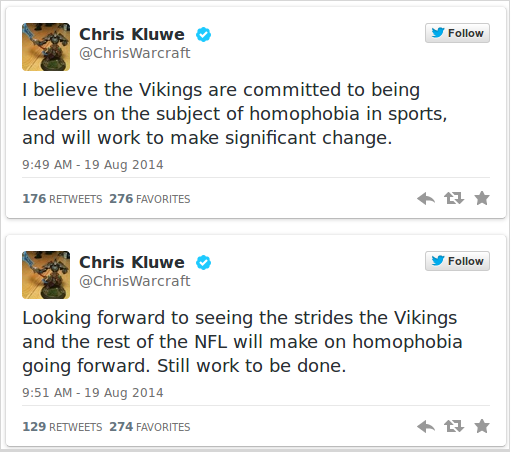 Kluwe noted that he will not benefit financially from the settlement: 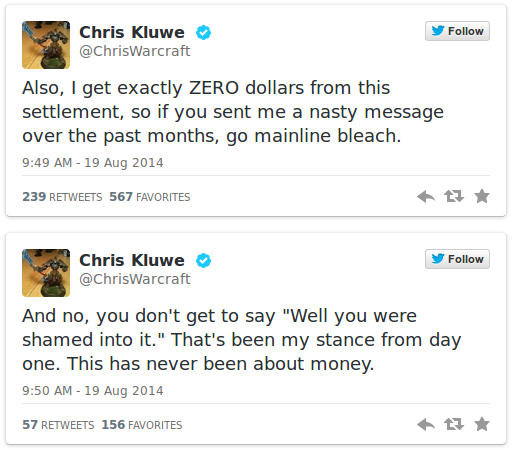 Kluwe addressed the Vikings investigation that led to a report on homophobia in the organization, a report the Vikings declined to release: