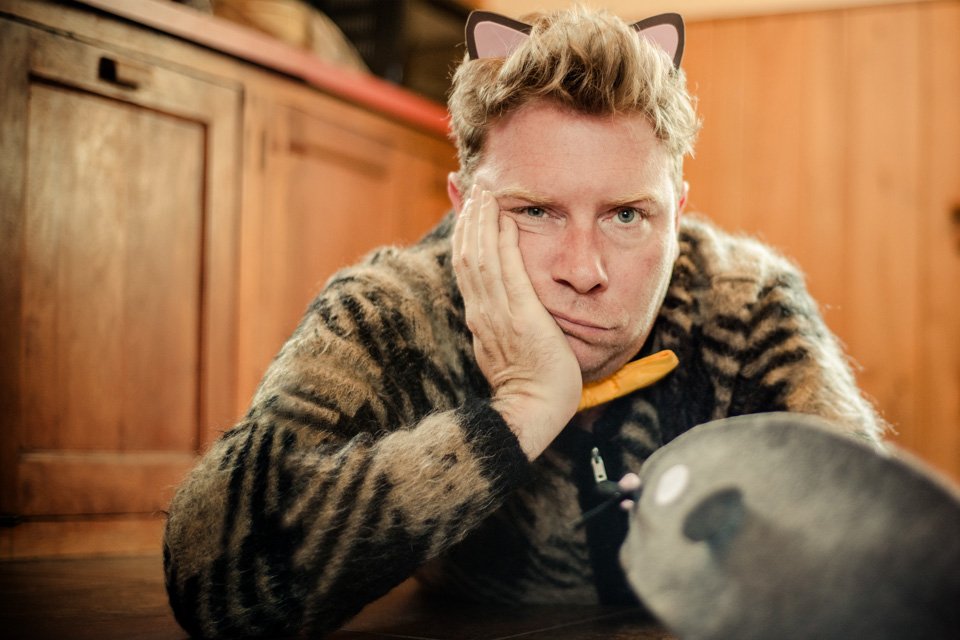 Loudmouth Collective’s Kitty Kitty Kitty was an amusing story about a cat named Kitty falling in love with his clone, named Kitty Kitty, before being rudely separated. It’s a story of love and loss. Death and cloning. Of what it is to be lonely. It was a beautiful story, full of laughter and tears. Katie Willer, who played Morris/Mrs. Person, was very good. The way that she showed the differences between her two characters was brilliant, you could hardly even tell she was the same person. The set was very simple and it worked to tell the audience where the scene took place. The show was fantastic but it dealt with some very mature subject matters. These aren’t your normal cute little house cats.