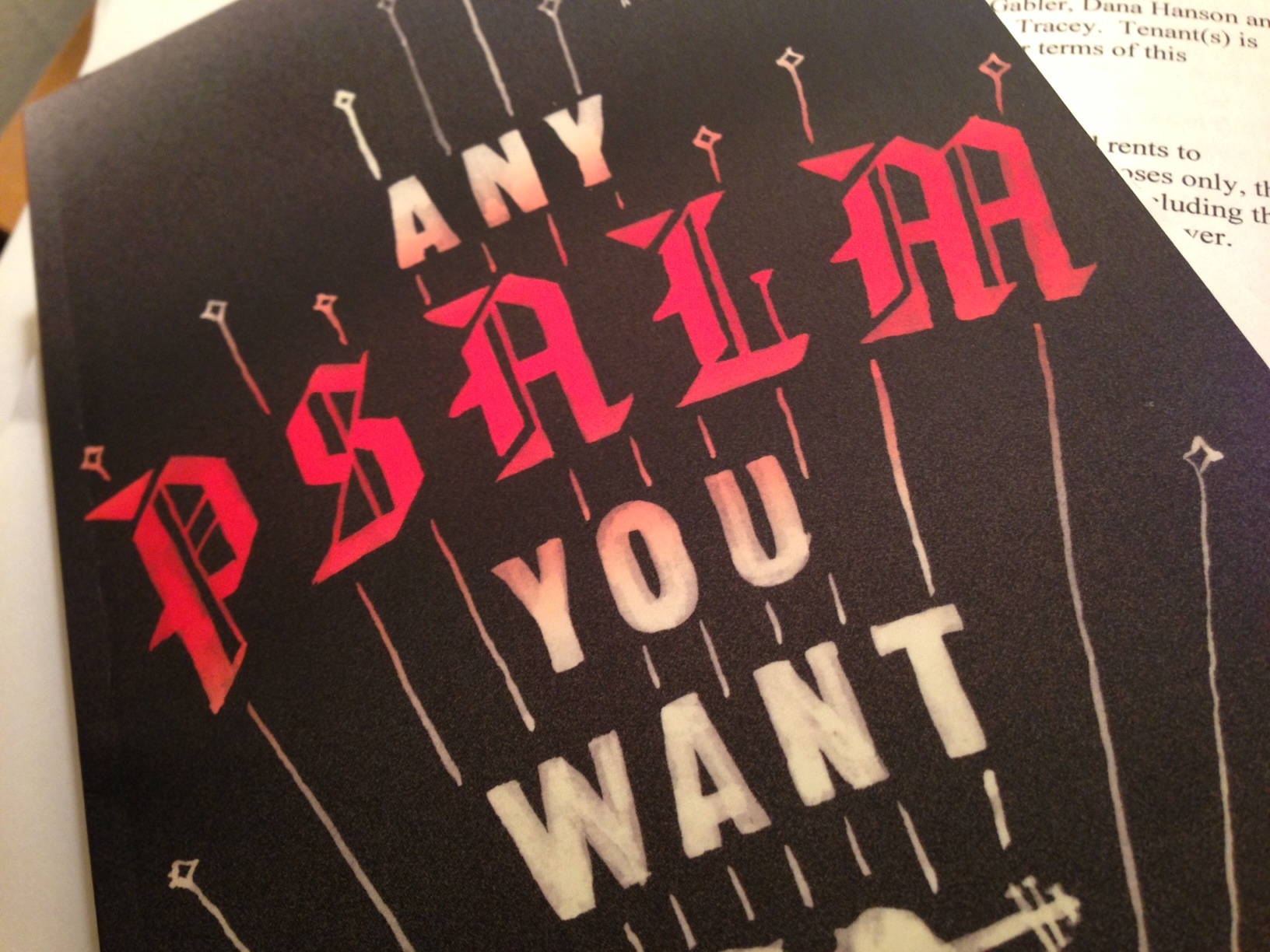 I spend a lot of time thinking about how creative writing will adapt to, with, and through the move from print to digital—but with Khary Jackson’s Any Psalm You Want, I was presented with a book of poetry that feels fresh and contemporary despite being printed on old-fashioned paper (that is, on any paper at all).

Jackson is a Minneapolis artist whose career illustrates how freely one can move in our supportive literary community among the roles of “poet” and “performer.” The poems in Any Psalm are unmistakably from the pen of a man accustomed to live performance, but they live up to the mandate of the publisher (Texas-based Write Bloody) that their authors craft work that “soars on the page.”

Among the many remarkable qualities of this book is the variety of the work—in both substance and texture. Poems range from the prose-like to the completely free, and vault across references ranging from classical mythology to Natalee Holloway. Jackson breaks boundaries and bends rules without being ostentatiously post-modern; the book’s press release cites similarities to Saul Williams, Pablo Neruda, and Langston Hughes, and it’s hard to imagine that the bard of the Harlem Renaissance wouldn’t recognize and appreciate the verve with which Jackson is using his African-American voice in the 21st century.

Jackson’s poems are often high-concept, with titles that frame and telegraph their contents (“George Gershwin Writes Janis Joplin After Hearing Her Version of ‘Summertime,'” “From Leadbelly to Kurt Cobain”). Even within such tight frameworks, though, Jackson consistently surprises and engages. You think you know what each poem is going to be about—and you’re not wrong, but you’re not entirely right, either.

For all his sweeping high-low references, though, Jackson can also connect on an elemental level when writing about the simplest things. For me, the book’s most moving poem is the short verse titled “Lost.”

As of yesterday, her ex-husband is dead. She is seventy.
I am twenty-nine, with no idea how I’ll get there.
But I know there was a time I wanted to be seventy, with you.

The moment
when your flickering, dying mind strains to frame
a blurred shot of me, when something dimming inside
you says, Lost One. For this, you were supposed to be here.