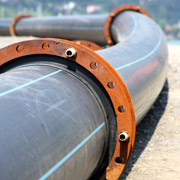 By postponing construction of the Keystone XL oil pipeline from Canada to Texas, President Obama has ignited a political firestorm that will rage right up to Election Day. Progressives will praise the decision for protecting the environment, making a symbolic step toward a cleaner energy economy, and standing up to conservative bullying in Congress.

Conservatives will cite the decision as evidence of the President’s refusal to create jobs and giving into his political base in an election year.

But politics aside, a central feature of the pipeline debate is the jobs the project would create. While predictions on exactly how many jobs would emerge range widely from several thousand to nearly 250,000, one fairly important group on the topic is split on the issue: labor unions.

Not surprisingly, labor unions whose members would work on the proposed pipeline, such as the Building Trades Council and Minnesota’s own International Union of Operating Engineers Local 49, support the Keystone XL project. But other unions, such as the Transport Workers Union, United Auto Workers and United Steel Workers, have supported the President’s decision to postpone the pipeline construction.

There is no doubt that the jobs needed to build the pipeline, regardless of the number, will help a construction industry that currently faces a 16% unemployment rate. It is also true that the communities along the pipeline route would see an economic boom from the influx of workers and business. Northern Minnesota communities experienced the same “shot in the arm” when the Alberta Clipper oil pipeline was built in 2009.

But these jobs and local economic windfalls are temporary; the pipeline workers generally don’t stick around and are usually not from the areas around the pipeline in the first place. What happens to these jobs when the pipeline is finished two or three years later? Does a temporary, short-term increase in employment justify the construction of yet another oil pipeline that carries the dirtiest transportation fuel on the planet?

This is an extremely difficult question to answer because it pits people’s livelihood and the ability to feed their families against the long-term, global environmental and health concerns of continuing to extract and burn fossil fuels. So the bigger question here should be “How do we continue to employ these construction workers while pushing forward with clean energy sources and a green economy?”

AFL-CIO President Richard Trumka, who comes from a family of coal miners, is apparently grappling with this same question. He recognizes that both sides of this argument, workers and environmentalists, need to acknowledge the other side’s perspective if true progress is to be made. Postponing the construction of the Keystone XL pipeline will provide the space needed for this dialogue to happen.