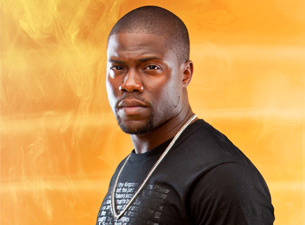 Almost midway through his 57-minute comedy set Kevin Hart pleaded, “Don’t judge me, let me explain.” It was an appropriate suggestion, as the three latter words are also the title of his tour. On December 21 at Target Center a familiar, bubbly and extra-funny Hart took the stage. Thankfully—unlike one of the opening acts—Hart skipped over the cliché cold weather icebreaker jokes and instead turned up the heat with a laser and pyro grand entrance accompanied by rapper Meek Mill’s song “I’m a Boss.”

Before unleashing his quirky still manly personality he promised to rev up “pointless fire” throughout the show. Why? Because Jay-Z and Kanye West had it at theirs. Probably five times—with the raising of an arm and saying the commanding phrase “Get fire in this [explicit],” six shoulder-length flames blared behind him.

For the larger part of the show, Hart stayed on the topic of relationships. Newly divorced, he confessed he’s happier than his ex-wife pulling out the “crazy” voices, gestures and scenarios of their past. So, how does he define an irrational woman? It’s any girlfriend that in an argument seamlessly alternates between dramatic screams and talking in a calm voice. Or, it’s a partner that rotates their head to the side while lunging forward to emphasize their words. This is actually very engaging when he partially overemphasizes/partially acts it out.

Hart also did a lot of explaining about his acknowledged and senseless habit of lying. An instance he used as an example was one where co-workers attributed their lateness to having overslept. Hart’s tardy excuse entailed adopting a baby that he found running across the highway. This baby also had “Benjamin Button’s Syndrome” and used a Deerbra (half Deer, half Zebra) to get around.

Overall, the show packed more humor than expected. Though Hart’s material wasn’t far off from that of his latest comedic film Laugh at my Pain, this performance was a greater — a much more entertaining — effort. Hart’s energy was up and the jokes were both on and off cue, as every decent comedian’s are. Lucky for fans the show will be released on DVD next spring — the reason audience members were asked to put away phones and partake in absolutely no recording, tweeting or texting during the show.  Despite the overbearing rule attempting to pull viewers in completely, Hart did a fine job of that himself.