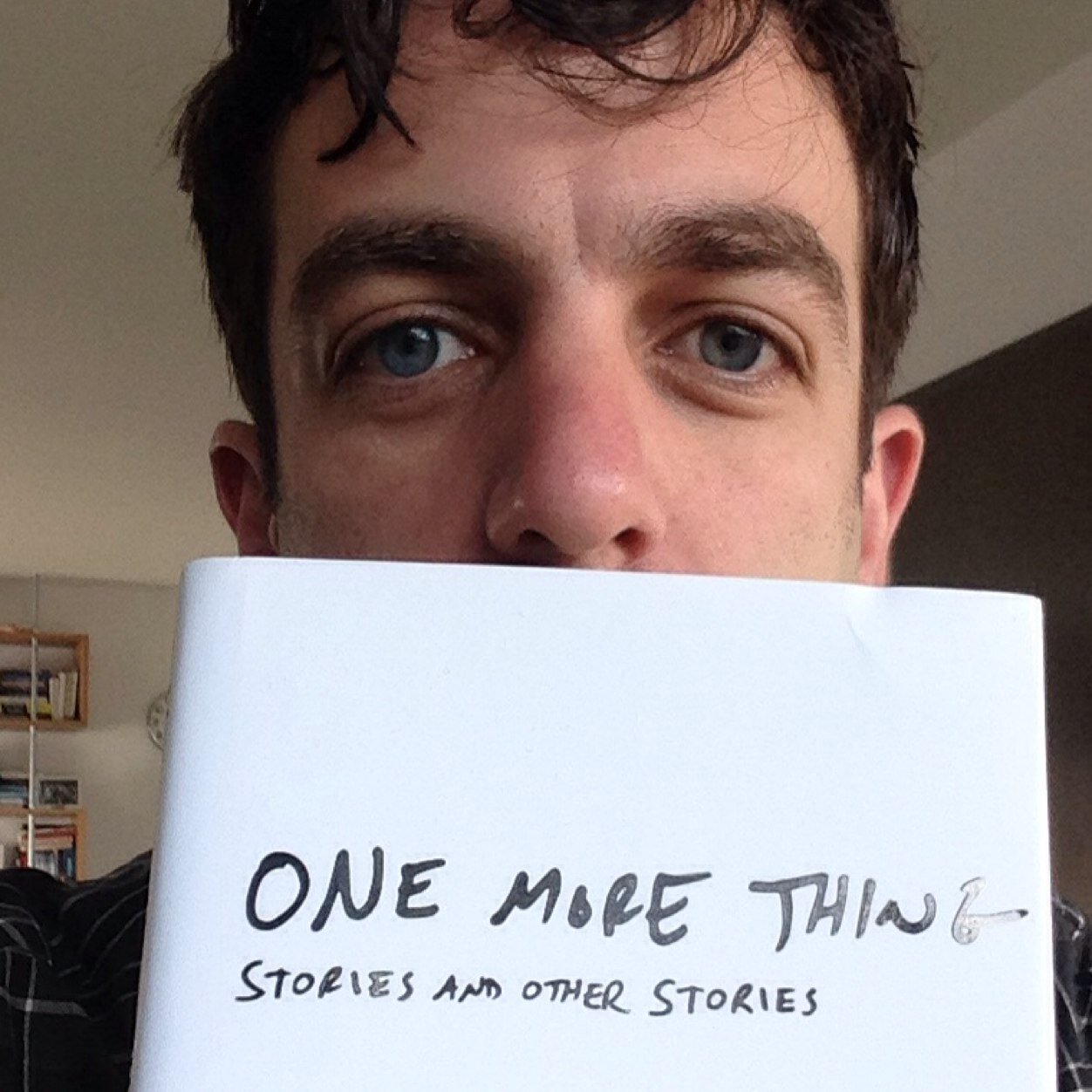 The crowd wasn’t large but it was palpably excited to see B.J. Novak In Conversation with Kerri Miller at the Fitzgerald Theater on Wednesday, February 26. I loved Novak’s newly released first book of shorts called One More Thing: Stories and Other Stories and was prepared for an evening of mutual admiration. Novak tweeted earlier in the day about being excited to perform “in the shadow of Garrison Keillor” and walked out in a blazer and jeans, delightfully similar to what Miller was wearing. I wrote down “adorable and respectable” of Novak, and that’s about where my comfort with the evening ended.

First, know that Novak’s book is very sharp—the stories, while hilariously funny at times, are frequently unsettling and embedded with the small moments of dissatisfaction in life. He even includes discussion questions at certain points for good measure. He is almost impossible to stump, pulling thoughtful answers from the air in response to any kind of question. This intelligent, accomplished young man should be an ideal guest for this type of program, but I think Miller disagreed. The major lines of interrogation that she approached him with were vaguely insulting and ended with a repeated line of playground chiding to get him to admit that he and Mindy Kaling are “soul mates.” First she stated that she didn’t know if he’d failed enough and dragged him through a prolonged discussion of what value our society places on failure. Then, to lighten the mood, she insisted that all celebrities present a carefully constructed false personality to the public, obsessed with their own marketability. Novak parried the comments gracefully, insisting that to lie about yourself constantly is not something that people can succeed at in the internet age and requires an amount of energy that no one wants to invest in it anyway. After one of the many pauses in which he took to laugh at her questions he actually said, “This is what happens with the Hollywood guy comes to Minnesota.”

It’s a shame that Novak had to spend so much of the evening on the defensive. Miller even admitted to probably being the more skeptical of the two at one point, which is funny given the dark humor so pervasive in Novak’s book. Stories include a woman on a first date with a man she met on the internet who turns out to be an African warlord, a brief look at how a person becomes Kate Moss, and the journal of the man who invented the calendar, a piece first published in the New Yorker. It was an audience member who asked a question at the end of the evening that highlighted what makes the book’s touches of sadness, anxiety and recognition of the hypocrisies of modern life just so entertaining to read about. She asked Novak what he thought that the current generation of 20-35 years olds are doing well. He replied with optimism. He’s not an irritating or pretentious guy because along with the cultural criticism he offers, he whole heartedly embraces fun and silliness, which is ultimately the most prominent feature of his book. I doubt he’s ever taken himself as seriously and Miller seemed convinced that he does. If you didn’t get that feeling of fun about him from his work on The Office, just look at the trailer he made for the book. While Novak may not be on the same level as Isabelle Allende or Junot Diaz, previous guests in Miller’s interview series, Miller could stand to learn a thing or two from Novak about having a more open mind and real fun with literature.