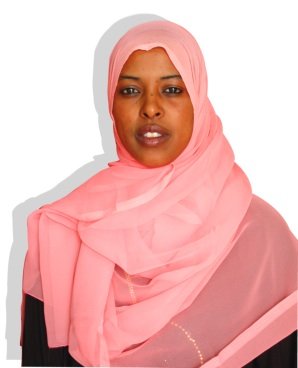 Honorable Shukran Gure, one of the first women elected to Parliament in Kenya, has been in Minnesota since January 23rd networking with local non-profits, non-governmental organizations and city governments to create partnerships aimed at improving the lives of the people she represents in Garissa County, Kenya.

Building maternity clinics, creating education and youth empowerment opportunities have been key goals of her foundation, which she created when she was elected to office in March 2013. She quickly realized that the government didn’t have any funds allocated to support programs for women and youth. So she decided to do something about it. “I created my foundation to mobilize resources so that I could help (the) people that I represent, women and youth,” she said.

Gure has strong Minnesota ties, dating back to 2000 when she first came to the Minneapolis with her husband and began working at Fairview Health Services. She enrolled at St. Catherine’s University and graduated with an Associate’s Degree in 2007 and an RN to BS degree in Nursing in 2011. After graduation, she returned to Kenya with her husband and four small children, where she learned of the new legislation that had established one seat per county for a women’s representative in Parliament. “We had a new constitution in Kenya in 2010 which gave equal representation to women in Parliament. That is when I decided to run for the political seat,” she said.

It has been an uphill battle for Gure to fund the construction of new maternity clinics in Garissa County but she is making progress. Gure is working with the UNHCR, which has volunteered to build two maternity clinics and they recently established the sites where the clinics will be built. “So now I have two and I am looking for four more,” she said. She is looking for medical professionals in the Twin Cities who might be interested in training midwives in Kenya to assist during homebirths. Gure says women prefer to have babies at home and often can’t make it to a hospital when there is a complication during childbirth. “By the time they go to the hospital it is too late. By the time they see there is a complication we can’t help anymore,” she said.

Gure is also interested in creating mobile clinics to reach more of the 2.7 million people who live in Garissa county, a region about half the size of Minnesota.

A lack of infrastructure is a larger problem that affects the daily lives of people across Kenya, and it is a significant barrier to getting medical assistance to individuals in an emergency. “There are no roads, no cars, no (911) network, they can not call anywhere, that’s what is causing the high mortality rate. You’ll see someone who dies from just hemorrhage,” she said.

From her experience as a public health nurse and her work at local hospitals and clinics in the Twin Cities, Gure is aware of what hospital equipment is needed to provide proper medical treatment. She says adrenal failure is a big problem across Kenya and if a hospital in Garissa County had access to a dialysis machine, many lives could be saved. She says she’s aware of how frequently medical equipment is updated at hospitals here in Minnesota and she is looking into the possibility of acquiring donations of older equipment from area hospitals to be shipped back to Kenya. “We can take care of the shipping. We can do fundraising with Kenyans in diaspora or the Somalis (in Minnesota). They are willing to help,” she said. “If we could just put those things in a container and ship it to Garissa that will make a big difference.”

Gure and members of her foundation met with Hopkins Mayor Eugene Maxwell on January 31 to discuss the possibility of donations from area hospitals as well as a mentor program between Hopkins city officials and Garissa County officials to connect more effectively with youth. “We have a lot of problems (with) terrorism recruitment on the ground, so I am looking for any institution that we can partner with.” According to Gure, youth who were in diaspora in other countries like the United States and the United Kingdom and then get into trouble are usually sent back to Kenya, where they are often they are seen as being ‘cool’ for their experiences abroad and become the wrong kind of role models for kids.

A combination of poor role models and a lagging education system are two issues concerning youth that Gure and her foundation would like to correct. Boys and girls are educated separately in Kenya, she says that there are between 6000 and 7000 students and only two schools for girls. Her foundation is working to find resources to build more schools for girls as well as to support an additional 9,000 students who have resettled in Garissa as refugees. Gure says that the county doesn’t have the resources to help them catch up to other students and as a result the combined student body of Garissa County placed 46th out of 47 counties in Kenya on the national exams.

Gure says the people of Garissa County have high hopes for her as one of the first female representative in Kenya and she is working hard to create change in the lives of her constituents. “If I just sit in the Parliament and, you know, just do legislation and law making, that will not make any difference in their life and the seat will become irrelevant,” she said. “I’m hoping to get a lot of help from Minnesota. This is my second home and I know that there are people who have good hearts here. And I know that there are strong women here who want to make a difference in other people’s lives.”

Honorable Shukran Gure will be in Minnesota until February 10 when she is scheduled to return to Kenya. More information about her work is available on her website: www.shukran4garissa.com.