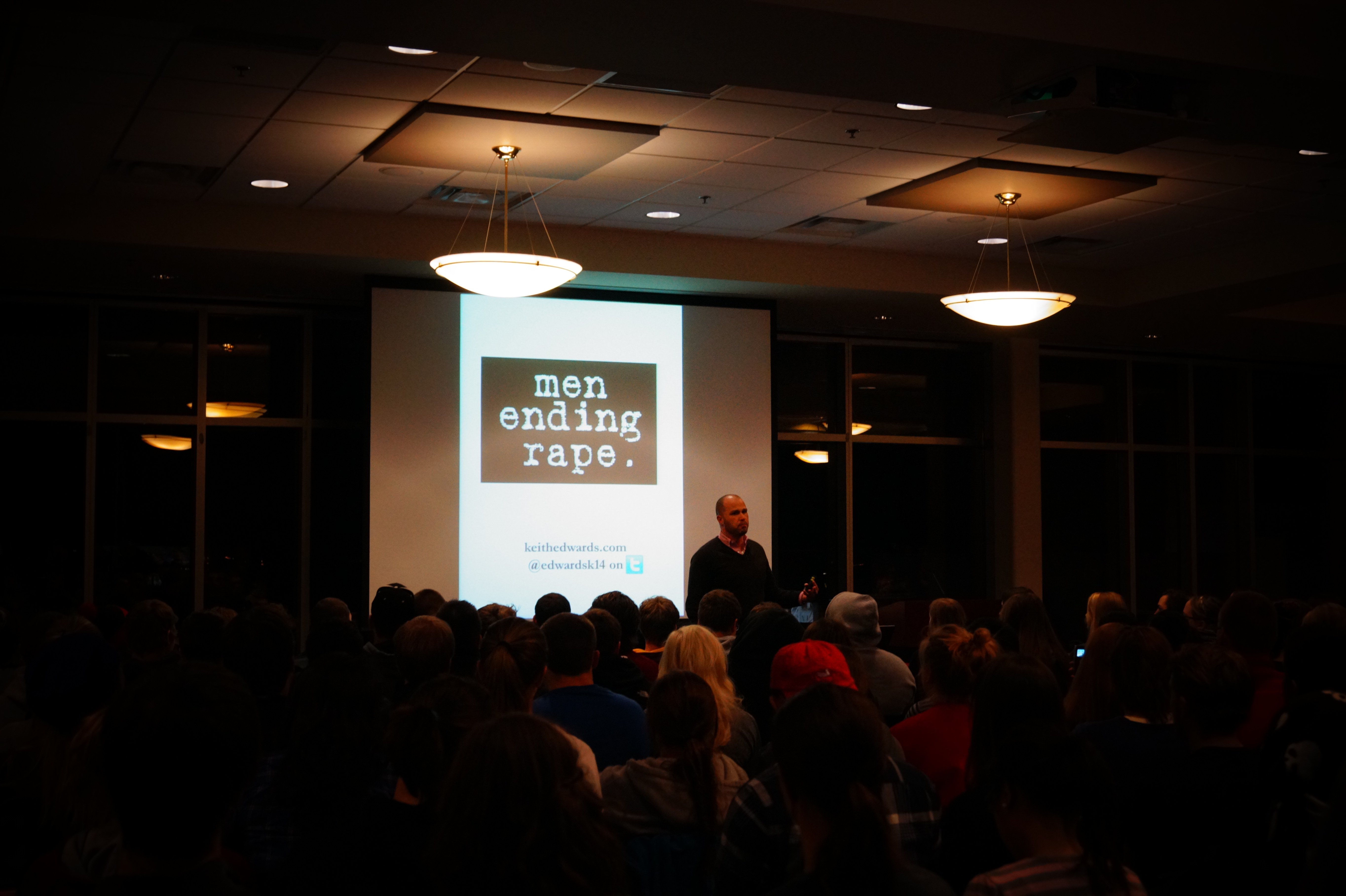 For Hamline University alumni Keith Edwards, rape wasn’t always a concrete definition. While at Hamline as an RA, he kept hearing stories from women of men hurting them. At first he resisted that rape was really a problem, but now Dr. Edwards is a national speaker when it comes to ending it.

On Nov. 11, Edwards presented at Hamline for Men Ending Rape, an event that aims to raise awareness of sexual violence by specifically targeting men, and educating them in ways to better prevent rape and change rape culture. The event was organized by the Hamline student congress.

“We talk about rape on who it’s happening to, but not who’s doing it,” Edwards said. “We can do better.”

Rape culture is the idea that the fault of the act focuses on the victim, rather than the perpetrator, and Edwards said that that narrative needs to change. We live in a world of male privilege, he said, and most of them don’t realize that they’re enabling rape culture. It’s everywhere, he said, from our advertisements, to our t-shirts, to our songs.

Edwards said that in order to increase rape awareness, people need to first understand the definitions of both consent and rape. There’s a line when it comes to consent, he said, and men need to be aware of both the legal and cultural rules when it comes to it. For instance, he said, legally, alcohol is considered a date rape drug.

“We need to have a proactive approach [to ending rape],” Edwards said. “We need to understand the perpetrators and what is driving them.”

Currently, one in four college women have reported surviving rape or attempted rape, said student congress president Allissa Heim. “My goal is to bring more of these conversations and speeches to light to help bring awareness and prevent future assaults.”

Hamline senior Terry Pegues said he was shocked by this statistic and didn’t realize the power he had just by being a man. “Regardless of how nice some men are, they still have the power to make women feel scared,” said Pegues.

Heim said she hopes that students will be encouraged and motivated from Edward’s speech and hopes it’ll help to prevent future assaults. She said Hamline University has a Green Dot program that aims at reducing power-based personal violence.

“Preventative measures at Hamline like Green Dot are helping prevent situations by brining awareness,” Heim said. “They’re helping students understands the topic better, while also showing them the resources available to them.”

Hamline junior Brenda Kell said she’s looking for strategies for rape prevention. “I want to be a part of Green Dot,” she said. “It’s something that hits close to home.”

For Edwards, he remains hopeful that rape culture can still change. “I am here to convince you that you can create a tangible and concrete impact,” he said. “I am doing this for the women I know and the men and women I’ll never know.”