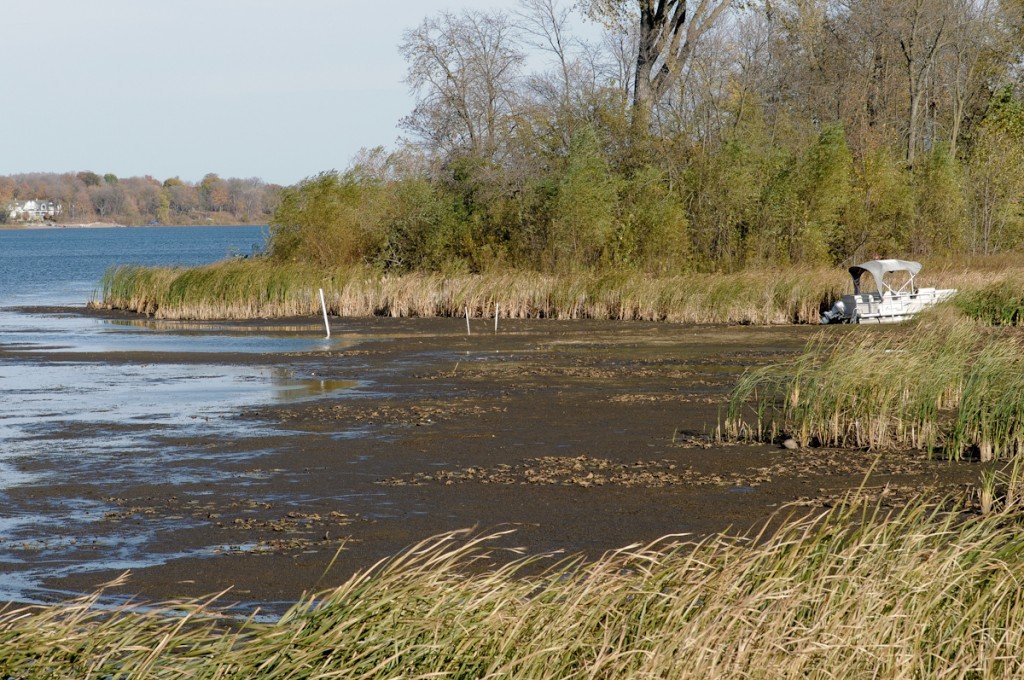 White Bear Lake has declined by several feet in recent years. Lawmakers have made the lake part of three groundwater management areas that are intended to establish sustainable levels of water use. (Photo courtesy of White Bear Lake Restoration Association)

In a state known for its bounty of water, Minnesota policymakers have traditionally wrangled more over the quality rather than the quantity of its lakes, streams and aquifers. But that has changed substantially in recent years, according to Rep. Rick Hansen (DFL-South St. Paul).

“You’re seeing the political demands of people needing water,” Hansen said. “These are debates that we didn’t think we’d be having in Minnesota, the Land of 10,000 Lakes. There’s going to be more of them as demand outstrips supply.”

The flashpoints in the water quantity issue have included the substantial decline of White Bear Lake north of St. Paul and the growing thirst of communities in southwestern Minnesota.

In 2013, lawmakers enacted what Hansen referred to as “the long view” by authorizing the Department of Natural Resources to set up groundwater management areas in three parts of the state that have seen troubling water trends. This year, he said, many proposals have hit closer to home and seek to build infrastructure to keep the tap flowing.

In a proposal that has raised concerns from some conservation groups, the Senate version of the supplemental budget bill, HF3172, would appropriate $800,000 from the Environment and Natural Resources Trust Fund to the Metropolitan Council to study the idea of augmenting White Bear Lake with Mississippi River water.

Hansen said infrastructure is one way to address the issue, but the state also needs to consider the more contentious option of restricting the appropriation of groundwater when the usage becomes unsustainable.

“This year what we’re seeing is the political pressure to respond by engineering solutions,” Hansen said. “Once we break that seal, it’s going to be a huge cost. I think we’ve got to have management. We can’t build our way to water management. We’re going to have to look at use.”

Lawmakers have mulled the water projects as the DNR has pursued the three pilot GMAs that are located in the north and east metro area that includes White Bear Lake, the Bonanza Valley in western Minnesota and the Straight River in northern Minnesota.

The DNR’s process for implementing the GMAs is being closely watched by officials at multiple levels of government. Rep. Paul Torkelson (R-Hanska) said the definitions for GMAs haven’t yet become clear.

“I think it’s appropriate to look at these things on a regional basis and water conservation should always be part of the equation,” Torkelson said. “But the concept of water management areas is very new and is really not very well defined.”

As the DNR moves forward with the GMAs, local governments and businesses have pushed this session for legislation that gives them more input in the process.

The omnibus DNR policy bill, HF2733, sponsored by Rep. David Dill (DFL-Crane Lake), has a provision originally championed by Rep. Linda Runbeck (R-Circle Pines) that relates to the composition of advisory teams that would assist the DNR in creating the GMAs. In response to concerns from local governments in the northeastern suburbs, the bill would require a majority of the advisory team members be from public and private entities that currently hold water use permits in the affected areas.

“This is getting the right people at the table,” Runbeck said during April 8 House floor debate. “You’ve still got the DNR that is going to make the final decisions. But you’ve got stakeholders that I don’t think you want to dismiss…certainly with respect to cities and city managers who run water utilities. They are experts, they have great ideas, they’re already proactive in this area and want to do the best for the water resources.”

The conference report, which hasn’t yet been re-passed by the House and Senate, would direct the DNR to consult with local government associations like the League of Minnesota Cities in appointing local government representatives to the advisory teams. The teams would also allow representatives of institutions of higher education. The DNR would consult with the advisory team at least 30 days prior to implementing or modifying a GMA plan.