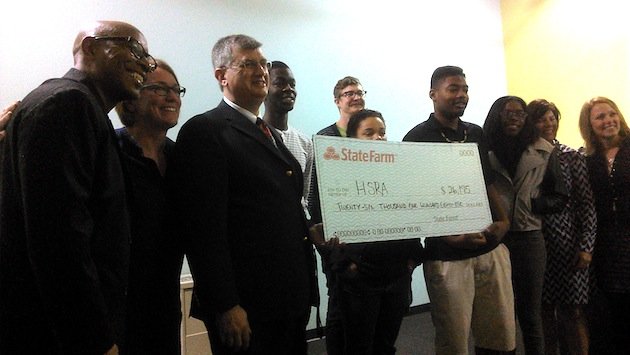 That’s how Tiana Liggins and Shanay Miles, High School Recording Arts (HSRA) 12th grade students and cyclists, described their bicycle journey in the “Keeping it Wheel” documentary film project.  With a group of twelve fellow classmates and staff advisors, including project coordinator Renee Swanson, they traveled by plane from Minnesota to Montréal, Canada and then biked 350 miles to Quebec City, Canada.  For some of the students, this was the first time on a plane or traveling outside of the United States; this was the first of many firsts.

“Keeping It Wheel” had a celebration debut at HSRA Friday October 11. Cornelius Sangster HSRA student and, film director of “Keeping it Wheel,” documented this bike journey from the perspective of the HSRA students. Sangster dedicated the film to the 19th century African American race cyclist Major Taylor.

With Two Wheel View providing bikes upon their Montréal arrival, the group spent time touring the Montréal neighborhood, Côte-des-Neiges, and McGill University radio station, where the young people shared beats and rhymes. The film captures beautifully how music breaks the ice between the young people from Montréal and Minnesota. After resting from their tour, the film begins the bike road trip. Embarking on their bikes, a bright sunny day transformed to rain and windy cold weather for five days and four nights. Students learned to persevere and complete a project. Along the way, they learned about a different history, environment and way of life as well as how to cook, camp and make do when things just don’t go right.

The creativity of the youth is joyfully evident throughout the film in an energetic song and dance theme song, “Keeping It Wheel” and also Marqueta Gaines, rapping, “Where is Your Safety Gear?” This rap used smart rhymes and catchy beats to teach basic bike safety and the importance of wearing a helmet.  Returning to Minnesota, the HSRA students found a new appreciation for the creature comforts of home. 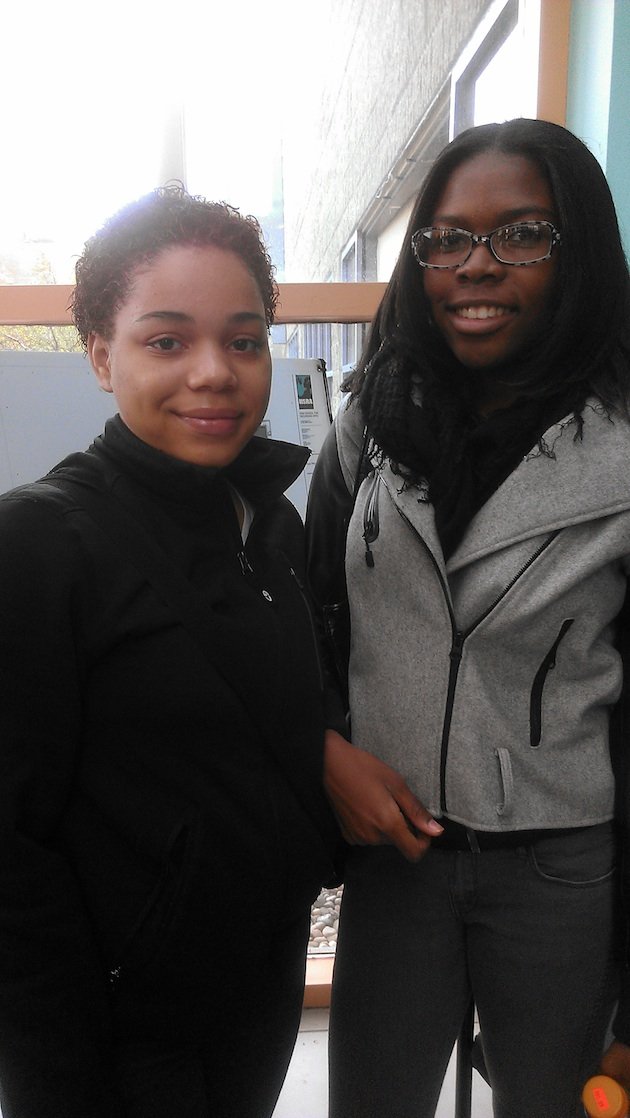 Following the end of the film, State Farm Insurance Company, major sponsor of “Keeping It Wheel” and HSRA, presented a $26,000 check to help support urban youth cycling projects and healthy youth development. Kelly Savage, Public Affairs Community Specialist, State Farm and Hamza Musse of the State Farm Youth  Advisory board in addition to community partners Cycles for Change, Rock the Cause and the Sierra Club were on hand for the special celebration.

Tony Simmons, HSRA Executive Director, said, “Youth of color are involved in urban cycling and connecting to health and environment.  In the near future I’d like to see this film entered in film festivals, like Seattle International Film Festival.”

HSRA, founded in 1998, recently moved to its present location, the former Bally Total Fitness Center on Lexington Avenue in St. Paul. HSRA is a charter school for grades 9-12 engaging students through music who might otherwise drop out of school and be on the streets without an education.