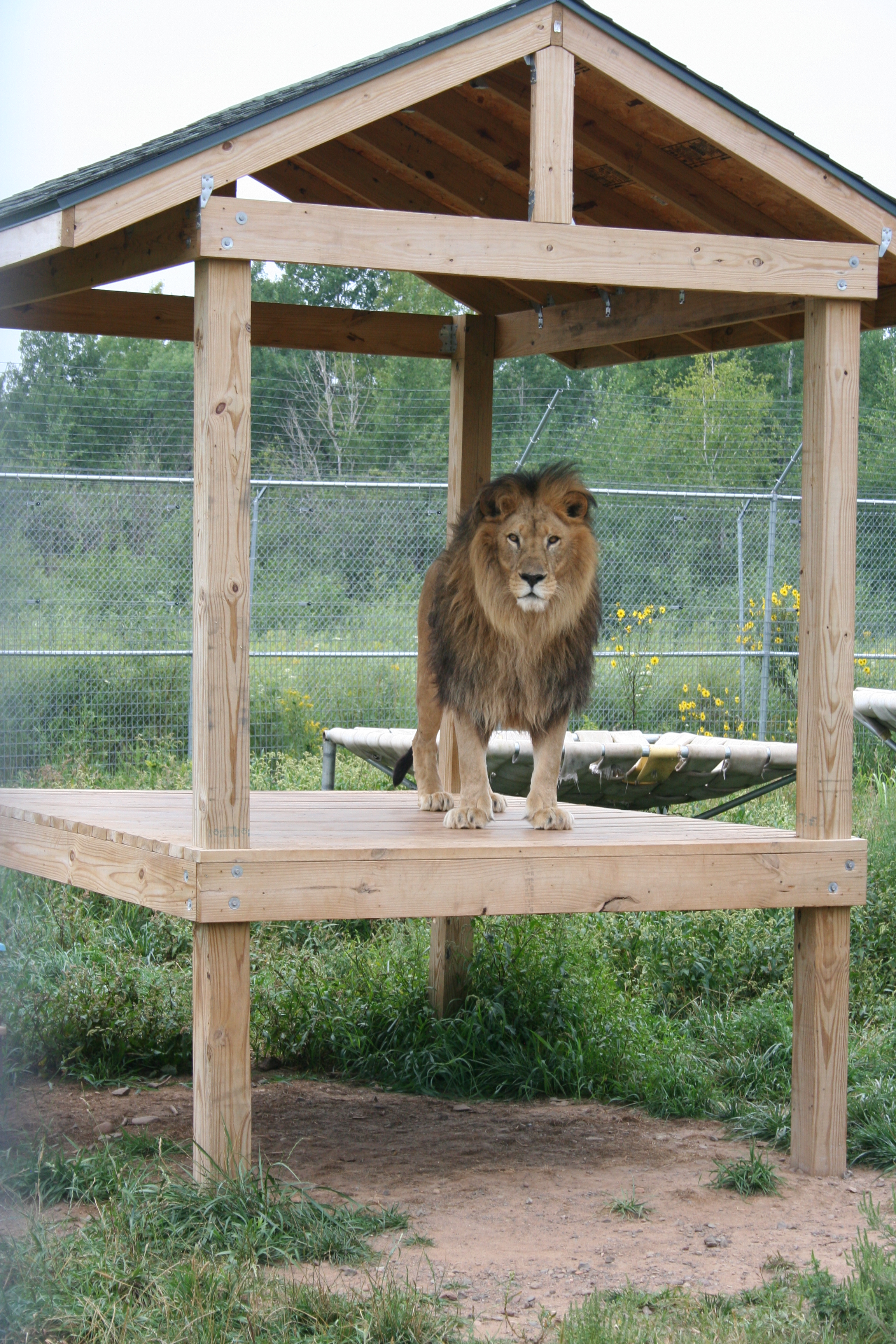 “What happened in Zanesville, Ohio was a tragedy!  That one particular day could have been avoided.,” said Tammy Theis, the director and founder of Wildcat Sanctuary in Sandstone, Minnesota. “Ohio does not have a law on possession and buying of wild animals.  Prior to the incident, the owner of that facility had been cited on animal abuses and neglect plus illegal possession of firearms.”

In 2005 a law was passed in Minnesota, Minnesota Statute 346.155, which prohibits the ownership of exotic cats, bears, and primates.  “It is a good law,” said Theis.  “And it is only as good as it is enforced.  You can purchase animals with a click of a button on the Internet, but you cannot possess these animals.”

“It was a fluke that lead me into providing a sanctuary for wildcats.” said Theis, “I had wanted to be a corporate executive in the advertising business after graduating from St. Thomas College.  One day I was next door to a photo shoot of baby tigers, when I began to see the abuses of these animals and I started advocating for better treatment of cats.  The more I advocated the more involved I became.  Not in my wildest dreams, did I think I would be leading an organization for wildcats.”

Wildcat Sanctuary was established in 1999. The no-kill sanctuary provides life long care to 100 cats on 40 acres of land. They do not buy, breed, trade nor use the animals for commercials uses.  It is the only accredited wildcat sanctuary in the Midwest region, according to Theis.  They have four paid staff and 50 volunteers. It gets no public funds only private donations.

Humane Society of the United States estimates that 10,000 large wildcats are in private ownership across United States of America.  In Friday, October 28 issue, USA Today  stated that tigers, lions, leopards and cheetah have been devastated in the past half-century.  Will they be extinct in 20 years, asks National Geographic-sponsored Big Cats Initiative?

Presently, Theis is transporting cougars from Colorado to a licensed facility in Nevada.  She suggests that people attend only accredited facilities like the Minnesota Zoo.  According to Theis, traveling shows buy and breed wildcats for money and entertainment.

“What I do is only a band aid.  Stop the sale of wild animals would be prevention,” said Theis.  “No more wild pets can create a world where animals sanctuaries are no longer needed.”