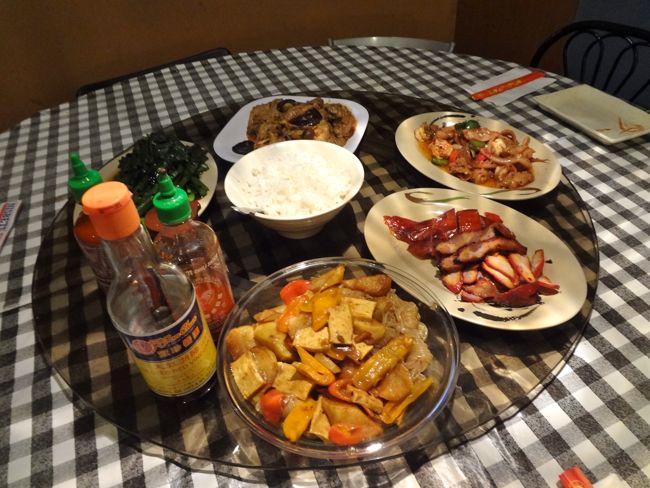 I try to be discreet about it, but I have this really bad habit of wandering around in Chinese restaurants to see what the other diners are eating—especially if the other diners are Chinese. I always have this suspicion that I am missing out, and that the Chinese customers know about dishes on the menu that I don’t know about—or dishes that aren’t even on the menu.
This bad habit is especially hard to resist at a place like Keefer Court, the little bakery and cafe at Cedar and Riverside on the West Bank. It’s tiny, with just a few tables squeezed in behind the bakery counter, but the food is very authentic, with a good selection of inexpensive rice plates and noodle dishes that attract an Asian student clientele. They also offer barbecued roast duck and beef, and an assortment of tasty sweet and savory pastries.  Chef Jack Ma is one of the most talented Chinese chefs in the Twin Cities—he was one of the cooks who prepared the banquet for our wedding rehearsal dinner back in 2002 at the late Robert Lee’s Dragon Court restaurant. 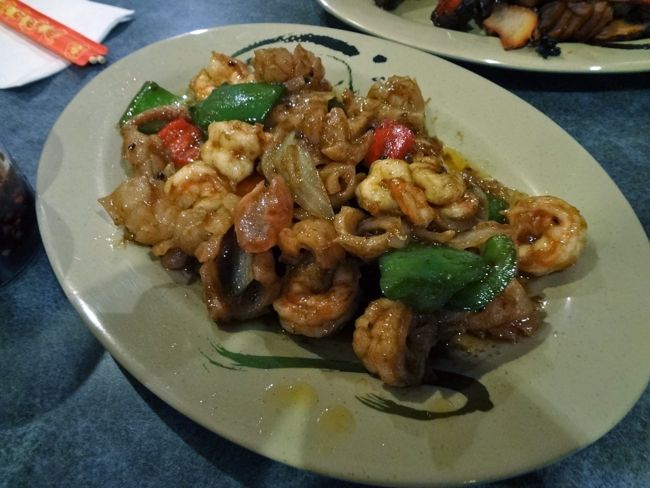 So, on a recent Saturday night, we were sitting at Keefer Court waiting for our dishes to arrive, when the waiter started delivering big plates of food to a couple of adjacent tables, where nobody was sitting. First came platters of red-glazed barbecued duck and pork, followed by a dish of shrimp and squid stir-fried with peppers and onions in an intriguing satay sauce. Then a dish of tofu and chicken wings, followed by a plate of gailan, Chinese broccoli. 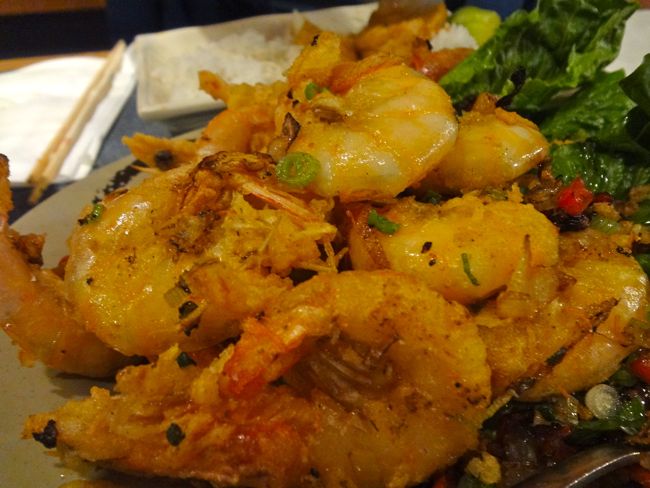 We had already ordered our entrees from the list of Chef Specialties at the back of the menu: salt and pepper shell-on shrimp  ($13.95), grouper fillets with light sauce ($13.95) and fried tofu, black mushrooms and baby bak choy ($9.95). While we were waiting for our orders to arrive, the guests arrived at the adjacent tables—a party of about 10 ladies who had, I learned, worked up an appetite playing mahjong nearby. One of them looked familiar: Pauline, who owns Keefer Court, with her husband, Sunny Kwan. 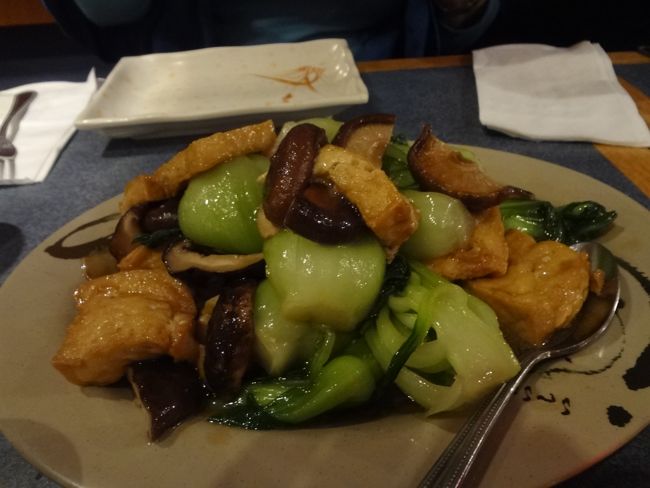 Our dishes were all delicious—eating the shrimp with their crisply friend shells still on gave them an added dimension of texture and flavor, which contrasted with the delicate texture of the grouper fillets. And the umami-rich black mushrooms in the tofu and bok choy dish gave that dish a savory intensity. 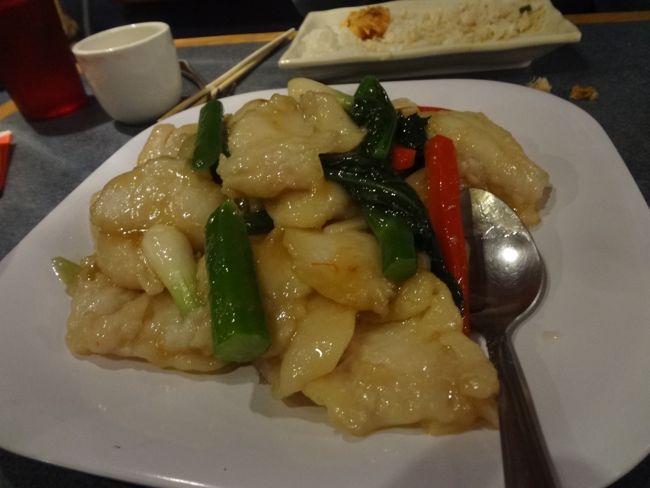 But I couldn’t help but wonder what I had missed. So Carol and I returned a few days later and ordered the satay shrimp and squid. Unfortunately, the kitchen was out of squid that day, so chef Ma prepared it with shrimp and scallops instead. How was it?
Pretty good.
Also read Sunny Kwan’s fortune cookie recipe—revealed! (Jeremy Iggers, 2007) and Keefer Court: Baking a fortune (David Madsen, 2010).