University of Minnesota President Eric Kaler testified for the first time at the Higher Education Policy and Finance committee meeting Thursday at the State Office Building. Kaler presented the 2012 Capitol Budget Request for the University. (Photo by Marisa Wojcik)

University of Minnesota President Eric Kaler returned to the Legislature Thursday to once again make his case for more funding for the University in the upcoming bonding bill.

It was Kaler’s first trip to the House Higher Education Police and Finance committee, where he demonstrated to legislators the University’s value to the state and the need for funding, especially for repairs and upkeep to buildings. He visited the Senate’s higher education committee last week.

Kaler told the committee that while he was thankful for money he had received in the past, especially the $83 million the University received for the Physics and Nanotechnology building that broke ground last fall, Higher Education Asset Preservation and Restoration (HEAPR) funds are necessary.

The HEAPR funds are necessary now, Kaler said, so that the University doesn’t have to pay for continual upkeep of deteriorating buildings.

“As my wife Karen told me, quiet poetically,” Kaler said, “HEAPR is cheaper.”

Of the 850 building between its five campuses, Kaler said, “25 percent of our buildings are at least 70 years old.”

Legislators asked the president for more detailed information on the University’s economic impact on the state and the impact of cuts made to the University to be able to fully understand its need.

Rep. Gene Pelowski, DFL-Winona, said former University president Bob Bruininks had in the past provided thorough data in that area and that he hopes Kaler will do the same.

Although the University requested $90 million in its HEAPR request in the fall, Kaler said that was a fraction what’s needed to make necessary renovations and maintain buildings.

“These are certainly not the University’s entire HEAPR needs. That number is so large. Well more than $500 million if not closer to $1 billion,” Kaler said.

In addition to his administrative team, Kaler also brought with him students from the Minnesota Student Legislative Coalition to provide a student’s perspective on the discussion.

MSLC director Christopher Tastad testified to the value of his experience at the University’s Lake Itasca Biological Station and its influence on incoming students. The station, as well as the Old Main Utility Building, is a component of the University’s capital request that Dayton included in his initial bonding request.

“I think it’s very important that we get this HEAPR number up and the steam power plant and Itasca remain in the bill,” Kaler said.

Tastad said MSLC supported the University’s request and hoped legislators would be receptive.

“I think the University’s put together a modest proposal,” Tastad said.

Kaler said he was unsure whether the HEAPR funding could increase in the final bonding bill.

“It’s too early to be sure of that. I’ve had conversations that are encouraging,” Kaler said. “I’m not hearing people say absolutely no way.” 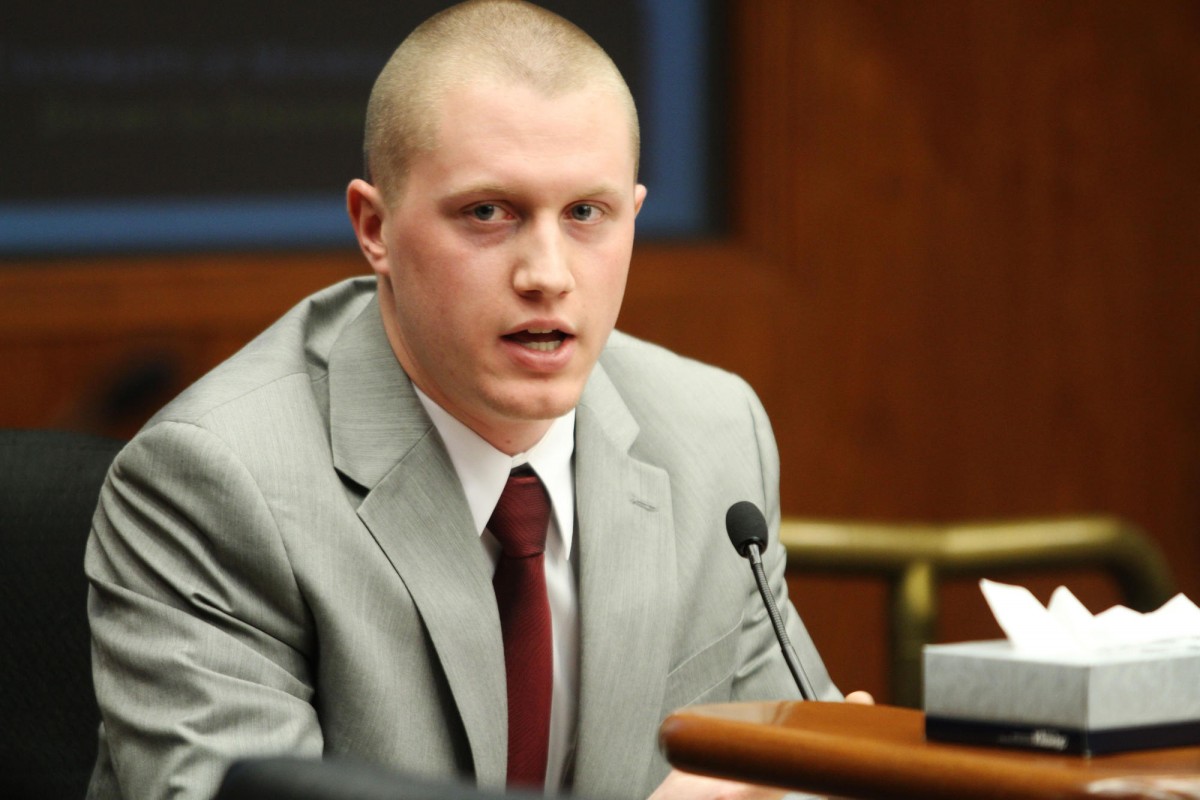 Christopher Tastad, chairman of the Minnesota Student Legislative Coalition, testified with President Eric Kaler on behalf of the University of Minnesota during the Higher Education Policy and Finance committee meeting Thursday at the State Office Building. Tastad, a biology senior, spoke to the value of his experience at the University’s Lake Itasca Biological Station.