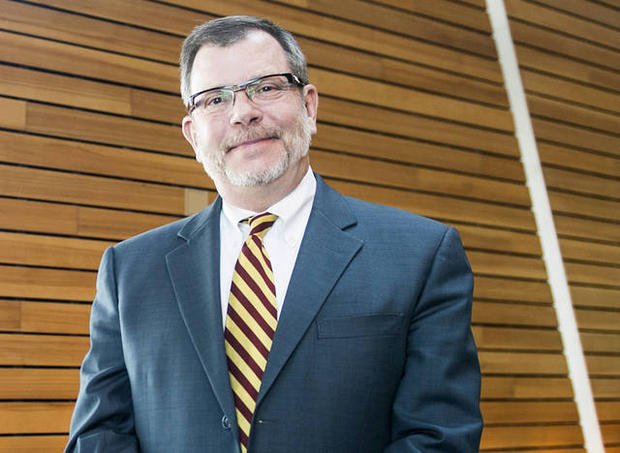 After a student group raised criticism on the University of Minnesota’s commitment to diversity, President Eric Kaler has plans to confront their concerns.

While administrators say the school is working toward building a more diverse climate, the student organization Whose Diversity? is among a group of students, staff and faculty that is criticizing the institution’s efforts to increase and retain students and employees from a range of backgrounds.

Whose Diversity? sent a letter to Kaler early last week demanding he meet with members at an off-campus location — the Brian Coyle Center — to discuss how the University can work toward becoming more inclusive.

In the letter, the group said it would “take action” if Kaler didn’t respond by Nov. 7. He has agreed to set up a time to meet but said he would prefer that the meeting take place at the school.

“[I] understand their point of view,” Kaler said in an interview on Monday afternoon. “It’s, I think, important that we talk this sort of exchange … and we’re on the same side as far as I can tell. I want this to be a more diverse University.”

While Whose Diversity? says the school needs to ramp up its efforts to diversify campus, Kaler said in his response letter that school leaders have made significant efforts to address the issue.

This isn’t the first time the group has presented diversity-focused demands to the University.

In the spring, Whose Diversity? presented Kaler with a hefty list of demands in an effort to change University policy regarding diversity and inclusion on campus.

The group’s demands center around engaging with, recruiting and retaining students from historically marginalized communities. More than 700 people have endorsed the group’s demands, including University students, faculty and staff members.

One of those faculty members, Jennifer Pierce, interim director of graduate studies and American studies professor, said she agrees with Whose Diversity? — particularly with its claims about “cosmetic diversity” at the school.

The group on its website argues that the University is only interested in “cosmetic diversity” — appearing to be diverse to the public — and true diversity can’t be “achieved by sprinkling a few faces of difference on catalogs and advertisements.”

Pierce conducts research on race and gender in workplaces. Her research has shown that “welcoming and inclusive organizations can only be created by bringing in more than a few token people,” she said.

Lisa Albrecht, associate professor in the School of Social Work, pointed to the University’s recent decision to close the Postsecondary Teaching and Learning Department — which focuses on serving underrepresented students — as a failure to provide educational access to all students.

She said she endorsed the demands of Whose Diversity? because she has personally witnessed multiple faculty members leave because of the University’s lack of effort to address issues in the demands.

One of those faculty members, Louis Mendoza, served as the chair of the Department of Chicano and Latino Studies, as well as associate vice provost in the Office for Equity and Diversity.

“At a personal level, the University was very good to me in terms of opportunity,” Mendoza said. “But as somebody that struggled to provide leadership to diversified faculty, I think there was a lack of commitment from the senior administration and the college.”

Mendoza said his disagreement with how the school handled diversity was part of the reason he left for Arizona State University earlier this year.

“You cannot diversify your faculty unless you prioritize it and you put money behind it,” he said.

Whose Diversity? is hoping to tackle this type of problem with its demands, said group member Joanna Núñez, a third year Ph.D. student in feminist studies.

“We have learned that through the history of this University, the only way that anything gets done is through direct action and making demands,” she said.