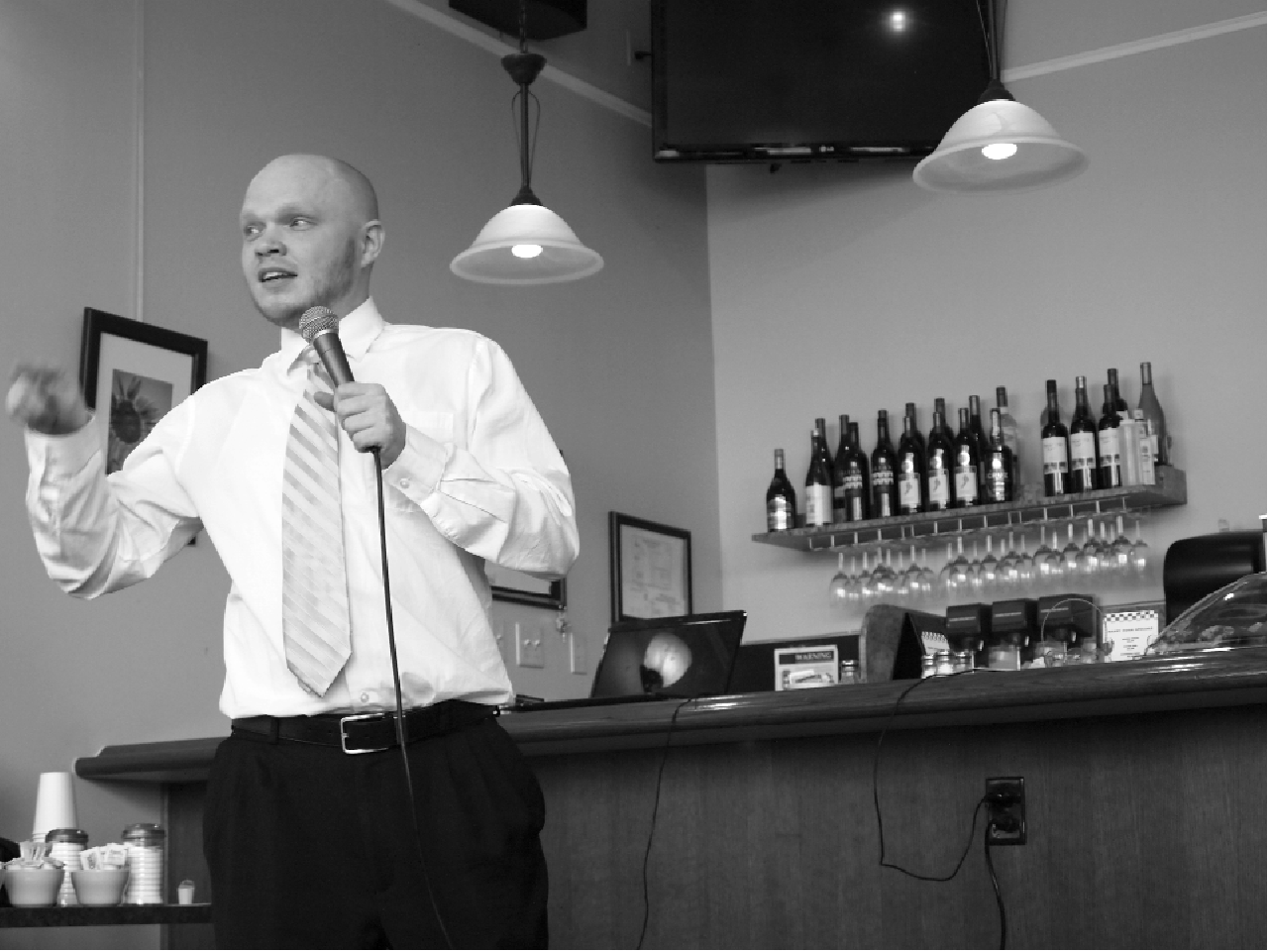 Endorsed by young people he’d mentored, and others who worked to save North High School, Kale Severson laid out his platform. (Photo by Margo Ashmore)

A homeowner, a mentor that young people look up to, someone who leads by example; that’s how Sy Huff and a host of other speakers described their candidate for Minneapolis Fifth Ward City Council, Kale Severson. He announced his candidacy on April 19 at Lowry Cafe, avoiding the precinct caucus and party convention scene.

In fact, Mel Reeves, who describes himself as “an old school radical” said “we ought to do our own thing” and announced an organizing meeting for the following Thursday at Zion Baptist Church, site of many Save North High meetings.

His supporters credit Severson for keeping North High School alive. Bates led an auction-style fundraising call which by the end of the evening had them lined up to make good on their financial commitments.

Severson said, “I’m an advocate, that’s what I’ll do.” His issues: “Broadway Avenue is the same if not worse” than when he grew up here. “Bring in good businesses to pay good wages to people in the neighborhood. Beautiful, for profit. A place to sit down and eat. Long term jobs, long term housing. Renters need to feel safe.” North Minneapolis should be a destination, a place to stay beyond two-three years, he said.

Severson wants a community benefits agreement surrounding “that train” and any trolleys serving the Northside. Northside people should be constructing, driving, and fixing the Bottineau transit line, he said.

“Our kids are our biggest assets. More money for kids’ summer jobs. They have a sense of pride when they can buy their own shoes. I will not cut any kids funding, not one dollar. Now we’ve got to get people to the polls because together we are the Northside,” Severson said.

CORRECTION: NorthNews incorrectly identified one of Kale Severson’s supporters in the article about his campaign launch; Mel Reeves. Severson, president of the North High School alumni association, is running for the 5th Ward City Council seat, and 40-50 people attended the rally.