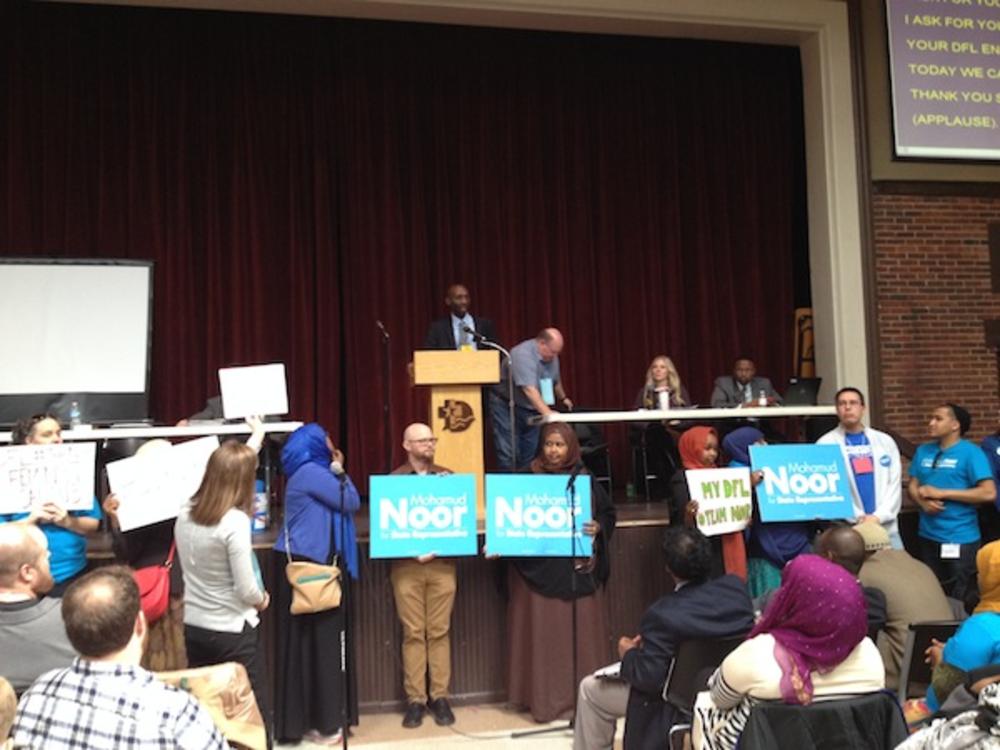 The end of the divisive race between 42-year incumbent Rep. Phyllis Kahn, DFL-Minneapolis, and Somali-born Mohamud Noor to represent the University of Minnesota’s area at the Capitol is on the horizon.

On Tuesday, voters will decide which Democratic-Farmer-Labor candidate has the most support to represent House District 60B at the state Legislature next session. While Noor says the area’s needs are changing and new representation is needed, Kahn says her long, successful career shows that she’s the right person for the position.

District residents from around the University of Minnesota area will vote in the primary election Aug. 12 and choose which candidate should advance to the general election in November. Both Noor and Kahn are running to win over the historically left-leaning district without their party’s endorsement.

And along the candidates’ campaign trails, Noor has ignited a new form of political activism from Somali-Americans in the Cedar-Riverside neighborhood, heightening pressure on Kahn, a 21-term legislator, to prove she’s fit for the role.

Over the last few months, tension has stirred between the candidates and their supporters. Both Kahn and Noor have dealt with allegations of voter fraud, a neighborhood caucus that ended in chaos and other claims aiming to hinder the political process.

“I think we’re seeing each side looking for an advantage,” said Humphrey School of Public Affairs professor Larry Jacobs. “This is a competitive race, and politics isn’t always played in a genteel matter.”

Noor said the focus of his campaign is uniting people in the district — for example, connecting the University with its surrounding communities to tackle issues like cleaning trichloroethylene, or TCE, vapor contamination in the Southeast Como neighborhood and growing area business.

But Kahn said after advocating for the University for more than four decades, she’s seen the ties between the school and surrounding area strengthen, and she said her longtime experience would help continue that growth.

“In the Legislature, seniority totally deals with the kind of power that you have,” Kahn said.

Platforms aside, he said, the race’s real issue is reaching and identifying with voters, especially within the Somali community — a group that is newly joining the political process and looking for representation.

“It appears that Noor has really activated the Somali community and that could be a big advantage for him,” Jacobs said. “I think it’s very difficult to forecast who’s going to win here.”

Still, Kahn’s power as an incumbent can’t be matched, he said.

“The reality is, the seniority and influence that Phyllis Kahn has at the Legislature is extraordinary,” Jacobs said. “She’s a real powerhouse.”

Kahn said her major accomplishments include authoring the Minnesota Clean Indoor Air Act, helping with the passage of the Women’s Economic Security Act and consolidating the state’s information systems, which she said saved the state millions of dollars.

Kahn said her position as chair of the Legislature’s Legacy Committee allows her to set agendas and impose authority over the committee’s direction, which a newcomer like Noor might not have the opportunity to do.

Noor acknowledges Kahn’s successes but said it’s time for the area to have a new leader to reflect its changing needs.

“Demographically, this district has changed,” he said. “It needs somebody who is not just going to go to the Capitol to write bills and develop laws … as a legislator — it needs someone who is going to be a representative.”

If elected, Noor said he plans to focus on education initiatives in an attempt to close the K-12 achievement gap, boost graduation rates and alleviate student debt. He also said he hopes to use the University as a way to attract people to the area.

Two Republican candidates, Abdimalik Askar and Abdulkarim Godah, are also running in the primary election, looking to secure the party’s spot in the general election.

Askar is the first Somali-American to win the state’s GOP endorsement for the Minnesota Legislature. Like Kahn and Noor, he said he hopes to focus on education if elected.

Minnesota Public Interest Research Group executive director Ryan Kennedy said that with University students as a significant portion of the district’s population, the person who receives the area’s vote will have to voice students’ concerns at the Capitol.

“Whoever is representing the district next year certainly has a great opportunity to be a strong advocate for students,” Kennedy said.