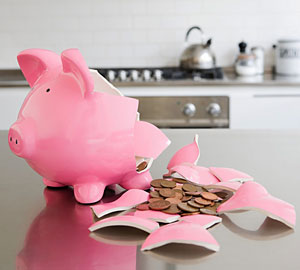 Tuesday afternoon, Bluestem posted guest commentary by Javier Morillo-Alicea, A modest proposal to progressives for renaming the “school shift.”  Morillo-Alicea argued that by forcing districts to borrow money since state aid would be delayed, the “school funding shifts” amount to a gift to the banking industry, since those loans come with interest.

Thus, less of districts’ dollars go toward educating kids and more to servicing interest on loans.

About the $50 per pupil increase

A friend was quick to post a comment that the bill would provide $50 per student to help pay for the cost of the loans. And a source in the governor’s office explains that the $50 per pupil increase will more than cover the cost of servicing loans forced on districts who must borrow money from the private sector.

Perhaps so, but some of that money is still being spent on debt and not on educating kids.

Textbooks? Teachers? Heavens forbid that Minnesota could make taxes more equitable–instead, the bill borrows from education funding, then gives schools a pittance to help out with the loans they’ll need because they didn’t get the money when they needed to spend it. Meanwhile, the lenders make money off this “solution.”

In With budget deal schools will feel the pain — but it could have been worse, Minnpost’s education columnist Beth Hawkins wrote on July 18:

The pain: In addition to borrowing at the state level, the spine of the deal on the table would allow the state to hold back  40 percent of schools’ already bare-bones budgets until next year. This will force virtually every school system in the state to borrow in addition to cutting back.

Dayton did negotiate a $50-per-pupil hike in general education funds to offset the cost of servicing the debt, but at first glance school administrators weren’t mollified.

And, offset notwithstanding, the shift will be disastrous for many charter schools, which will not be able to borrow at rock-bottom government rates, by issuing bonds. Without affordable credit, good, gap-closing programs may simply up and close.

Hawkins’ information is found in other reports (see here and here for examples) She has yet to post an update on the final K12 deal at Minnpost.

Not that the press is being easy on the details of education funding in the new budget. Take Jodie Tweed’s article at the Brainard Dispatch, School funding up slightly, which gets into the ugly details of borrowing:

The basic formula allowance was increased by $50 per pupil in Fiscal Year 2012 and FY2013, said Steve Lund, director of business services for Brainerd schools. Lawmakers are calling this a 1 percent increase but Lund said it falls slightly short of 1 percent. The basic formula is currently $5,124 per pupil and for Brainerd Schools, an increase of about $365,000 per year.

“Our basic formula aid is only one component of our total funding, so what is being commonly referred to as a 1 percent increase, really only represents a one-half percent increase on our total budget of approximately $70 million,” Lund explained.

But school districts like Brainerd are then left to pick up the bill and borrow funds themselves to cover their costs. Lund said the district receives about $50 million in state aid and a further delay of 10 percent will mean another $5 million that won’t be reimbursed until the following year. It will cost the district about $50,000 to issue the additional bond and pay interest.

“So, they are going to provide us with about $365,000 of added funding, while they withhold another $5 million of our total funding, which equates to less cash flow and about $50,000 more in expense,” said Lund. “This will push our accounts receivable balance with the state up to a level of approximately $20 million at the end of the fiscal year.”

Wednesday was a good news/bad news sort of day for public education in Minnesota.

There’s disappointment in the state’s decision to delay paying state aid to the public schools that are dependent on it. But school officials are pleased, maybe even relieved, to have a signed state budget agreement following this week’s special session of the Legislature. . . .

. . .In recent history, the state has paid school districts a percentage of their state aid in one fiscal year and shifted the remaining payments into the following fiscal year.

That means that in the current fiscal year, schools will receive 30 percent of last year’s aid payments and 60 percent of this year’s payments. That is likely to have a significant impact on cash flow, as schools depend on the state for about three-quarters of their annual revenue.

Schools will also pay fees and interest to borrow money to get through the year. To help offset that cost, the Legislature increased the general education aid by $50 this year and another $50 next year.

“They used education to balance the budget again,” he said. “I would hope there are no legislators out there who are bragging about the K-12 bill.”

Paul Carlson, superintendent at New London-Spicer Schools, said he was disappointed that the state was using the “same old tactics” that have been used in the past. “It’s time our leaders talk about making investments in education.”

The shifts have been used to varying degrees for eight years in a row, Carlson said, and the practice serves to delay dealing with state financial problems.

Carlson said he is pleased to see the increases in state aid, after years of no increases at all.

Vandwerf also noted that proposed changes in integration funding “would have affected a number of districts in west central Minnesota.” This is curious since the funding is spun by the GOP as an urban/rural, “us” v “them” sort of thing (as if those in the metro are less real than people here out on the prairies).

The Eden Prairie News reports Republican Representative Jennifer Loon’s mention of the purpose for the money:

Loon noted that she was not in favor of doing the school shift but it ended up being “one of the only pathways to end the government shutdown.”

She said that there is additional money in the budget ($50 per child per year) to cover the additional costs of the delayed funding.

Other politicians aren’t so forthright. In a podcast interview with Scott Hennen, Gretchen Hoffman mentions the $50 bump, but not its cost. (Bluestem will have more on this remarkable interview later).

The Pioneer Press’s Bill Salisbury doesn’t note the general $50 increase, but does include news of some loan relief for charter schools:

Charter schools, which will be hit hardest by the state aid shift being used to balance the budget, will get some relief from the holdback. The education bill included $25 per pupil for charters to help offset their borrowing costs. They also will have access to a $10 million state fund that allows school districts in statutory operating debt to borrow money at low rates.

So here Minnesota is: raiding our education coffers, rather than creating a more equitable tax structure, and forcing school districts to borrow (at interest). And to pay that interest off? A bump in per-student funding across the board, with a little extra for the hard-pressed charter schools.

Not a penny more indeed–except for when we raid the kids’ piggy banks.  There’s money to help pay for that. Wouldn’t it be better to pick options that don’t force schools to borrow at all?

The folks at the SEIU MN State Council are not pleased and have called for banks to sacrifice as well by offering interest-free loans to the schools. Taxpayers bailed out the banking industry, the union’s logic goes, so perhaps a community-minded contribution is in order:

These banks are a member of our community, and they rely on a well-educated Minnesota workforce. We are calling on banks like Wells Fargo and US Bank to lead by stepping forward and offering to waive interest and fees on borrowing forced on our schools by these GOP budget gimmicks. To do otherwise would be shameful. We bailed out the banks – now it’s time they recognize their role in helping the communities they serve.”